Why are some breeds named as they are? The unwanted dog who made good

In the early 1900s, when Alexander White took pity on the small brown stray dog he spotted wandering near the church he attended, he planned nothing more ambitious than to keep Dumpy, as he was christened, as a cherished pet. But Dumpy was not the sort to laze around enjoying the good life, and after noticing that he took a keen interest in birds, White sent him to his hunting partner in South Carolina for training. Dumpy blossomed in his new career as a turkey hunter and retriever, and went on to found a whole breed, which was named after the man who trained him — L. Whitaker ‘Whit’ Boykin. The breed, which had started with an unwanted stray, was adopted as the official state dog of South Carolina, where September 1 is celebrated as Boykin Spaniel Day. 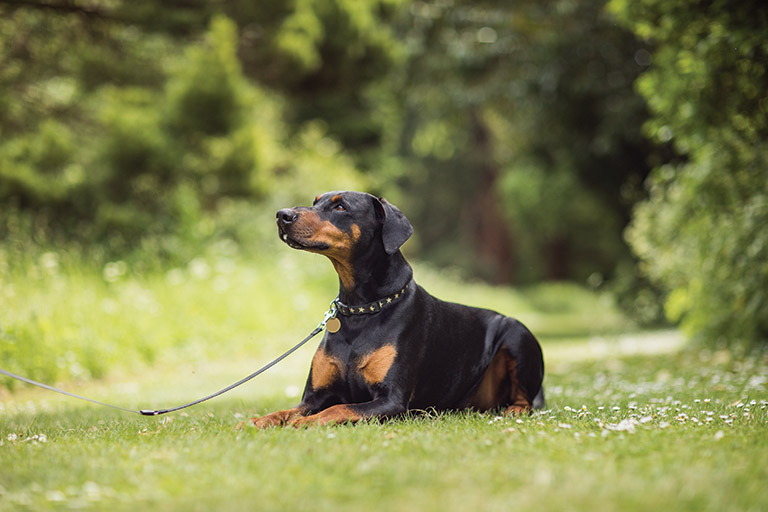 Being a tax collector in Germany in the late 19th century was a hazardous line of work, particularly when it took you through bandit-infested regions. Karl Friedrich Louis Dobermann decided he would be safer from attack and robbery if he had a dog by his side. His ideal canine protector would combine strength, loyalty, and intelligence with ferocity. What he needed, he thought, was a new breed, and he set about putting his idea into action around 1880. His plan was helped along by the fact that he ran the local dog pound, so had many types and breeds of dog to draw upon while developing his ideal protector; those thought to have contributed include the Beauceron, German Pinscher, Rottweiler, Weimaraner, German Shepherd, Greyhound, and Manchester Terrier. Following Dobermann’s death in 1894, the breed he had created was named after him in his honour. 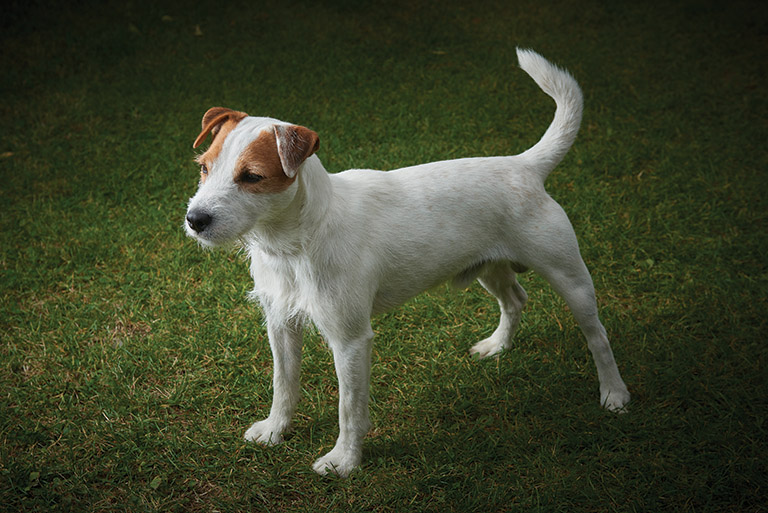 The leggy, energetic Parson Russell Terrier was formally recognised by the UK Kennel Club in 1990, but its origins stretch back to 170 years earlier when the breed’s founder was studying at Oxford. Something about the small white and tan bitch he saw accompanying the milkman caught Reverend John ‘Jack’ Russell’s attention. After persuading the man to sell her, the hunting-mad Russell took her home to Devon where he discovered Trump’s special skill: the ability to keep up with hounds, then face down a fox which had gone underground, and flush it out again — but without ever attacking it. Trump went on to found a dynasty, and within 30 years her progeny were in demand with every fashionable Foxhound pack in England. 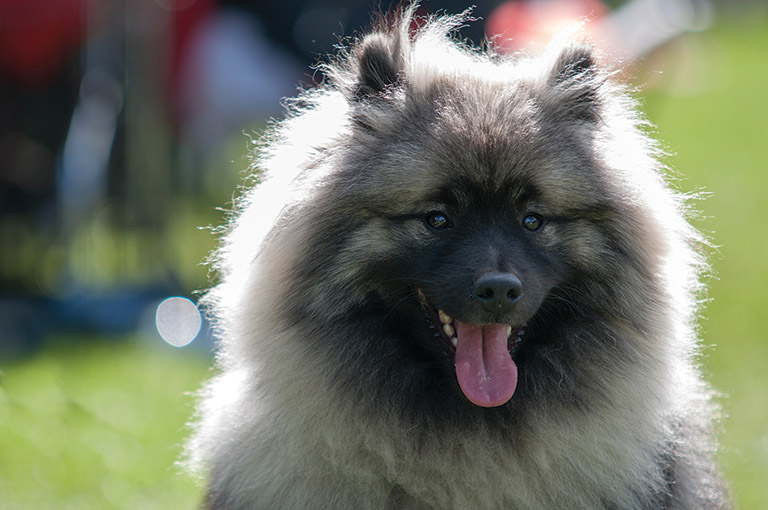 The Keeshond’s origins are said to date back many hundreds of years, to a time when a Friesian fisherman and his dog rescued the only survivor of a Viking shipwreck. Another storm blew up almost immediately, blowing them far off course to the south. When the trio finally landed, they built a small chapel in gratitude for their deliverance, around which a village grew, eventually expanding to become Amsterdam. The legend of the little dog was never forgotten and to carry one
on a ship or barge was considered good luck. Fast forward to the late 1700s and Holland seethed with political unrest, split into those who supported the Prince of Orange, and the rebellious patriots. One of the prominent leaders of the Dutch Patriot Party was Cornelius ‘Kees’ de Gyselaar who kept one of these dogs as his constant companion, leading to the breed becoming known as Keeshonds, and being adopted as the emblem of the party. 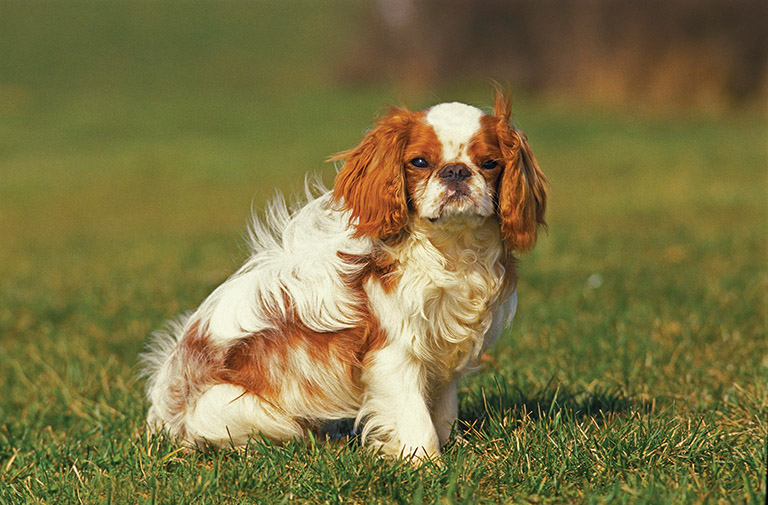 The unfortunate Charles I (1600 – 49) and his queen, Henrietta Maria, both adored their spaniels — Henrietta Maria even braved heavy enemy fire on one occasion in order to rescue one of her elderly dogs. But it was their son, Charles II (1630 – 85), who was to give his name to the King Charles Spaniels, who charmed him so much that he kept them constantly by his side. Just as devoted a dog lover as his father, they had the free run of the palace, although this didn’t impress everyone: diarist Samuel Pepys grumbled that the King would rather play with them than attend to matters of state, while John Evelyn observed that they pooped everywhere and one even produced a litter of puppies in the royal bed. It’s alleged that when an attempt was made to remove his dogs as Charles lay dying in bed, he roused himself sufficiently to furiously forbid it. 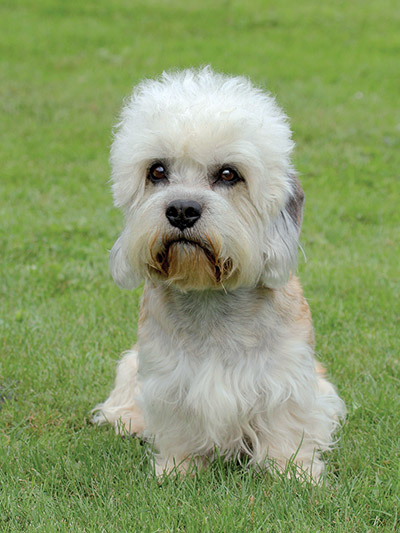 One of the most colourful tales about how a breed gained its name is that of the Dandie Dinmont. The terriers had been in existence since the 1600s but were largely unknown south of the Scottish Borders until popularised by Sir Walter Scott in his novel of 1815, ‘Guy Mannering’. Scott is thought to have based the character of Dandie Dinmont, a farmer who owned half a dozen terriers named Pepper and Mustard after the colours of their coats, on real-life farmer, terrier owner, and breeder James Davidson. Consequently, by the mid-1800s, the breed had become known as the Dandie Dinmont Terrier — the only breed to be named after a fictional character. The dog-loving Scott owned two himself, Ginger and Spice, praising their intelligence and fidelity, adding: “Those who, like the author, possess a brace of them, consider them as very desirable companions.” Unsurprisingly, the Scott monument in Edinburgh features the famous fictional farmer together with a little terrier at his feet. They became fashionable pets among the likes of Queen Victoria and artist  Sir Edwin Landseer, and even had a paddle steamer, a locomotive,  a tobacco, and a whisky blend named after them. In 2015, the Dandie Dinmont achieved a further unique distinction, becoming the only breed with permission to wear an official Scottish Clan Tartan — appropriately the Black and White Sir Walter Scott Tartan.