The Nowzad shelter in Afghanistan has been saving the lives of animals in this war-torn country for almost a decade. Now it faces a new enemy. Sue Corfield reports.

The Nowzad shelter in Afghanistan has been saving the lives of animals in this war-torn country for almost a decade. Now it faces a new enemy. Sue Corfield reports.

Despite British troops having departed Afghanistan, the soldiers that fought there continue to help fund animal rescues, but now instead of facing regular bombings the Nowzad charity is confronted by a different threat — COVID-19.

Six years ago all but a handful of British troops departed from the country, marking the end of a war that claimed the lives of hundreds of British soldiers. Now, Afghanistan is rarely in the news, unless, like recently, a bombing suddenly puts it back in the spotlight.

In what remains a war-torn country with continuing unrest, few people give much thought to the animal casualties of the conflict, or the people who remain there attempting to bring their own brand of salvation to these victims of circumstance. 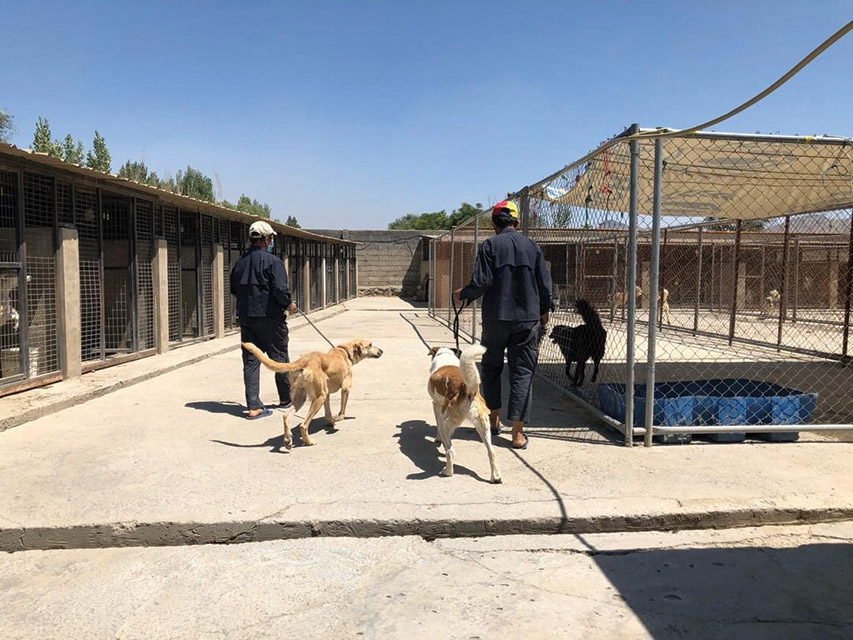 The shelter in Kabul.

Established by Pen Farthing, who served as a Royal Marine for over 20 years, Nowzad became well known for its work in rescuing and rehoming strays adopted by foreign soldiers serving in Afghanistan.

Pen went on to establish the first animal shelter in Kabul. “We realise we cannot transport all of the stray dogs of Afghanistan to loving homes in the West,” he explained, “so we will do our best to promote animal welfare out there and to assist in the vital animal aid work that is so desperately needed.”

Now Nowzad brings hope in the form of food and veterinary care for the many unwanted dogs and other animals that suffer injury, starvation, and fear on a daily basis. It educates local people on the most effective and humane methods of caring for these animals, along with running a neutering programme to combat the large stray dog population problem. 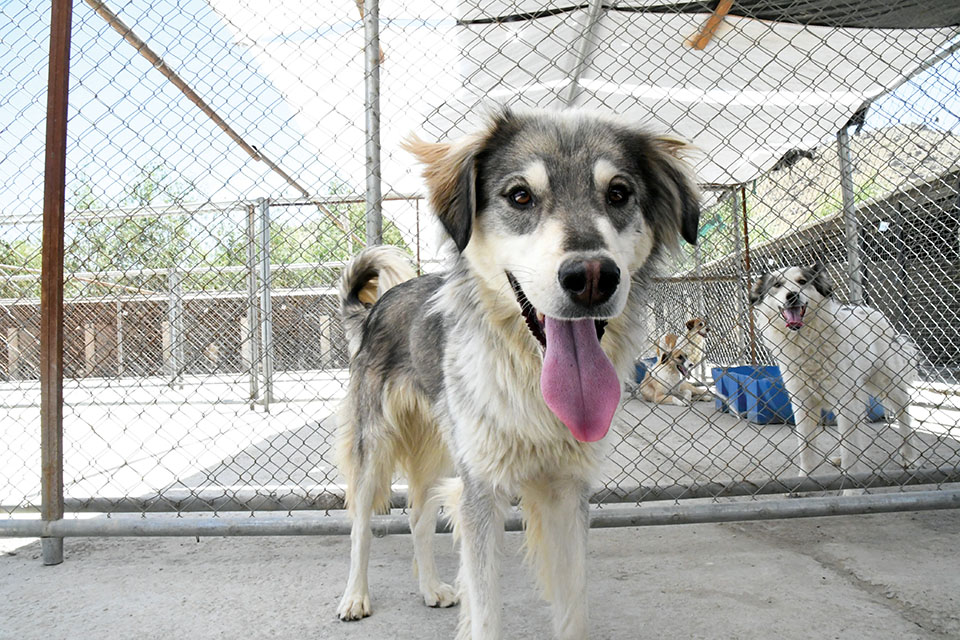 The shelter brings hope for abandoned dogs like Panda Boy, who is now living with his new family in the UK.

But, in the spring of 2020, a new threat appeared on the horizon — in the shape of coronavirus.

The virus threatened the lives and livelihoods of the Afghan people, and the prospect of rehoming dogs and cats was suddenly pushed further down the list of priorities for local people.

The commitment of international donors, primarily from the UK and the USA, was also tested as people suddenly found their sources of income put under increased pressure.

Nowzad director Hannah Surowinski explained: “Surprisingly, we haven’t experienced much of a drop in adoptions, although at one point we did have a backlog of 34 dogs waiting to go to their forever homes due to travel restrictions brought on by coronavirus. Thankfully, we are slowly getting the dogs out of Afghanistan and onwards to their prospective homes.

“Coronavirus has, however, had a huge negative impact on us in terms of funding. Understandably, we have had many supporters cancel their standing orders due to financial uncertainty, plus we have not been able to hold our usual fundraising events — no matter how small — and while shops have been sitting empty, so have our collection tins.

“Our funds have been dramatically reduced, which is a big worry for us, especially as we live ‘hand to mouth’ and don’t have much in the way of reserves like many larger charities do.” 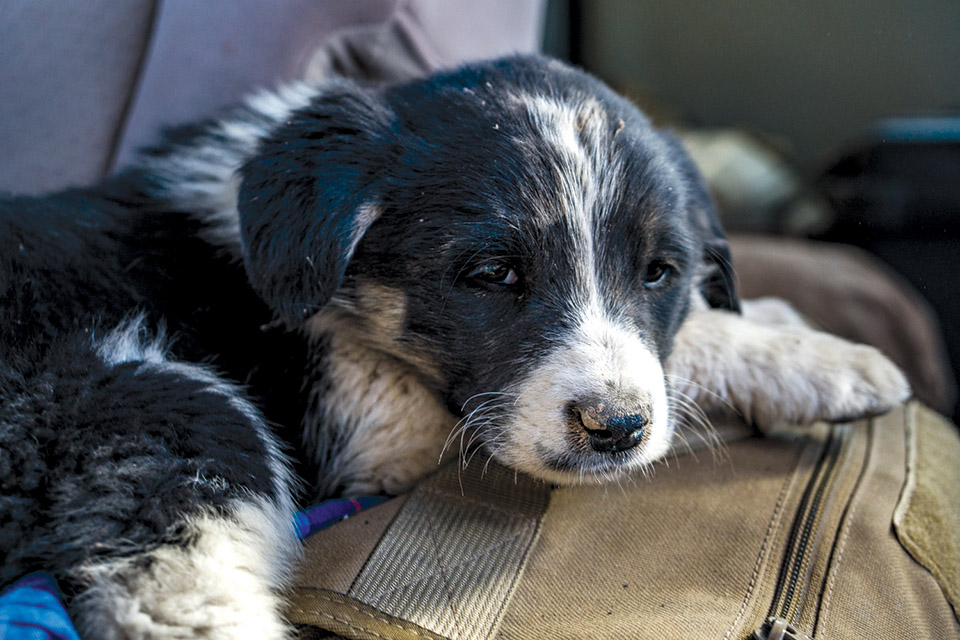 Nowzad provides food and veterinary care for animals in need.

To date, Nowzad has reunited over 1,600 soldiers with dogs and cats that they’ve rescued from war zones all over the world, and approximately a dozen or so dogs and cats have been adopted by people in the UK every year (the same for the USA).

With a team of 23 Afghan vets and kennel staff working at the shelter, it takes a considerable ongoing resource to maintain their levels of quality care.

All animals brought in for treatment or rehoming are vaccinated, neutered, wormed, and treated for fleas and ticks. Recent years have seen a growing influx of local people not only adopting animals from the shelter but also bringing in their pets for free preventative veterinary treatment.

Afghanistan has one of the largest incidences of human/rabies deaths in the world and education is a vital part of Nowzad’s work; the charity encourages Afghans to keep pets and to keep them in good health.

However, most of the shelter’s dogs are still rehomed abroad — around 80 per cent of them. More Afghans are prepared to consider taking on a cat as a pet, misguidedly believing that dogs are more likely to carry diseases.

Hannah said: “We do see awful neglect and some dreadful sights, but a lot of it is through ignorance rather than deliberate cruelty. We had a dog brought in with awful mange. He was covered in weeping sores but we treated him and brought him back to health. He left us in good condition and went to join the Canadian soldier who rescued him.”

“Unfortunately, there are thousands of animals in need and none of them asked to be born into a country of unrest, with nobody to care for them. We are planning to be there for the long haul.”

On a dusty street in Kabul in the summer of 2016, high-pitched barks alerted a group of teenage Afghan girls to a gang of boys who were tormenting a three-month-old puppy, intent on hanging her. Luckily for the Labrador X collie bitch, the girls intervened. They took the pup to the Nowzad shelter where she was nursed back to health and later put up for adoption.

Back in the UK, in High Wycombe, Buckinghamshire, Louise Crump was battling her own demons at the time, trying to keep depression at bay. Keen to develop something positive in her life, she started looking through the Nowzad website at the dogs looking for new homes. She came across Cookie. 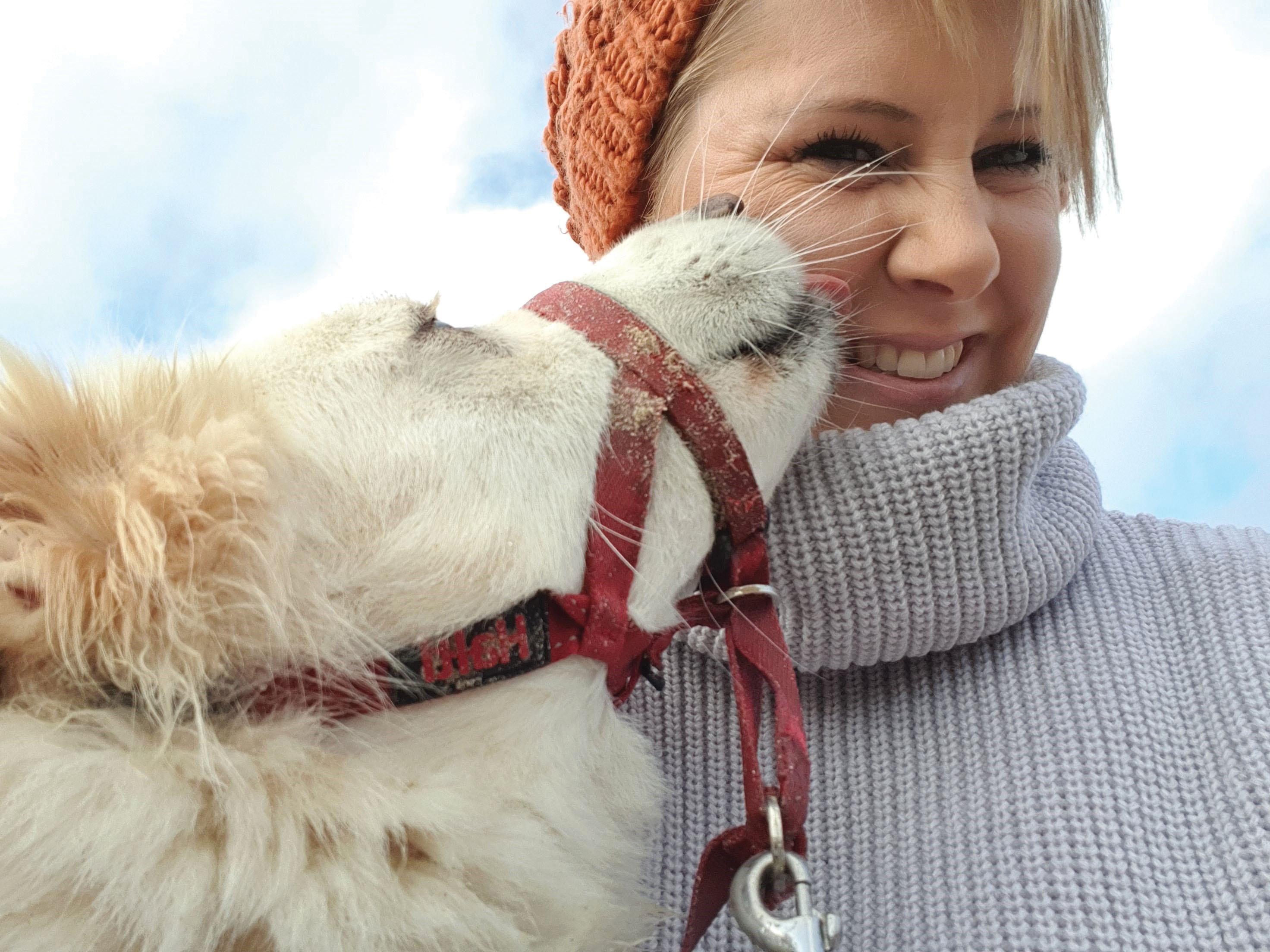 Louise, who now lives in Elgin, Moray, said: “People often ask me why I adopted a dog from Afghanistan when there are so many dogs in the UK that need homes, and the truth is that I don’t actually know the reason why. I was just drawn to the charity.

“That year, 2016, was a tough year for me. I was struggling badly with depression and it was really affecting my job and my home life. I worked from home and didn’t want to leave the house, only going out to do the school run twice a day.

“I saw Cookie on the adoptions page and felt an instant connection to her. I applied to adopt her and, pending a home check, we were approved.

“The process was really easy; Nowzad took care of everything from all the vaccinations and paperwork to arranging the transport.

“What I didn’t realise was that the approval was the beginning of a journey, not only for Cookie but for myself.

“As fundraising began to get Cookie home, more and more people began to comment on her fundraising posts and I learned the true power of Facebook. I began to receive messages and friend requests from complete strangers. Little did I know that these people were about to become my extended family. 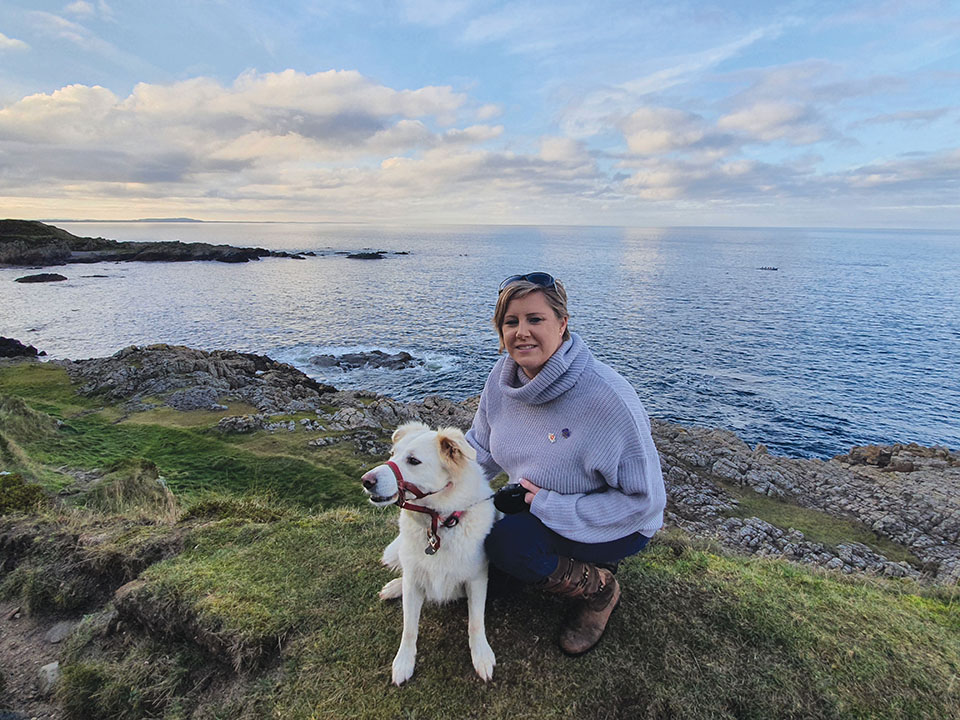 “So many kind people donated to Cookie’s cause and I will be forever grateful to those who held car boot sales and dog shows to raise even more funds for my precious girl. The fundraising also propelled me to do something I had never done before — a marathon. Both mentally and physically, I didn’t have the energy to do it, but I knew I’d be letting Cookie down if I didn’t. And I’m proud to say that I completed all 26 miles!

“Cookie arrived at London Heathrow on October 3. She was, understandably, very tired and subdued from her journey. It took her 20 minutes to leave the sanctuary of the car, and a further 30 minutes to enter the house

“As Cookie settled in, she became close to my two boys and they were soon inseparable. Throughout my pregnancy in 2017, Cookie could be found lying next to me on the sofa with her head resting protectively on my bump. And from the day my daughter was born, wherever she was, Cookie was by her side.

“Since Cookie arrived, my depression has lessened. It hasn’t gone completely, that’s not how depression works. But when I do have a bad day, I have a white Afghan fluffball to cuddle up with, and a hugely supportive adopted family that are only a phone call away.”

Pen Farthing is a best-selling author who has written about his dog rescue missions. His books include ‘One Dog at a Time’, ‘No Place Like Home’, and ‘Wylie: the brave street dog who never gave up’. Pen was named CNN Hero of the Year 2014.

● For more information on the work of Nowzad, or to make a donation, visit www.nowzad.com