The stuff of legends Creation stories exist in every culture, and dogs — our close companions for millennia — feature in many of them.

An ancient Aztec legend tells of the creation of dogs: when Tata and Nene, two human survivors of a great flood, eventually made it to dry land, they built a fire to warm and dry themselves, and to cook a fish they’d caught.

Unfortunately, the smoke, which was drifting upwards from the fire, annoyed the god Tezcatlipoca so much that he cut off their heads and sewed them onto their rear ends, and thus the first dogs came into being.

Eskimo legends have a different version: when Raven was asked by his wife to make something useful, he thought long and hard about it.

He thought about it for so long that his nails grew very long as well, so he cut them off and turned them into a creature with four legs, a curly tail, and a long nose — the first dog.

According to some civilisations, dogs were said to have been around before the world came into existence.

One story, told by the Jakaltek people from north-western Guatemala, tells of how the first dog witnessed the beginning of the world.

He was so excited by what he’d seen that he ran around telling everyone he’d seen the secrets of creation.

This didn’t go down well with the creator god Hunab Kuh. He swapped the dog’s head and tail round, so that to this day dogs can’t talk and give away any secrets — all they can do is wag their tails.

According to the ancient Greeks, Prometheus stole fire from the gods and gave it to mankind, but in African legend, fire was a gift from a dog. On the first morning of the world, a man named Nkhango went out to explore. One of the first wonders he saw was something that sparkled; the four-footed person with long ears who was sitting by it told him: “I am Rukuba, guardian of the fire, but I am also called Dog.” The fire crackled in hunger, and Rukuba got up and fed it a few dry sticks from a nearby pile, which it ate quickly, growing brighter, while Nkhango stared at it in amazement. And that, said the African storytellers, is how mankind gained both fire and his best friend. 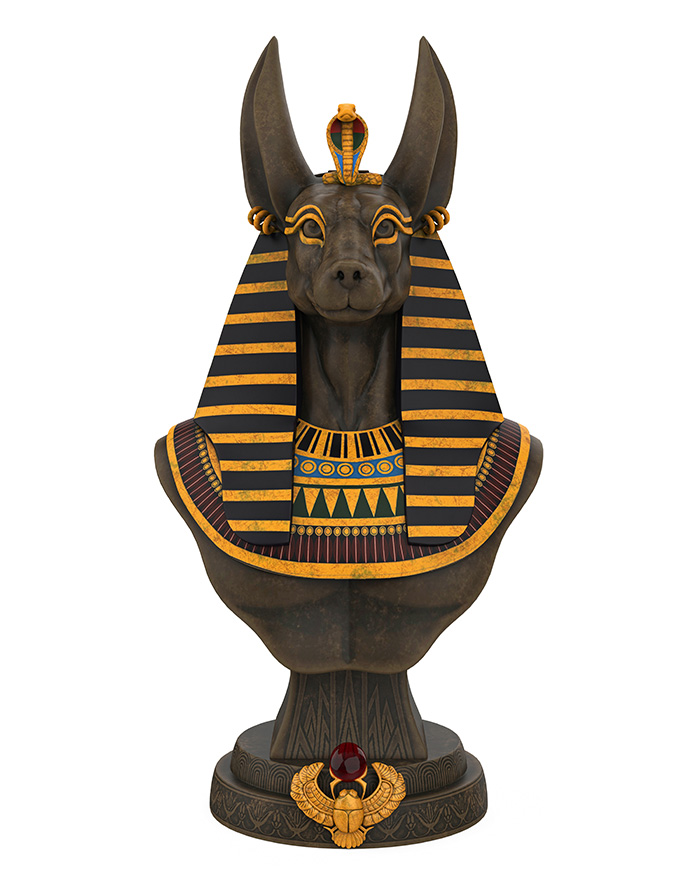 The Ancient Egyptian god Anubis was shown with the head of a dog or a jackal.

Some of the mythical dogs evolved into gods. Among the Aztecs, Xolotl was commonly depicted as a dog-headed man who was a soul guide for the dead, much like Anubis in Ancient Egypt, who was variously shown as having the head of either a jackal or dog. As guardian of the boundary between the realms of the living and dead, Anubis presided over funerary ceremonies, greeted new souls arriving in the underworld, ensured the accuracy of the scales on which they were weighed, and then protected them on their journey.

It’s not an isolated belief; many ancient civilisations believed that dogs acted as spirit guides through the underworld, helping the deceased to reach paradise.

The end of the world

Scandinavian mythology has its own formidable canine watchdog in Garmr. Although the legendary, blood-soaked hound who guarded the gates of Hel had only one head, he did have four eyes, and like Cerberus, was charged with keeping dead souls in and the living out. Until, that is, the sound of his howling heralds the end of the world, when the chains binding him will snap and he will finally run free, wreaking havoc. 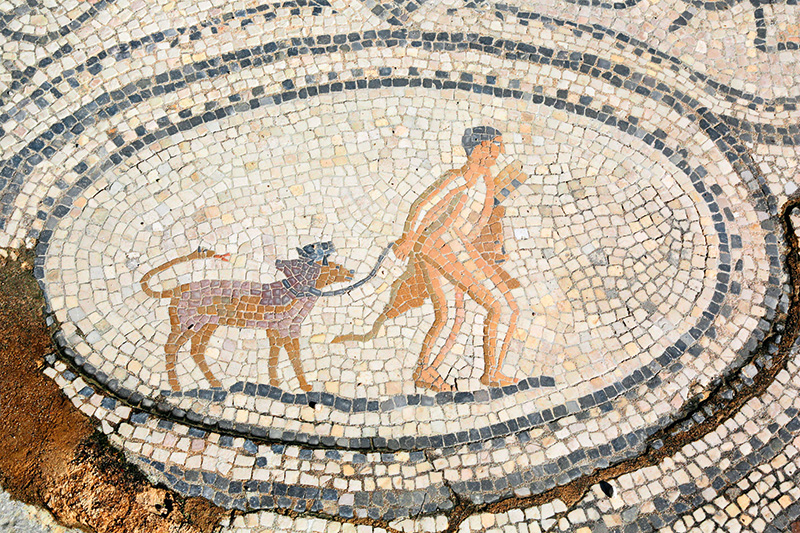 Love will find a way

While many origin stories feature dogs generally, some are about breeds specifically. One of the sweetest is about the lion and the marmoset who fell in love, but felt that the difference in their sizes was an insurmountable problem. The lion went to the Buddha who, after listening patiently to his tale of woe, shrank him down to the size of the marmoset, although allowing him to keep his fearless lion heart — and so the Pekingese was created. 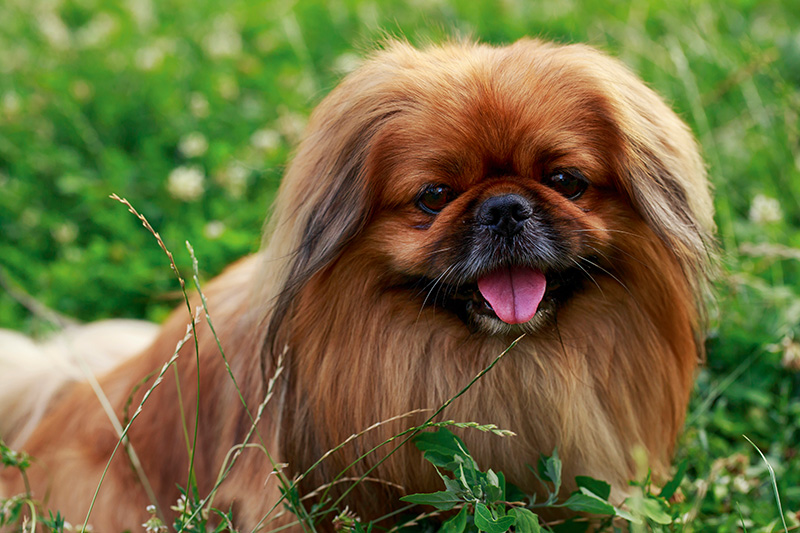 The Pekingese — a dog with the heart of a lion.

Not all canines associated with the afterlife were so charitable; some were merely employed as watchdogs, such as Cerberus, the original ‘bitsa’ dog, with three heads and a snake for a tail. The legendary guardian of the entrance to the underworld in Greek mythology had a fearsome reputation to match his appearance. Yet he wasn’t always successful at his job — cunning heroes were always trying to outwit him. Orpheus lulled him to sleep playing on his lyre; Hermes used water from the river Lethe; and Psyche and Aeneas appealed to his sweet tooth with drugged honey cakes. Heracles took a more confrontational approach, wrestling him into submission and manhandling him to the surface; where Cerberus’s saliva fell, nothing would grow except a new plant, aconite. Also known as wolf’s bane, the highly toxic plant was reputed to be the best defence against werewolves.