Whether you’re a dog devotee, feline fan or bona fide birder, there’s a board game out there for you. We head out on a veritable tabletop safari... 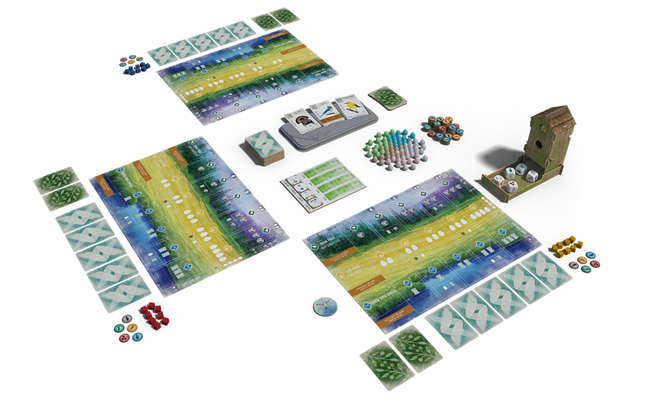 Elizabeth Hargrave’s stunning board game debut wasn’t just an incredible strategy game – it also knew its ornithology. Players add cards based on North American birds to a variety of habitats, encouraging them to lay eggs and grow the environments into thriving natural resources. The dozens of cards in the game were closely modelled on their real-life counterparts, down to the number of eggs each bird lays and their preferred food type. (Plus, it’s a fun way to impress your friends with Latin names of species.) 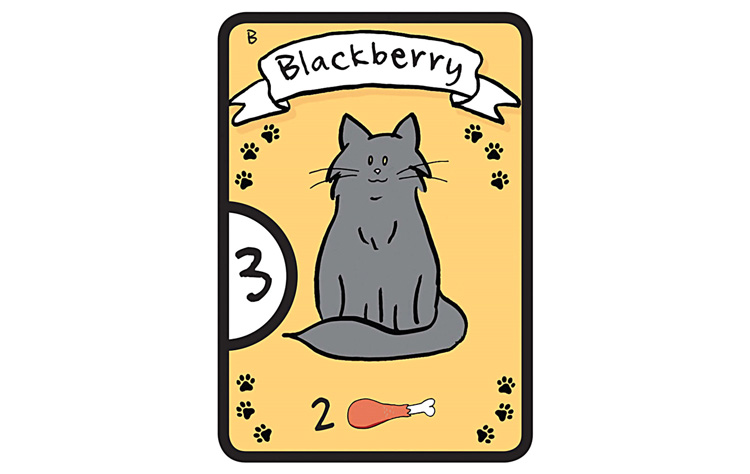 Join the ranks of famous cat lovers like Ernest Hemingway and Taylor Swift as you care for kitties in this cute card game. Each turn you retrieve a mixture of food, toys, costumes and cats from the centre, trying to keep your felines fed and entertained. Each cat has its own needs, while strays you rescue can reward the extra effort. Do the best job of looking after your moggies and you’ll win – more importantly, you’ll have earned the company of purring pusses.

Can’t get enough of cats? These might scratch your itch… hide-and-seek hunt Kitty Paw (we all know cats love a cardboard box), chilled-out gardening game Cottage Garden – which features cats curled up in the dirt – and combustible kitty party favourite Exploding Kittens. 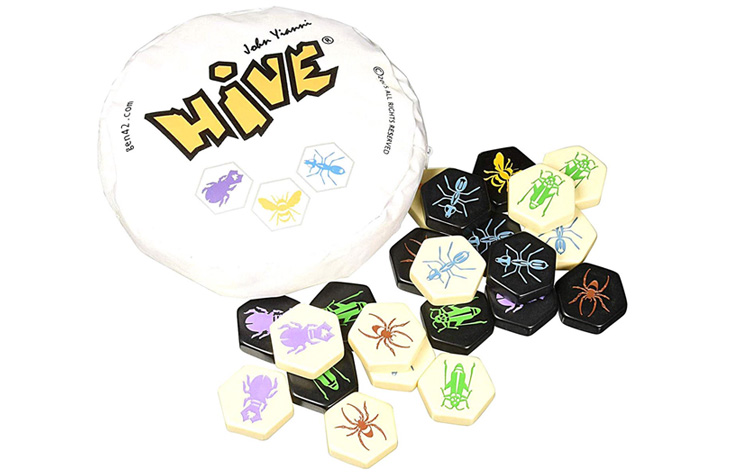 As simple yet timelessly complex as chess, Hive swaps knights, rooks and pawns for spiders, ants and grasshoppers. The insects make each hexagonal piece’s unique movement rules easy to remember, as two players try to surround their opponent’s queen bee for victory. With no need for a board and no pieces removed from the game at any point, Hive is almost as small and adaptable as its crawling stars. 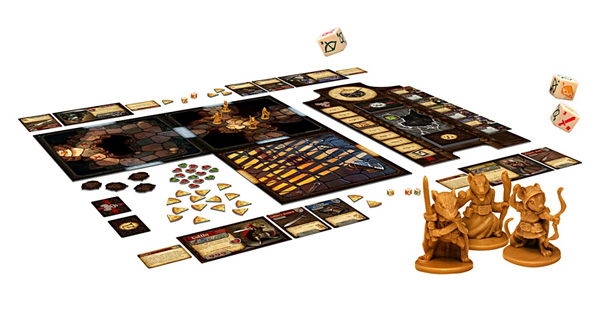 Jerry Hawthorne’s fantastical and fantastic co-op adventure game sends small heroes on a big adventure. Players take on the role of goodies transformed into mice, who must make their way through a castle filled with all manner of nasty foes, from spiders and cockroaches to rats and – worst of all – Brodie the cat. Offering up a family-friendly roleplaying adventure set across multiple chapters, it’s little surprise Mice and Mystics is currently in talks to become a big-screen movie.

Rodents make you squeak with joy? These are furry and fun… Jerry Hawthorne’s bird-flying miniatures game set in the world of Mice and Mystics, Tail Feathers, and Rattus, a darker strategy game set during the Black Plague. Beware the rat! 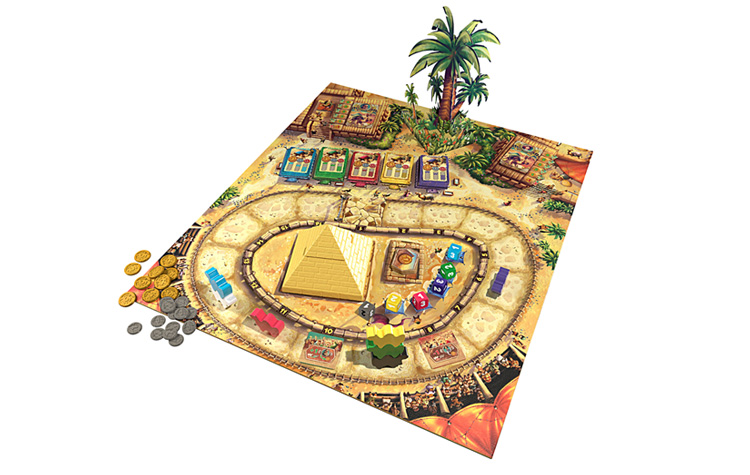 And they’re off! All the fun of camel racing with none of the uncomfortable seating arrangements, Camel Up sends dromedaries dashing around a track as decided by the rolls of dice. The players are trying to bet on which camel will win, but it’s not as easy as it sounds, as the racers can stack up and give each other a lift! Camel Up’s second edition ups the fun with camels running the wrong way around the board, carrying those headed in the right direction backwards.

Don’t get the hump with these camel games… seek out oases with your train of camels in Through the Desert, before heading to the markets of Persia to sell your wares in Yspahan. 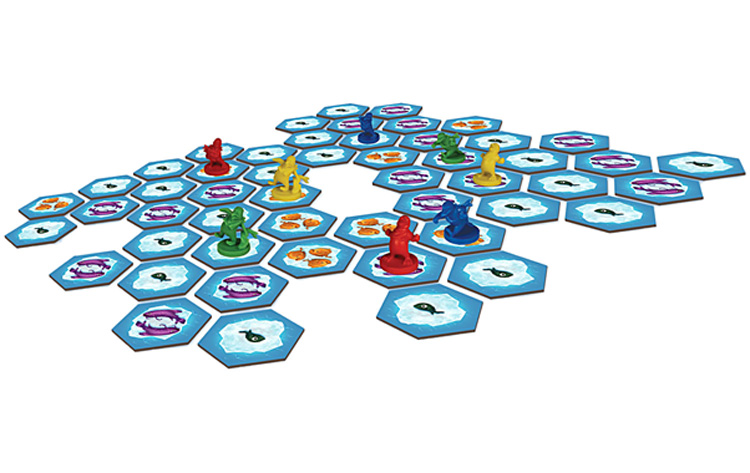 Waddle across an ice floe as a penguin on the hunt for dinner in this charmingly easy to learn game. As the players’ penguins collect fish, they make holes in the ice – eventually leaving some penguins stranded! It’s simple enough to pick up, but you’ll soon be leaving your friends floating in the cold.

Do fish lure you in? Catch these… fist-bumping, high-fiving, fin-slapping party gem Happy Salmon – or experience the tougher side of life as a salmon in the gruelling journey to survive and spawn in Salmon Run and Upstream. 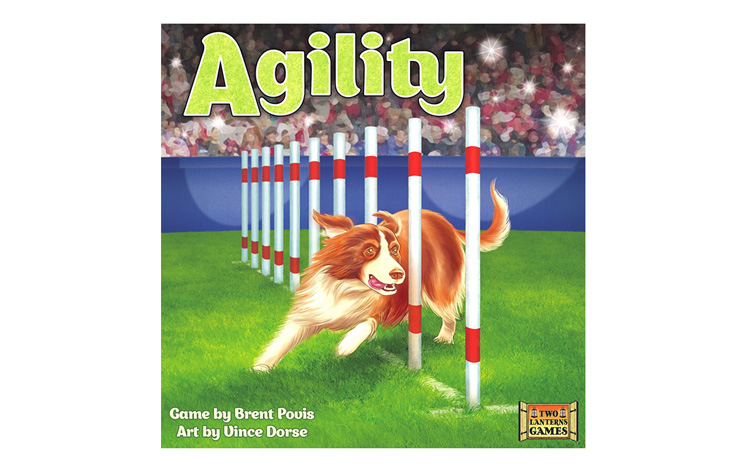 Show off the obedience and talent of your canine companions (and optionally pretend you’re at Crufts or Britain’s Got Talent) in this two-player competition to race through, around and over obstacles. Using your cards carefully at the right moments is necessary to getting your dogs to perform at their peak – plan well enough and you’ll earn yourself a treat.

If pups get your tail wagging, you’ll be like a dog with a bone with… fast-paced acrobatic canine card game Doggy Go! and skilful sledding race Snow Tails. 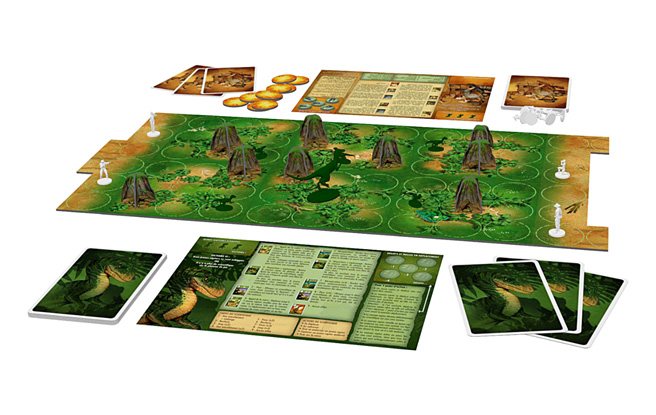 It’s scientists versus dinos in this two-player showdown from all-Bruno designer team Cathala and Faidutti. The mother raptor must protect her babies from capture by the scientists, while the scientists are pretty keen not to end up as the family’s next meal. The players reveal their cards at the same time, hoping to get the chance to take their actions while their opponent is forced to only use that card’s special ability. The dino minis only add to the fun chase.

Prefer your creatures prehistoric? Here are some T-Riffic picks… welcome to definitely-not-Jurassic Park dinosaur park-management strategy game Dinosaur Island or go travelling through time and try to avoid ending up a T-Rex’s toothpick in the pulpy adventure Escape from 100 Million B.C. 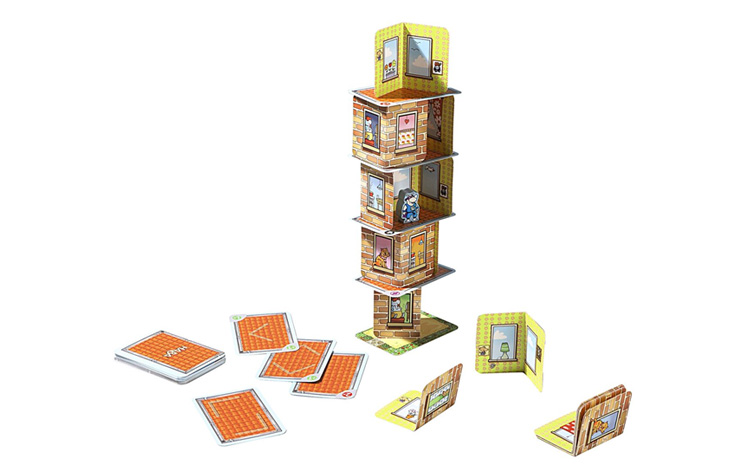 It’s a fact, plain and simple, that everything could be improved with a cape-wearing rhinoceros superhero. Rhino Hero’s one step ahead of the game, starting with that idea and building up from there. More literally, the players build an increasingly precarious tower of wall and roof cards that the unrestrained ungulate bounds up, throwing off its balance even more. As straightforward and entertaining as Jenga when everything comes crashing down – but with a rhino superhero – it’s a family-friendly game that isn’t just for the kids.

Want more? Just try to say rhi-no to these… the rhino star is joined by their giraffe, elephant and penguin sidekicks in sequel Rhino Hero: Super Battle, while the more serious abstract Siam pits elephants and rhinoceros against each other in a struggle for territory. 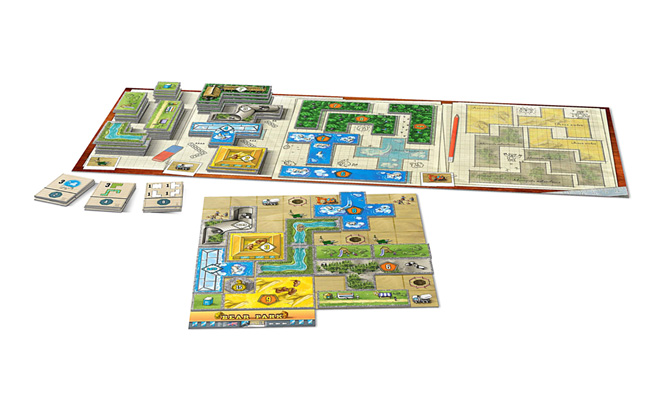 Sushi Go! creator Phil Walker-Harding’s tile-placing puzzle is beary, beary good indeed. Players arrange enclosures for all sorts of species, from polar bears to koalas (which aren’t technically bears, but are very welcome all the same), using every inch of space to house the animals and allow visitors to enjoy their bear park to the max. As the park grows, more space opens up on the board for more bears!

Don’t grin and bear it with these ursine delights… swap bear parks for zoo management in Zooloretto, take part in a battle for the ages in silly party game Bears vs. Babies or explore and conquer alongside your bear companion in Scythe (and its cuter counterpart My Little Scythe).

If you enjoy gaming then come to Tabletop Gaming Live 2019 for a celebration of board games, RPGs, card games and miniatures all under one roof. Taking place at London’s iconic Alexandra Palace, London on 28th – 29th September 2019, day tickets are just £16 and children under-10 go for free! To purchase tickets go to https://ttgami.ng/2Z44lcO. To find out more go to https://ttgami.ng/tabletopgaminglive2019.