Sniffing out the stowaways We’re more aware than ever of the need to protect our environment and avoid further climate change. Julie Hill reports on the dogs who are helping in that essential endeavour.

The Royal Research Ship (RRS) Sir David Attenborough is at the forefront of British polar research, and it is a huge ship.

This state-of-the-art vessel is 129 metres long and 24 metres wide, weighing in at 15,000 tonnes. It can stay at sea for 60 days, has a crew of 30, with accommodation for up to 60 scientists and support staff. Able to break through up to one-metre-thick ice, it can also launch and recover aerial and ocean robotic systems.

With many facilities never before seen on a British ship, the craft will allow scientists to study the ocean, sea floor, ice, and atmosphere, and carries with it the hope and expectations of many.

However, just one tiny mouse on board this vast vessel could scupper its vital mission. With such an array of hiding places for tiny creatures, finding vermin on board is like looking for a needle in a haystack, so how do you find them? Turn to another creature, of course, to sniff them out! 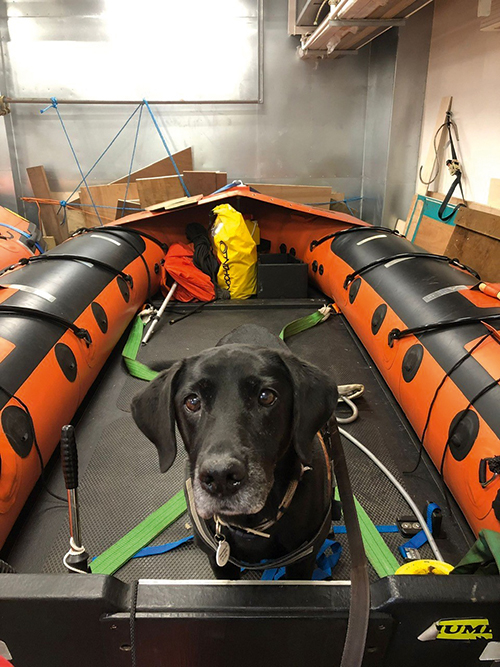 Searching the whole ship and its supplies was a mammoth task.

A team of highly trained detection dogs and handlers stand between the cutting edge craft and potential ecological disaster.

Rodent stowaways arrived in South Georgia (the Sir David Attenborough’s first destination as it carries out important scientific research with the British Antarctic Survey) aboard whaling and seal hunting ships, and had a detrimental effect on land-nesting birds on the island. After a huge campaign, South Georgia has been declared rodent-free. The birds are returning, and their future must be safeguarded.

Louise Wilson, founder of Conservation K9 Consultancy, was the woman tasked with ensuring the Sir David Attenborough was rodent-free before it left for the southern Atlantic Ocean; the team spent two weeks on board the ship. 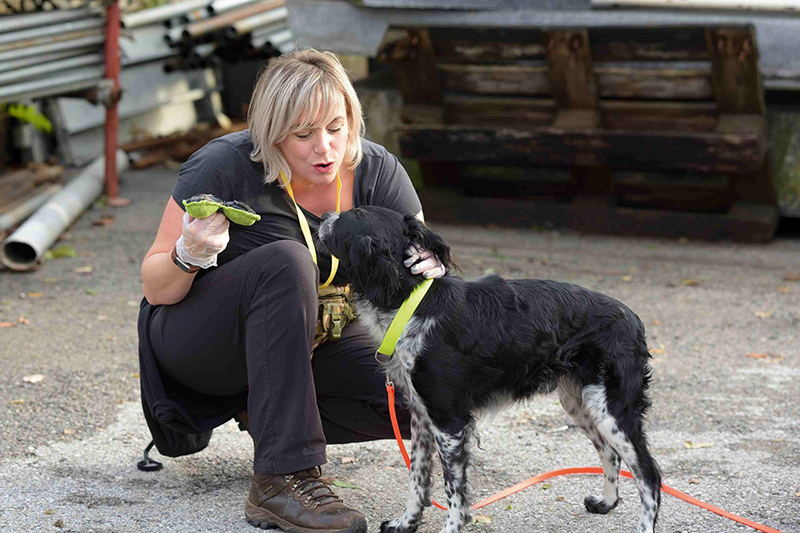 “We’ve been working with Working Dogs for Conservation for over two years, and ours are the only dogs certified by them in the UK,” explained Louise. “We were given the project of training bio-security detection dogs for vermin detection on any vessels that head into South Georgia, and we were the first detection dogs ever on the Sir David Attenborough.”

The task was a complex one as the dogs must only react to fresh odour. Some of the cargo has been in storage for two years, and rats may have accessed it during that time. Rather than reacting to this vintage odour, Louise’s dogs must only fully indicate to fresh odour, as this is the only way to know whether rats are actually on board the ship.