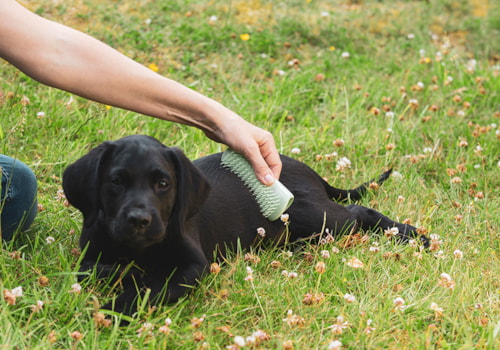 "Sam was my first dog. I had always wanted a Border Collie, an intelligent dog that could be well-trained, and who would be able to accompany me everywhere. I wanted a rescue dog, one that I could love, nurture, and who could be my best friend.

"Sam was five months old when he came to me and had already had more than one home. I may have been a novice owner, but I was assured that he was the easiest of the dogs at the rescue centre. I was told that because of his breed he would need a lot of exercise but I was prepared for that; I loved walking anyway. I fell in love with Sam at first sight and so he came home with me. 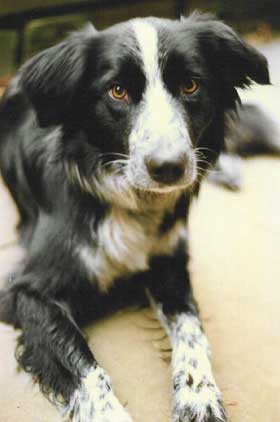 "I had expectations of what I wanted:  he would be well-behaved and obedient, he would know his place by my feet in the lounge, and by my side wherever I was.

"I began as I meant to go on. Up early for a long morning walk, home from work at lunchtime for another, and even longer walks in the evening. When I didn't feel I had the time to walk I would take a ball to try to increase the amount of exercise he would have in the least amount of time - as far as I was concerned if I could tire him out it had to be a good thing.

"Every day Sam seemed to become increasingly demanding. He found it impossible to settle, and was always on the go. He paced the house and never seemed to rest. He would bring me things, demand my attention, nip my ankles, bite trouser legs, was always rummaging the rubbish bins, and generally being difficult.

"Within a month, Sam had broken most of my rules. He was constantly trying to get on the settee and wouldn't let me near it. He was becoming possessive over certain items, and despite the suggestions from books on dogs, nothing seemed to be working. He was chasing his tail, had energy bursts, was mounting cushions and legs whenever he got the chance, and constant shedding of hair was in evidence.

"Out and about, things were no better. Sam seemed incapable of walking on lead properly. He began to chase cars, joggers, and cyclists. He began to react towards other dogs or people coming towards him, and even nipped at a small girl who was passing. It was obvious that action needed to be taken.

"I knew it was time to take him to dog training classes. During my initial enquiries I'd been told that dogs were not accepted until they were six months of age, so I had waited patiently. It was during the 1980s, and at that time this wasn't unusual. Just a few weeks later the time came for a new course to start and we went to a local dog class. With nine other dogs and owners in a small hall, there was scarcely room to find our own space. I was told that I was being too soft with Sam, and that I should toughen up. I wasn't being hard enough, strict enough, and it was no wonder that his behaviour was deteriorating - I was clearly not a good owner. "Neither Sam or I felt comfortable in this environment, but I felt that I needed the help to put things right. After all, these people were instructors, and surely knew what they were talking about, didn't they? I was shown how to use a check chain correctly to punish bad behaviour, how to get Sam to obey my commands, and when he didn't I had to make sure that he knew I was boss.

"Sam still seemed to have excess energy. I was told that taking him to agility and flyball would give him an outlet, and that it was really important to give a dog like this the opportunity to let off steam. Agility, obedience, and classes for problem dogs became a part of our weekly schedule. A local behaviourist told me that in addition I should work through a dominance reduction programme, which seemed odd as Sam was not yet really out of puppyhood. I was later to find that this suggestion was completely without foundation. But, in my desperation to make a change I felt I needed to grasp hold of anything I was told to do.

"Sam began to bark and lunge at the dogs in the class, and attacked a German Shepherd. But with harsh consequences from the instructors he learnt how to comply and to do the exercises I was teaching him. He passed his obedience tests with flying colours, and began to earn the respect of instructors and other owners alike. They thought he was a wonderfully trained dog as his performance in obedience exercises became almost perfect.

"Little did they know that while Sam may have been a star in class, outside in the real world his behaviour was becoming extreme. He would try to attack almost anything that moved, and if he couldn't get to it, in frustration he would redirect his biting on to me without even being aware of what he was doing. I tried to avoid people and other dogs, but somehow we would always meet someone. We had a become known in the locality: Sam had nipped a number of passing pedestrians and cyclists, had attacked other dogs, and gained a reputation as a dangerous dog.

"The more I tried to do for Sam, the worse things became. The stress of the daily situations was beginning to affect my health. Within a few months my stress levels were so high that my doctor told me that I should have several months leave from work to recuperate.

"At that stage I couldn't make the simplest decision; what to wear, whether to sit or stand - I also knew that I had to make a decision about Sam. His behaviour was dangerous and seemed to be unpredictable, and I was told by two well-known behaviourists that he should be put to sleep.

"What to do? I believed I owed it to this dog to keep him alive if possible, but I also had a responsibility to keep others safe. I decided to give Sam one last chance. I would avoid any difficult situations for the time being, and when my health was better I would make the ultimate decision. In the meantime I practically cut myself off from society. I didn't have the energy to go to classes or agility - not even for Sam. Our long walks and ball play were put on hold, short, slow walks in places where we wouldn't see anything were all I could manage. Sam's frenzy continued and possibly increased a little which I put down to him needing the exercise that I wasn't able to give him.

"However, within a couple of weeks, Sam began to calm down. At first I wasn't really in a position to take much notice, but after a while he seemed to be more settled and a little less sensitive to sounds and movements. Over the months that followed, as I was beginning to feel better I decided to read up about my diagnosed stress-related condition. Everything I read, not only reinforced how I was feeling and my symptoms, but to my shock I could clearly see Sam reflected within the text.  Stress in a dog? Surely dogs didn't suffer from stress?

"Slowly the truth began to dawn on me. In my eagerness to do the best for my dog, I had in fact been a contributing factor in his stress levels. I was effectively killing him with kindness.

"I grew more observant - I noticed his body language, signs of stress, and general demeanour. I was beginning to understand that the tools to help him were within reach, and so the slow, difficult journey towards health had begun for us both. What I found most difficult was to change my own expectations and patterns of behaviour. It took me months to realise that the last thing Sam needed was to have a ball thrown for him, it always ended in him becoming more reactive over the subsequent few days. As my observation skills improved the connections between fast and furious activity, and increasing reactivity and sensitivity became more apparent.

"By now I had come to recognise that we were both suffering from chronic stress. It began to dawn on me that there was not a quick path to recovery, but a slow and difficult one that would probably take not months, but years. Along the way I suffered from recurring illnesses, including a life-threatening one.

"The deeper I looked into how stress worked the more I began to realise that so many of the things I had done were adding to Sam's reactivity. I learned that excitement releases the same stress hormones as negative experiences. I began to understand that there is a difference between a well-trained dog who performs under control, and a dog who has developed his own life skills through being guided to make his own appropriate decisions; that good quality experiences build self-confidence and trust in the owner, and that in all areas from exercise to experience, quality was better than quantity.

"Now that I had more awareness I had the tools to identify and work towards giving Sam what he needed, rather than what I thought a collie should have. There was a clear, gradual but steady improvement in Sam. Over time he became loving and gentle, and seemed to enjoy simply being. But sadly, high levels of inappropriate demands over a number of years had taken their toll, and one day, without warning Sam collapsed and died of a heart attack. While my actions had made a huge difference to his quality of life, they had come too late to save him, but I had learnt some valuable lessons along the way.

"My work with rescue dogs, particularly Border Collies, had only just begun. I realised that you couldn't use one case as a pattern for all, but my knowledge of stress issues has saved many dogs over the years. It has been the least I could do to honour the memory of a dog who had suffered so much through my ignorance."

For more information about Sheila and her work visit www.sheilaharper.co.uk

Don't forget to buy your copy of the August issue, out July 6, to read the full feature, plus much more!