A “miracle” dog who suffered catastrophic injuries in a road accident has made a full recovery, thanks to the expertise of vets and her devoted family. Joanne Bednall reports. 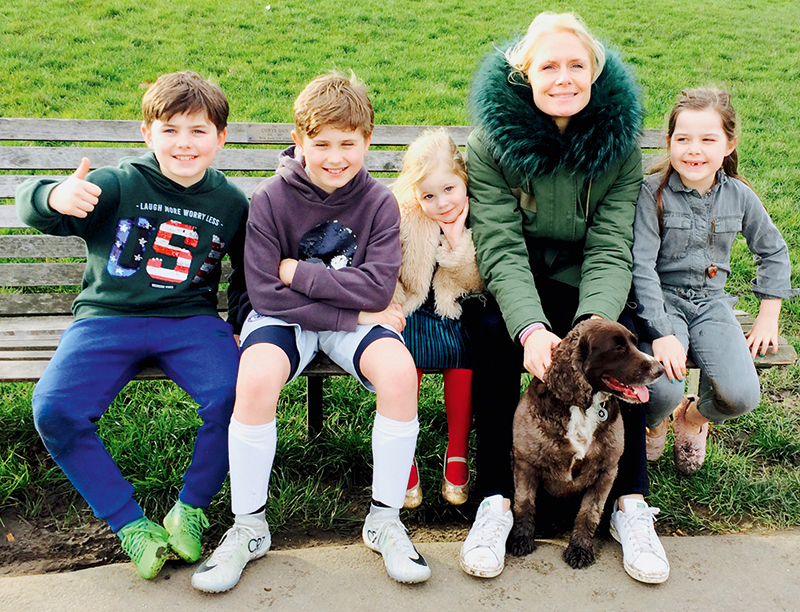 Clare’s devoted family, including children Sonny, Cooper, Amber, and Rosie, were willing Ziggy to get better.

Normally, a dog with injuries as severe as Ziggy’s simply shouldn’t have survived.

Yet despite presenting with a crushed liver lobe, punctured lung, fractured ribs, internal bleeding, and blood clots in her heart, the Cocker Spaniel bravely clung to life as the team at Farnham Veterinary Hospital pulled out all the stops to save her.

Meanwhile, the spaniel’s distressed owner, Clare Saunders, sat trembling in the waiting room, while reception staff brought her cups of tea and sweet treats to help combat the shock of events of that late September morning.

Shaking and sobbing, the mum-of-four couldn’t get the horrifying images of Ziggy’s accident out of her head.

After dropping her children at school, Clare and Ziggy started walking to a mums’ coffee morning at a pub in Frensham, a village near Farnham to where the family had moved from London just three weeks earlier.

En route, Clare let Ziggy off her lead in woodland on a local common, without realising the main road through the village ran just the other side.

“I was still familiarising myself with the area, and had been used to walking Ziggy in Hyde Park, where everywhere is fenced,” explained Clare, who grew up with dogs and described Ziggy as “an angel of an animal and the most gorgeous, kindest soul ever.”

Suddenly, the liver and white spaniel spied a squirrel, darted through the trees, and ran across the road in hot pursuit.

“I didn’t realise where the boundary was,” continued Clare. “The road isn’t usually busy but that morning we were unlucky and a car hit my dog.

“It was terrifying. I heard a bang, then a scream — a human-like sound I’ll never forget.”

Clare’s memory of what happened  next is sketchy, but she clearly remembers the car slowing down without stopping before driving off, and a woman, alerted by the commotion, coming out of her house to help.