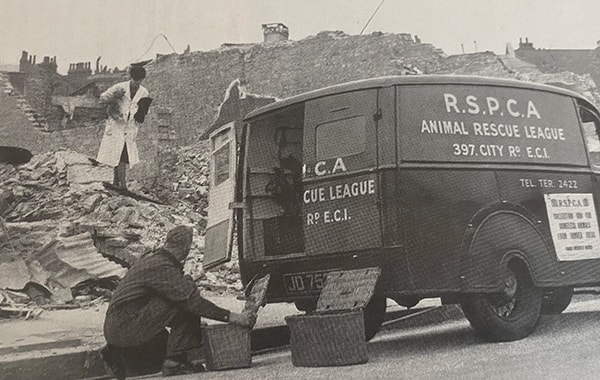 Tales of bravery and gallantry of both people and animals before the historic end of World War II, and a special message from Dame Vera Lynn and Michael Morpurgo...

As the RSPCA today is battling to help animals in need during a crisis, the charity marks the 75th anniversary of VE Day by taking a look back at the animals and inspectors that also risked everything to protect the country from danger all those years ago.

From search and rescue dogs digging injured civilians from the rubble of their destroyed homes, carrier pigeons transporting urgent messages to protect troops from attack, and heroic inspectors who risked their lives searching for missing pets or injured animals in abandoned homes, World War II saw enormous bravery, dedication and sacrifice for both humans and animals, with many lives saved until the world was finally brought to peace.

Victory in Europe Day, generally known as VE Day, is a day celebrating the formal acceptance by the Allies of World War II of Nazi Germany's unconditional surrender of its armed forces on May 8, 1945.

During this war (1939 - 1945), the RSPCA fought hard to protect animals, from pets caught up in bomb damage, livestock in need of rescue after keepers and farmers were tragically killed, to ensuring the release of Government advice to help owners do all they could to keep their beloved animals as safe as possible. During the six year war, the charity rescued and treated over 256,000 animal victims of enemy action, in addition to more than one million animals suffering from general injury and sickness.

Dermot Murphy, the RSPCA’s Chief Inspectorate officer who leads the RSPCA's animal rescue teams said: “This landmark 75th Anniversary of VE Day is of course a time to reflect on the human and animal pain, distress and losses caused through the conflict - in particular for us, the five RSPCA officers who lost their lives during WW2 - but it’s also a time for us to remember and really celebrate those who risked everything to help each other, humans and animals alike.

“As a nation of animal lovers, some of the stories and memories we have learned about our colleagues and animal friends back then during what must have been an unimaginably difficult and challenging time are truly inspiring, and really do reflect the British spirit and love for animals. We hope we never have to experience the horrors of what they faced, but we aim to honour and continue their dedication and commitment to making the world a kinder place for animals, some 75 years on.” 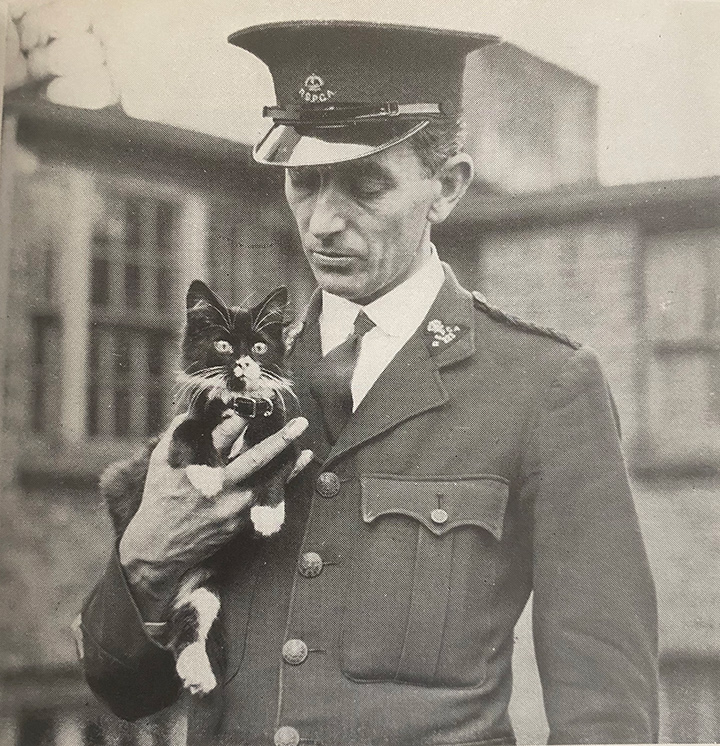 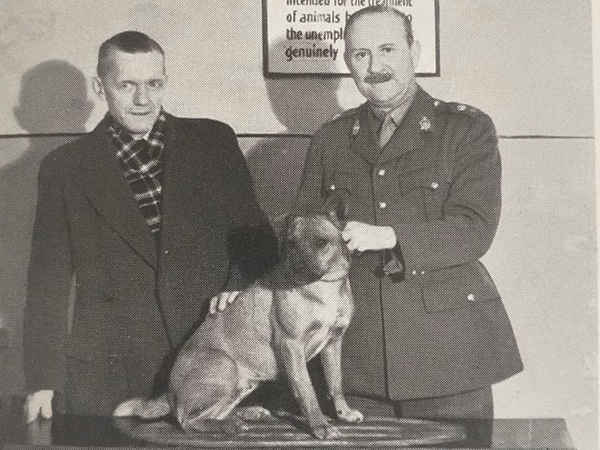 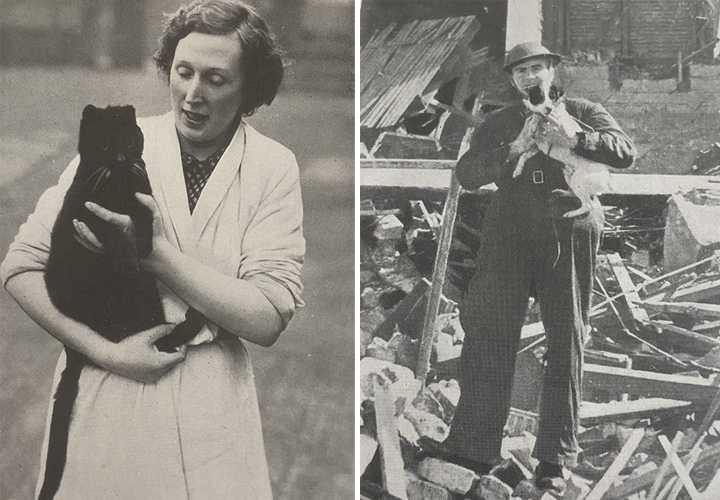 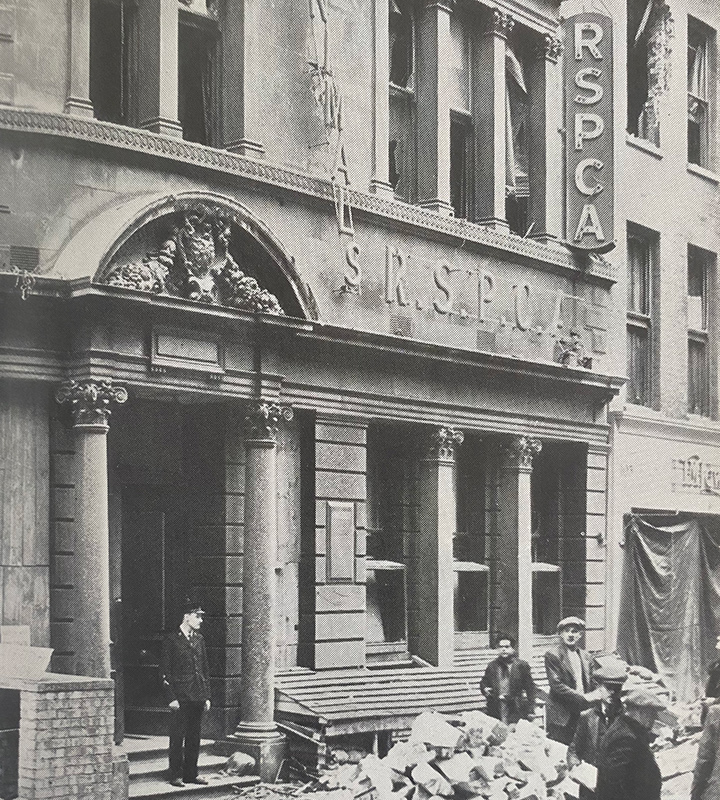 Dame Vera Lynn also sent the charity a special message, saying: “Hello everyone, I hope you are all keeping well and safe.  It is of course very important that we also look after our dear animals;  they are a great comfort to people, especially if you are self-isolating. We are very fortunate that we live in the country and so our little dog  can run around the garden and we can take him into our field.

“We must never forget the huge part played by the animals during the War - they are really stars; from horses to pigeons and of course dogs, who did the most wonderful work in all sorts of ways - carrying messages and finding other animals and of course people, who perhaps were trapped in bomb sites.  Of course the sniffer dogs are still doing great work in the present time. We are lucky to be a nation of animal lovers, and although there are some people who are not kind to them, there is also a huge amount who are. My kind wishes to the RSPCA and to all who are looking after those unfortunate little creatures who need our care.”

Author Michael Morpurgo said: “War is cruel to everyone. People make war, animals don’t. They just suffer, and often die. In that sense they are like children, helpless and innocent, and like children they have to be cared for. The best way to do that is not to make war. The second best way to have an army of carers and rescuers to help animals through. The RSPCA has done that, heroically. And still does to this day.”

To help the RSPCA continue rescuing, rehabilitating and rehoming animals in desperate need of care please visit their website or call their donation line on 0300 123 8181.