Is a dog's behaviour shaped by his owner? 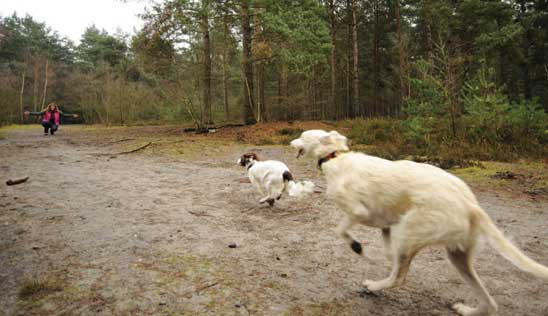 How much of a dog's behaviour can be controlled or shaped by his owner? Carol Price explains in part two of our nature versus nurture debate.

Last month I looked at the extent to which genes, or basic inherited factors, governed the later behaviour of dogs.

This month I will be looking at how a dog's external environment - and the lessons he learns in life - may influence his future thought processes, attitudes, and reactions.

If genes were always the sole dictator of how any animal turns out as an individual, this wouldn't explain why identical twins, born with exactly the same genetic make-up, can often go on to develop noticeably different personalities.

The truth is no two dogs, even with very similar genes, will ever lead identical lives. They will constantly be exposed to different external experiences from puppyhood onwards. And what they learn from these highly individual experiences will then get filed away in their brains, and form some part in shaping their future behaviour and attitudes towards different things.

As a behaviourist and breeder, I have long been fascinated by the question of how early on in a dog's life the future personality/behaviour-shaping process actually begins, and similarly what part any owner can play in influencing this process for better or worse. The more we understand about this whole phenomenon, the greater chance we have of making any dog we own the best he can be.

Over the years I have raised and trained umpteen different puppies, many of whom had naturally very different personalities. And from them I have learned so much about tailoring your whole handling approach to what best suits the needs or mental outlook of an individual dog. 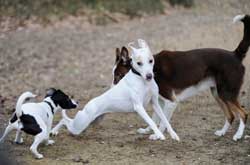 At the heart of making the most of any dog, via the way we rear, train, or handle him, lies the need to better respect the whole concept of canine individuality and how differently individual dogs may be programmed to view their external world.

One of the biggest mistakes any of us can make in this respect, is to imagine that others - be they human or canine - will always see the world, or specific external events, in exactly the same way as we do. The truth is that what any animal chooses to read, or remember, from any life experience, is often governed instead by some more personal inner logic system.

Police, for example, will constantly tell you how they can interview about 20 witnesses of any one crime, and get varying accounts of what happened from them all. Similarly, one person's innocent man walking down the street could be someone else's potential mugger; it depends entirely on how your own inner logic system chooses to interpret this external experience. And this in turn could be governed by any number of different factors, from how naturally more anxious a person you are to whether you have previously been mugged.

A massive amount of the anger, or frustration, that is targeted on to dogs by owners comes from the owner's inability to respect their dog's own personal logic system - "Why can't he just behave like this, or understand that?".

But whether the dog in question is being aggressive, say, to newer people or dogs he has come to fear, or emotionally falling to pieces when left on his own at home, or disappearing over the horizon in pursuit of prey, the truth is he is just unable to think beyond the limits set by the way his own individual brain works.

Dogs develop their own inner logic, or ‘thinking', systems in several ways, sometimes as a result of strong genetic impulses and a natural tendency to be more predatory/fearful/distrusting. Sometimes they can be more to do with what the dog has learned from past or formative life experiences, for better or worse, and then chosen to ingrain.

Alternatively they may develop through a more subtle combination of these two factors. 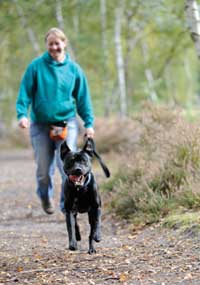 Either way, the whole art of training dogs, from puppyhood onwards, is to not only understand how these logic systems emerge in individual dogs, but also to exert the most positive external influence over their development, so that your dog will later choose to think, and thereafter behave, in ways that are appropriate or preferable to you.

Obviously the earlier you start the process of encouraging your dog to think in a certain way, through always making more desirable behaviour the most rewarding option, the better the future results should be. But that doesn't mean that older dogs can't evolve into newer and better ways of thinking with the right approach, as is often the case with rescue dogs.

Countless studies have proven that learning in animals, as well as the ability to change previous ways of thinking, given a sufficient incentive, is a process that never really stops. And once we realise this, the question is less about why a dog thinks the way he does, but what we can do to change his future thinking for the better.

The magnetic pull of habits

Dogs, like us, readily develop patterns of behaving that later become more ingrained habits, usually because the behaviour in question has consistently rung some reward bell in their heads. It is very important to understand how this habit process both develops and then can escalate into ever bigger problems in dogs. And also to realise that the earlier, and more often, you can stop a dog making a rewarding association with a ‘wrong' behaviour, the less likely it is to become a more ingrained habit later on.

The best way to do this is to immediately invite some preferable alternative to the wrong behaviour your dog was about to perform, and keep heavily rewarding this instead. Some dogs, however, will always have a stronger magnetic pull towards certain kinds of behaviour, which we may find less desirable, due to the way they are genetically wired. It's important not to view these dogs as simply ‘badder' individuals, but as dogs who will always need far more external support and training from their owners to develop and sustain more preferable ways of thinking and behaving.

How to make the best of any dog 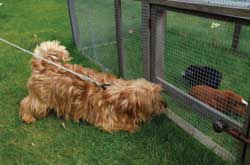 If you have acquired a rescue dog, or puppy, never imagine he will just turn out the way you want him to, without understanding his limits and weaknesses, as well as his assets, and thus what may need working on most by you to prevent or resolve later problems. Also understand the difference between problems that are internally or externally inspired.