Meet the dogs trained to sniff out cancer 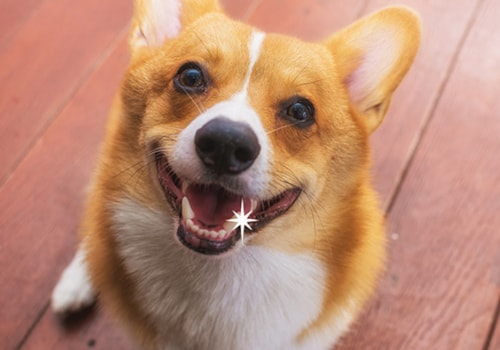 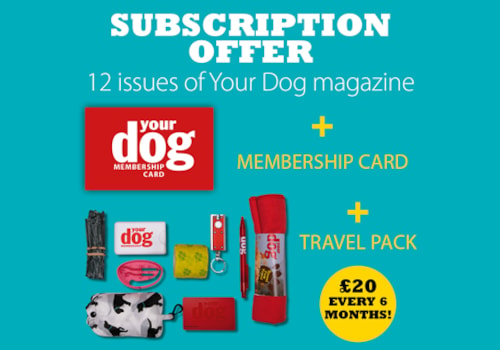 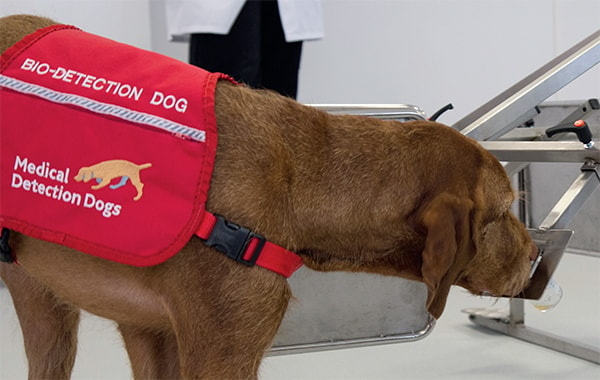 Back in 2016, we found out all about Medical Detection Dogs (MDD), who train dogs to use their incredible sense of smell to detect cancer.

Despite having demonstrated that dogs have the ability to sniff out the deadly disease, the charity has faced scepticism over the years about the reliability of the dogs’ skill and how feasible it would be to use this canine ability to help patients. However, back in November 2015, MDD began the first ever trial working with the National Health Service.

If the trial is successful, it could lead to bio detection dogs being part of the health-care system and possibly even to the development of a machine that could rapidly diagnose some forms of cancer, potentially saving thousands of lives.

Working with the NHS

The charity has started working on a trial with Milton Keynes hospital looking into how well dogs can detect prostate cancer.

“We’ve got this opportunity to show how reliably dogs can do this over a large sample size, which is so important,” explained Claire Guest, co-founder and CEO of the charity. “It’s great to have proof of principal studies, but they are always small sample sizes, using a small number of dogs, and can therefore be criticised. This study is very exciting because it is the first time that the NHS has truly engaged with us in terms of what the work might lead to in the future.”

Dogs are not required to go to a hospital to work, nor are they trained to sniff humans to detect cancer. Over the next three years, the hospital will provide 3,000 urine samples to MDD who will train their dogs to detect which samples have come from patients with prostate cancer.

“We’ll be looking at the reliability of our dogs once they are trained, in matching what the clinicians discover about the samples,” said Claire.

“The really interesting thing about this is that we’ll be able to look again over time. For example, if a dog thinks a man may have prostate cancer but that is not diagnosed by the system, we can look at it again a year later and see whether the dog’s detection and the latest diagnosis match.

“One of the reasons why dogs were not appearing to get accurate results in the early days of our research was because the dogs were actually ahead of the system. So it looked like the dog was giving a false positive, but a year later you could see actually it wasn’t false — it was a true result.” 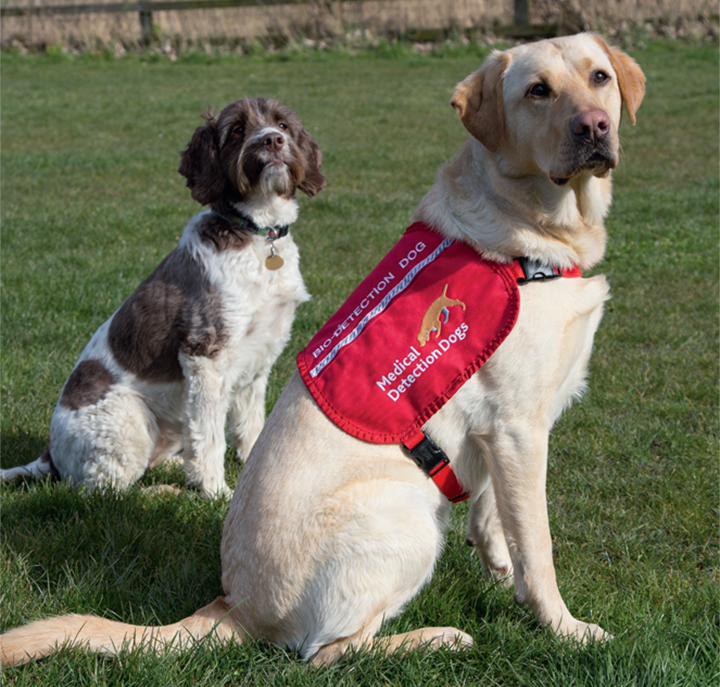 During the study the charity is working to NHS approved standards and is not allowed to use any findings to inform medical staff or patients. If the trial is successful that could all change.

“The study also gives us the opportunity of seeing how feasibly using dogs to diagnose cancer could work,” said Claire. “If the hospital says ‘you’re working at 90 per cent accuracy, let’s continue to send samples’ then that would be the first pilot project of dogs actually being involved in the diagnostic process. That would be revolutionary. We’re not talking about research, but considering if it can become a reality and that’s incredibly exciting. That’s why these next three years are pivotal for this work.”

If the bio detection dogs proved a hit in a pilot scheme, then the system is something that could be used across the country.

“If a pilot scheme was successful then why wouldn’t other hospitals do it?” said Claire. “There is no reason why this can’t be rolled out as a service. What I understand about how the NHS is working is that it would initially be a service to the Milton Keynes hospital then we would roll it out as a pilot to a number of other NHS trusts. If that was successful then we would roll it out even further.

“It would be a big step as the charity is committed to the welfare of our dogs. We have a no-kennelling policy, so our dogs live with families and come to work each day. We would have to open up satellite centres around the country. We would need more money, staff, and dogs.

“The important thing for this work is that there has to be a specialist relationship, so it couldn’t be done just by someone setting up and giving it a go.”

The use of bio detection dogs is not looking at replacing diagnostic systems that are already in place in hospitals, but being an additional tool so cancer can be detected more quickly. The UK has one of the worst cancer survival rates in Europe, which is often down to late diagnosis. The dogs would test samples and then medical professionals could make more informed decisions about which patients’ health would need further investigation.

One of the reasons the study is focusing on prostate cancer is because this type of cancer is the most common in men in the UK, but is one of the most difficult to diagnose. The current PSA test, which is a blood test used to detect whether a man has an enlarged prostate, has a high false positive rate and invasive biopsies are needed to confirm diagnosis.

While dogs can be trained to sniff out cancer, medical experts don’t understand exactly what it is the dogs can smell. The long-term goal of the study is to help discover what chemical it is the dogs are finding so that a machine can be developed that can detect cancer.

“The dog’s nose is so fantastic, thanks to centuries of evolution, but feasibly in the future there could be an electronic system that could mimic that,” said Claire. “You hope machines would be able to do some of the work as you wouldn’t want dogs to have to go through thousands and thousands of samples. The electronic nose is the long-term goal but when that may happen is not clear; it depends on discovering how dogs do it, the science, and electronic advancement.

“We’re working with a University of Bedford professor and all the information we get will go to him, which should speed the development of the electronic noses of the future.”

A device that could instantly detect cancer could save thousands of lives and it was this idea that gained support for MDD’s work in the early stages.

“As one of the strong messages was: ‘Let’s learn what the dogs are doing and it could lead to an electronic nose’, we got support from the medics,” explained Claire.

“People have said that they can see an electronic system that mimics the dog’s nose is a good idea and in the meantime they have seen the dogs and realised they could save lives now.” 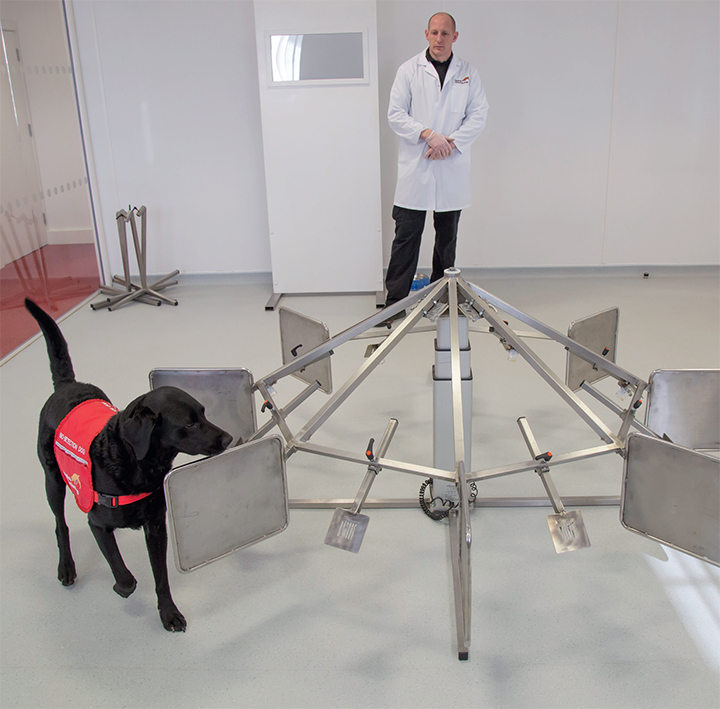 Dogs can detect odours in tiny concentrations, up to 0.001 parts per million, which is the equivalent of one teaspoon of sugar in two Olympic-sized swimming pools. Cancer contains volatile organic compounds (VOCs), which are smells that the dogs can pick up. At the charity’s base in a village near Milton Keynes, bio detection manager Rob Harris trains the dogs. Each dog is led into the laboratory, which has a carousel where eight different urine samples are attached. The dog sniffs each sample and will indicate, with some behaviour specific to the dog, which sample has come from a cancer patient. Clicker training and rewards are used to help inform the dogs that they have found the right sample.

Rob works to hone the dogs’ skills so they increasingly understand what it is they need to find. The sample from a cancer patient is gradually moved to different positions on the carousel and over time instead of the sample being tested against healthy urine samples, it is tested against samples from people with other diseases. In this way the dogs can keep narrowing down to exactly what they need to sniff out.

The skill of the dogs doesn’t change; it is the communication between the handler and the dogs that improves.

Rob and his team are building up the accuracy of the dogs to a point where they can perform in a double blind study. This is a test where neither the dogs nor the researchers (Rob and the research team) will know the position of the urine samples that have come from cancer patients. It is this level of testing that can ultimately prove the dogs’ accuracy and reliability.

While the study into prostate cancer is leading the way, the charity is also working on studies into other forms of cancer, which are at an earlier stage. This includes the first proof of principal study into detecting breast cancer using breath samples.

At the time of writing, MDD has around 17 bio detection dogs at different stages of their training. Labrador Daisy is Claire’s dog and as a trained bio detection dog has sniffed over 6,500 samples and detected over 550 cases of cancer. Incredibly, Daisy also alerted Claire to the fact that she had breast cancer, when the dog kept jumping up against a bruised area on her chest. This inspires Claire to keep driving the research and charity forward.

“Daisy discovered a deep-rooted cancer and if it wasn’t for her I probably wouldn’t be here,” said Claire. “I think that maybe one of the reasons I am here is to help push this forward and help other people.”

The potential to help other people is enormous. Nowhere else in the world are health-care systems working with dogs to diagnose cancer.

“There are other studies around the world, but this is world leading,” said Claire. “I think that within the next five years there will be a pilot where dogs are used to diagnose cancer. To roll it out countrywide would take another five years after that.”

A health-care system with dogs helping to diagnose cancer could save thousands of lives, and a charity in Milton Keynes — and its faith in dogs — will have changed the world.

The charity was founded in 2008, although the work of MDD began around 2002. Based near Milton Keynes, MDD currently has two aspects to its work: one is training bio detection dogs and the other is training medical alert assistance dogs. These are dogs who help people with specific health conditions such as diabetes and Addison’s disease. The dogs detect changes in odours and alert owners to potentially life-threatening events such as low blood sugar levels or seizures.