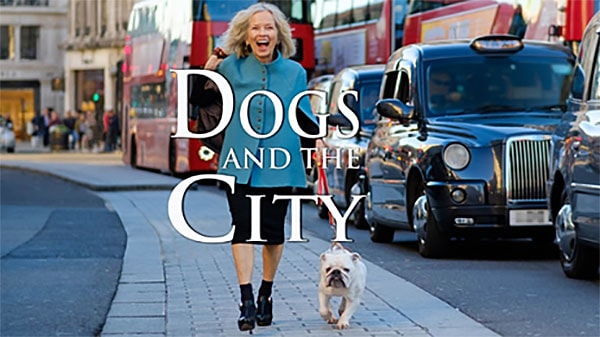 Broadcaster, actress and vlogger Jo Good is getting tails wagging across London, as she is joined by celebrity guests and their pet pooches for brand new podcast Dogs and the City, produced by the BBC for new platform BBC Sounds.

Accompanied by her own bullbog Matilda, Jo, her guests, and their four-legged friends take a 30-minute walk across the City, discussing everything from pet-owning to recent projects. Guests lined up so far include singer Katrina Leskanich (Katrina and the Waves), presenter Greg James, actress Maureen Lipman and comedian & close friend Julian Clary. Alongside celebrity guests, Jo will also be checking in with Londoners about the unusual places they co-habit with their pets and exploring the wonderful world of Instagram famous dogs!

The launch of the podcast follows an 18-year career with the BBC, and a lifetime of dog-loving, which led Jo and close friend Anna Webb to publish Barking Blondes. Jo has even featured as a pet-expert on This Morning and The Alan Titchmarsh Show, as well as taking part in Sky1 documentary A Different Breed.

Jo also presents BBC Radio London’s Barking Hour (the only radio-based dog show in the world!) every Thursday afternoon, and vlogs weekly under the pseudonym MiddleAgedMinx, working to banish the technophobic over-50s stereotype.

Of the podcast, Jo said: “I’ve been released from the constraints of the studio to record on the streets of London, accompanied by my soul mate, a white bulldog, Matilda. I used to think it was only me who thought any excursion is made better with a dog… but now I know I’m not alone!”

‘Dogs and the City’ is available via BBC Sounds and all other major podcasting platforms, with new episodes every Thursday. Follow Jo on social media @MiddleAgedMinx.