“I knew in my heart she was still alive…” But Jenny Holgate’s elation at finding her dog after an epic eight-day search soon evaporated once the extent of Nelly’s injuries became clear. Joanne Bednall reports.

Few stories can rival that of Nelly the Labrador when it comes to bittersweet endings.

Yet despite surviving more than a week without food in freezing overnight temperatures, and sustaining a life-changing injury, Nelly inspired a community, and prompted her 62-year-old owner to declare she would get a tattoo in celebration of her “miracle dog”.

The one-year-old dark yellow Labrador disappeared from a field near Liphook, Hampshire, while Jenny was tending to her horses one day in late November.

Jenny thinks Nelly became disorientated during Storm Arwen, which brought some of the decade’s most powerful and damaging winter weather, with gusts of nearly 100mph in parts.

“Nelly was in the field running around with my other dogs, Labrador Ella and Gracie, a Jack Russell X Dachshund,” recalled Jenny, a pastry chef who makes cakes for a local farm shop.

“When I called them, Ella and Gracie came back but Nelly was nowhere to be seen.

“At first, I thought she couldn’t hear me in the whipping winds so I stood on top of the hill and called again, but there was no sign of her. It was so out of character — she had never run off before.” 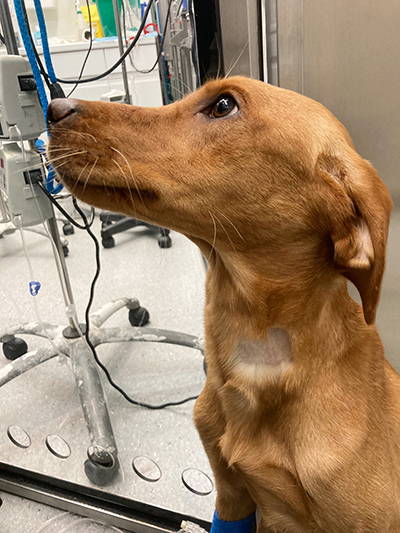 Nelly wouldn’t take her eyes off Jenny when she arrived at the vet’s. 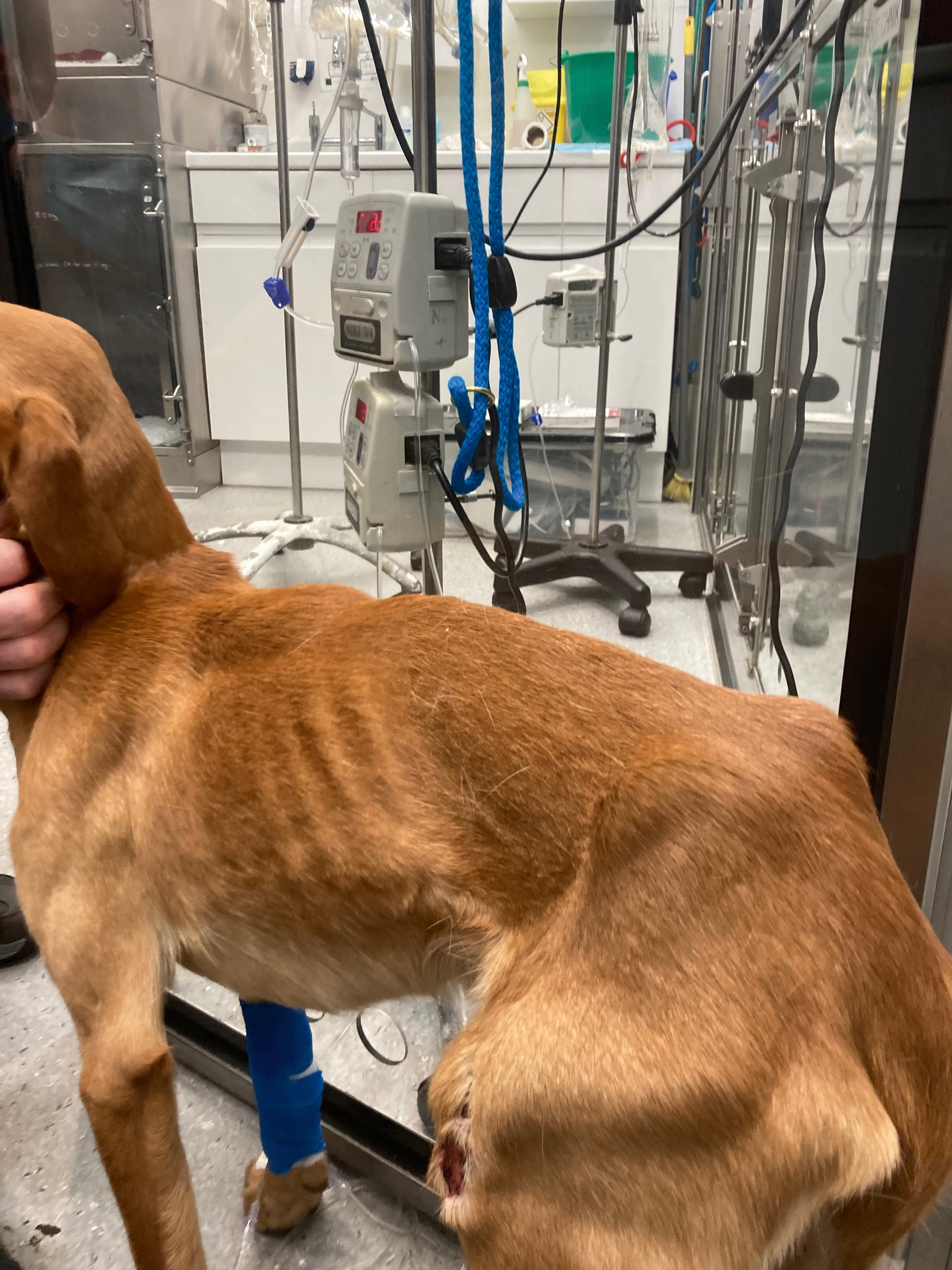 Nelly was emaciated when she was found and her leg was broken in two places.

With the help of her son, Robert, and his girlfriend, Betty, Jenny immediately organised a search party and started to comb the local area. Unbeknown to her at the time, Nelly had been spotted in the village just 20 minutes after going missing, and was seen crossing a road four miles away in Grayshott 10 hours later. There was also a sighting of her in Hindhead, even further away from home, the following morning. But by the time Jenny arrived at each location, there was no sign of her beloved dog.

As the hours turned into days, Jenny became increasingly frantic and walked further, dragging old socks and touching branches to leave her scent.

“I went through every emotion possible, from the depths of depression to being determined to find her,” said Jenny, who alerted DogLost and posted on a village community page, while her friend, Pauline, responded to text messages, and Betty handled social media updates.

As well as putting up 1,500 posters, Jenny followed her dog trainer Richard’s advice to cook sausages and bacon on an open fire outdoors in the hope Nelly would be tempted by the smell.

“There was one more sighting eight or nine miles away the following morning,” continued Jenny, “then nothing. Nelly isn’t used to busy roads so I knew she’d be scared, plus she was out in minus temperatures; wind, rain, and snow.”

Soon, it seemed like the whole community was out looking for the lost Labrador, but there were no more confirmed sightings. A wildlife camera, along with smelly fish as bait, was set up at two locations with the help of Vicky Laver-Platt from Surrey Missing Pet Support CIC, but it only revealed foxes and pheasants eating the food.

Read the rest of the feature in the May issue, available to read instantly on our digital edition HERE or purchase the print edition HERE.