The number of pets eating junk food is on the rise 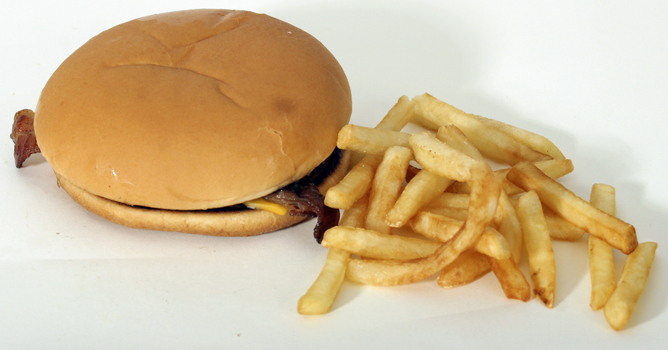 Misguided owners are allowing their pets to gorge on unhealthy leftovers from takeaway meals. Nearly three-quarters of dog and cat owners - 72 per cent - feed their pets unhealthy scraps from meals including fish and chips on a regular basis. One in 10 people do this every day.
The survey by MORE TH>N Pet Insurance found that 18 per cent of owners attempt to curry favour with their pets by letting them lap up chicken tikka masala, while one in two people - 47 per cent - give their dog dairy-laden dishes such as lasagne and pizza.
Pet owners could be adding an extra 30,405 calories per year to their pet's diet on top of the animal's normal ration.
When quizzed on the reasons for letting pets indulge in their leftovers, 25 per cent said they found themselves powerless to resist their pet begging and wanted to please them. A further 41 per cent admitted that they didn't think it did their pets any harm.