Dog so matted he couldn’t move now loves being pampered in his new home! When Frankie was rescued by the RSPCA he was so matted he couldn’t see or move.

The four-year-old terrier cross was absolutely filthy and was covered in tight, knotted matts of fur all over his body, meaning he could barely walk. The coat was so thick around his head he struggled to see.

He was rescued by RSPCA inspectors in August when he was found abandoned with another dog in Sowerby Bridge, North Yorkshire, and he was taken into the charity’s Warrington branch before being transferred to RSPCA Leeds & Wakefield branch for urgent care.

Frankie - and his little terrier friend, Benny - needed a major haircut and groom to get rid of all of their filthy, matted fur. Staff then set about giving them lots of TLC and started to search for homes for the cute duo.

Tracey Williamson, from Leeds, was heartbroken after she lost her Westie at 15 and said she’d never get another dog. But, when her daughter spotted Frankie on the RSPCA’s website, it was love at first sight.

Tracey said: “My heart melted when I saw his photo. He looked like our late dog and we completely fell in love with him. We submitted an application and kept our fingers crossed but weren’t holding out much hope as we knew how much interest there had been in rescue dogs during lockdown.”

But, in September 2020, Tracey and her family were asked to go and meet Frankie and were matched with the little Westie-cross.

“We were so excited when we were chosen to adopt him,” Tracey said. “He’s settled in really well. He can be a little nervous of new things but he’s really growing in confidence. When we first got him he was quite anxious on the lead and going out and about but now he absolutely loves his walks.

“It’s such a huge transformation from the matted little dog who arrived at the RSPCA centre in such a state. It breaks our hearts to think how he was treated before and we hope, in time, that he’ll forget about his past. 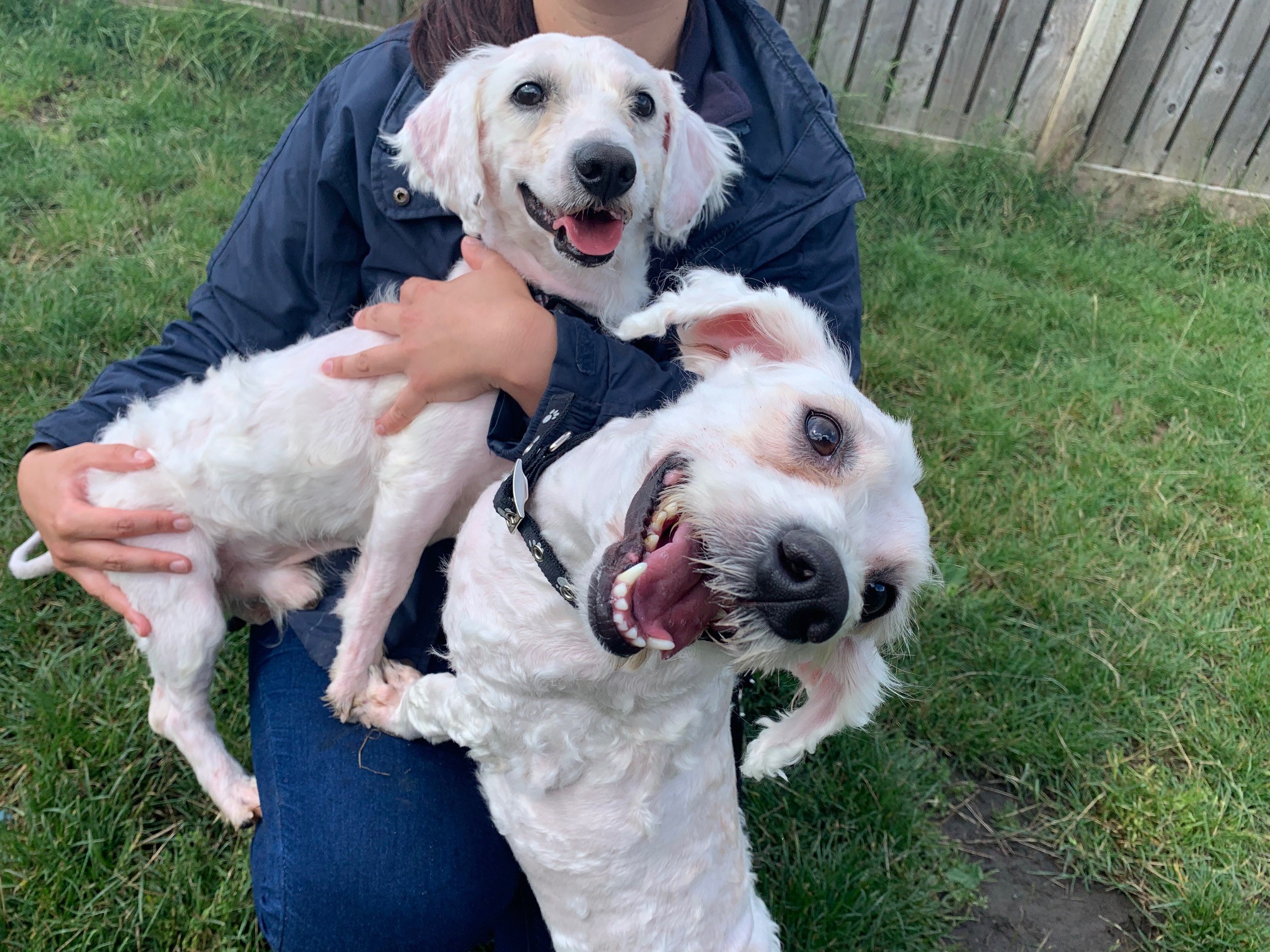 “Now he gets very spoiled and loves a bit of pampering! He goes to the groomer regularly and really enjoys the fuss and attention he gets. He’s a little star when he has a haircut.

“He’s such a lovely dog, he’s so affectionate and we couldn’t imagine our lives without him!”

The family are still helping to build the little dog’s confidence and are working with a trainer to help with his reactivity around other dogs.

They’ve also started to introduce him to toys and teach him how to play.

“I don’t think anyone has ever played with him before as he doesn’t really understand what toys are,” Tracey added. “But we’re going to try to introduce him to games and teach him how to have fun!

“He’s brought us so much joy and love, especially during lockdown, so we’re determined to do the same for him.”

To help the RSPCA continue rescuing, rehabilitating and rehoming animals as well as investigating animal cruelty, please visit our website or call our donation line on 0300 123 8181.To support the work of RSPCA Leeds, Wakefield & District branch - a separately funded charity - please donate online.