The life threatening disease is transmitted to dogs by infected ticks and dogs in Essex, are believed to be the first in the UK to have contracted canine babesiosis. It originates from Eastern and southern Europe and there are various different strains.

The discovery comes as scientists at the University of Bristol, conducting the Big Tick Project - in conjunction with MSD Animal Health, say their initiative has grown into the largest ever veterinary study of ticks and tick-borne disease in the UK. 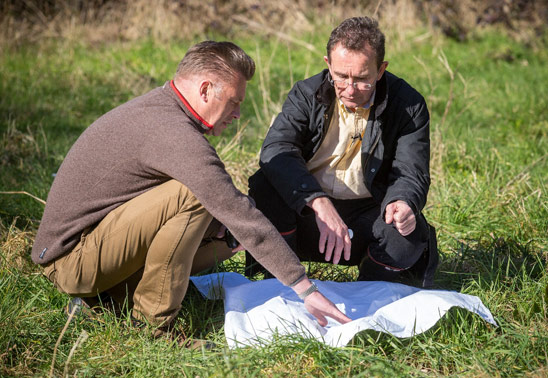 Almost 1,500* vet practices responded to the call for tick collection from dogs by the University of Bristol team and TV naturalist Chris Packham.

The scientists are now sifting through 6,372 ticks collected from dogs in 2015 and will be revealing their Big Tick project findings later this summer. They originally thought the numbers would be just in the hundreds and say it shows the scale of the problem.

These tick samples are currently being ‘mapped' by location and analysed for the presence of tick-borne disease such as Lyme disease.

In response to growing concern over the risk to pets and people from tick-borne disease and calls for improved education aimed at preventing infection, the first Tick Awareness Month will take place this July with the support of veterinary practices across the country.

The results of the Big Tick Project are due later this summer and will be released to coincide with the first national Tick Awareness Month.

The video below features BBC broadcaster and naturalist Chris Packham, the vet who has treated three of the cases, a case study involving a dog who nearly died of the disease, and a Professor from the University of Bristol.