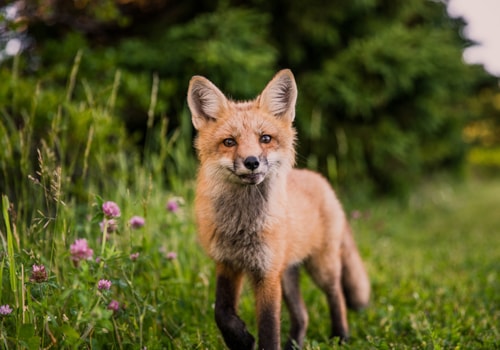 Parasite threat for pets after garden wildlife booms over lockdown 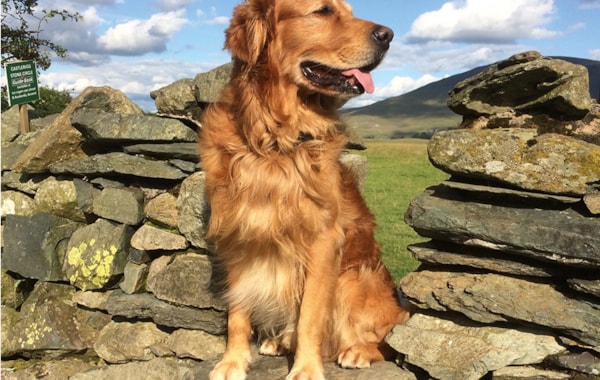 He may not have shown much potential as a therapy dog for the first two years of his life, but Spartacus has more than made up for it since.

Despite Eileen Slattery, his owner and co-founder of charity Therapy Dogs Nationwide (TDN), admitting that her Golden Retriever’s head “wasn’t really in it” when he was young, she always knew one day he would shine.

“Sparti wasn’t good enough to be a therapy dog until he was two years old,” explained Eileen, who always believed the now seven-year-old retriever would be worth his weight in gold once he was more mature.

“He was too lively and intense early on and just wasn’t ready. But you have to have faith in your dog. I didn’t want to push him — what sort of a life would it be for him if he didn’t enjoy it?”

Instead of receiving an engraved watch as a retirement gift from the private bank where she worked full-time, Eileen asked colleagues for donations towards a puppy she could train as a therapy dog, who would also be a companion for her two older Golden Retrievers, six-year-old Cosmo and 13-year-old Bonnie.

“They had a whip round and collected an amazing £3,000, which more than covered the cost of the puppy and my many visits to see him in the first few weeks,” continued Eileen, who saved up her holiday entitlement so she could leave a month early to coincide with the pup’s arrival.

Bred by the respected Catcombe Golden Retriever kennel, Sparti was the smallest in his litter and clambered over his nine siblings to get to Eileen first — so she chose him. Sparti finally passed his assessment and became a registered volunteer for TDN, which Wirral-based Eileen launched with Eileen Hodge in 2016. The charity enables temperament-tested, insured dogs and their owners to offer people comfort, distraction, and stimulation in a variety of settings.

Over the last five years, Sparti has cultivated an impressive CV, and recently added a prestigious award to his credits.

In July, the Golden Retriever and Eileen, 68, were named Volunteer of the Year 2020 by their local NHS trust and presented with the coveted Heart Award.

“We were so proud and thrilled to be awarded Volunteer of the Year by Wirral Community Health and Care NHS Foundation Trust,” said Eileen, who was initially told in March that she had been nominated for an award and to wear a “posh frock” to a presentation ceremony, which was subsequently cancelled due to COVID-19.

“It then went totally out of my head so I was amazed when the trust’s CEO, Karen Howell, and a film crew from the media department turned up on my doorstep and presented me with a glass trophy and a food hamper. I still had some cake left from the previous day, which had been my and the NHS’ birthday, so we all had a slice to celebrate, while Sparti danced round the back garden with his teddy bear. 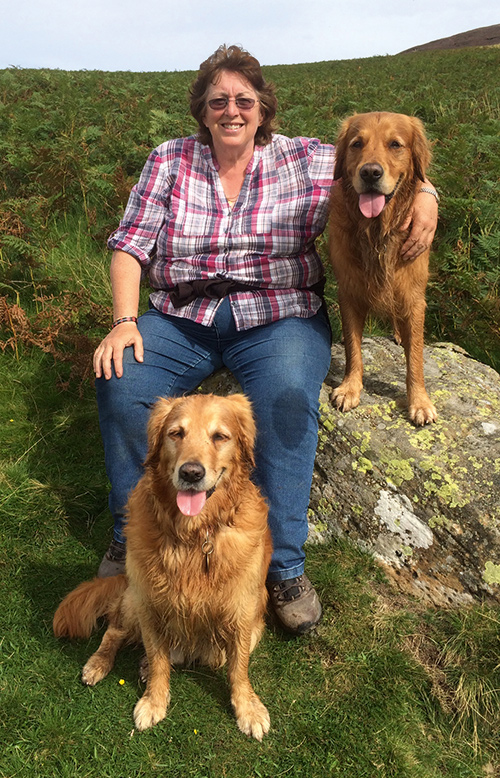 “I was in such a daze. It’s a huge honour as there are so many magnificent volunteers in the health service.”

Sparti has been registered as the trust’s therapy dog for more than a year, after first being asked to engage with patients at a Parkinson’s clinic in the community hospital at St Catherine’s Health Centre.

“He helped break the atmosphere of trepidation while people waited for tests or results, taking their mind off their worries and anxieties for a few minutes,” said Eileen.

“Although Sparti looks so serious, he is the happiest dog in the world. Once his paws touch the floor, his tail wags, and he smiles 24/7.”

Feedback from staff and patients was so positive that the pair are now a familiar sight in the trust’s clinics and departments across the borough, while Sparti even has his own promotional banner in the hospital.

Last summer, the pair and other charity representatives were invited to the Houses of Parliament to promote TDN’s work, after Boris Johnson’s brother spotted a volunteer and their dog quietly going about their business in London.

“We took along 15 volunteers and their dogs, ranging from a Chihuahua to a Great Dane, to show the diversity of our breeds,” continued Eileen.

“I had to address 90 MPs in a committee room at Portcullis House but wasn’t as nervous as I thought I’d be, as my passion for the charity, dogs, and helping people just took over.”

Afterwards, while some dogs met the now Prime Minister, Sparti received cuddles from the Secretary of State for Health and Social Care, Matt Hancock, who told Eileen that he thought dogs could be capitalised on more in the NHS.

While at Westminster, a group of Welsh MPs expressed admiration for the charity’s work in prisons, and invited volunteers to address the Welsh Parliament in Cardiff .

“More than double the usual number of Welsh MPs turned up to hear about our free community service that puts a smile on people’s faces,” continued Eileen who, two years ago, managed to juggle running the charity with battling breast cancer.

In addition, the Golden Retriever and a team of his fellow therapy dogs greeted homeless people and helped ease their anxieties at a Christmas open day organised by Liverpool College students, while they took two million parcels whizzing over their heads at a noisy Amazon distribution centre in their stride during a staff well-being and suicide awareness event.

Although volunteers kept connected during lockdown by swapping video postcards of their dogs’ antics and communicating with schoolchildren online, Eileen is itching to get back to doing what she loves most — visiting people in the community.

“We are all eager to return to visiting as soon as it is safe to do so,” added Eileen, who is keen to increase the number of charity volunteers nationwide.

“We started with four people and went from zero to 100 volunteers in our fi rst year. TDN now has 950 and is expanding all the time. We are a very friendly charity that listens to our volunteers and has care and compassion at its core.

“But in the months ahead we will be busier than ever as mental health issues will be a huge concern after COVID-19.”

For more information about Therapy Dogs Nationwide, or to find out how to become a volunteer, visit www.tdn.org.uk 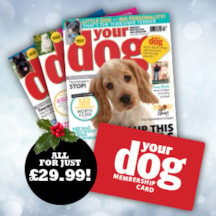