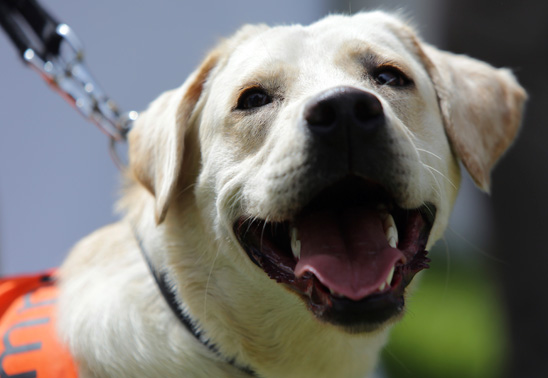 Although there are a number of animals in the world that have had a significant impact on the lives of humans, none have altered our lives quite so frequently as dogs.

We began our long relationship with them at least 18,000 years ago when we domesticated wolves as hunting partners and companions. Even in this day and age, canines are still employed in a number of different positions that benefit society and dogs alike.

The most popular canine careers generally fall under the lump title of ‘human services.' This involves a number of careers ranging from dogs serving in the police force to service dogs for the disabled community. The majority of these positions involve highly trained animals that have extreme levels of loyalty to their owners.

Canines that serve in the police force can participate in a number of different aspects of the field. Many frequently serve as drug detection dogs. These canines are generally trained to identify two to three different drugs by scent and to either sit or lie down if they have located something. Drug detection dogs are not usually trained to detect other objects that police might be in search of. For instance, bomb detection dogs in airports and search/rescue dogs will not typically be able to identify drugs as well.

Dogs aiding the disabled community also act as caretakers in a number of different areas. When we think of this type of service animal, the thought that most frequently comes to mind is a seeing-eye dog. However, disabled service canines also serve in a number of other ways such as by helping people with movement limitations get around and reach objects, alerting diabetics to low blood sugar levels, and aiding in caring for psychiatric patients.

How they benefit dogs

The average dog today has been bred for thousands of years; and for many of those years they worked closely alongside us. Until recently, most canines did not spend their day waiting idly in the backyard for their owners to return from work. In fact, having an activity and a purpose that goes along with a canine career tends to create better-behaved, healthy animals. Much like humans, having little to do during the day leads to boredom, which in turn leads to getting into trouble.

How they benefit us

The benefits of having canines in the workforce cannot really be understated. Dogs that have served in the police force have played a significant role in reducing crime and keeping their handlers safe in dangerous situations. One study found that canine units tended to be both more efficient and accurate than police units made up of just officers. Furthermore, handlers have reported feeling particularly close with these animals and willing to trust them with their lives.

Many people that have a dog that helps with a disability tend to feel the same way. Many of them have enabled their owners to live without the assistance of other people, which provides a great feeling of independence that can be taken away with the diagnosis of a disability. Furthermore, the psychological benefits of having the unconditional love of a dog have been proven to aid in healing. Pets such as these can provide a social structure for people that otherwise are unable to connect through interactions.

There are a large number of different areas in which dogs have greatly affected our lives for the positive. Service is just one of the many aspects that have significantly benefited both of our species.