No dog owner wants to hear those words, yet what are the treatment options for patients? Vicky Payne explains.

Every day there seem to be adverts on the TV reminding us that one in two people will get cancer in their lifetimes.

Despite vast amounts of research and fundraising, this has increased from one in three when I was a child, but this is a consequence of people living longer, and better early detection of cancers. The good news is that more people than ever before will either be cured of their cancer or be able to live with it. But what about our dogs?

Owners are always worried that lumps and mysterious symptoms in their dogs may be signs of cancer, but cancer is a less frequent diagnosis in dogs than it is in people. Accurate data on the prevalence of canine cancers seems hard to find, but it is listed as the cause of death or euthanasia in around one in four dogs.

My first worried client in this diary entry came in with a young French Bulldog with a pea-sized ulcerated lump on his foreleg. My rule when faced with lumps is that they should be tested if they are over the size of a pea, or have been present for a month or more, as well as if they are painful to the dog, or rapidly changing. Unfortunately, this patient is difficult to examine so a conscious fine-needle aspirate test was out of the question. Based on the appearance of the lump and the young age of the patient, I was able to reassure the owner that this was probably a benign tumour called a histiocytoma. These tumours pose no threat to the dog’s
long-term health and will regress over a few months. If this lump gets bigger, then I will need to anaesthetise the dog to remove it and send samples to the lab. 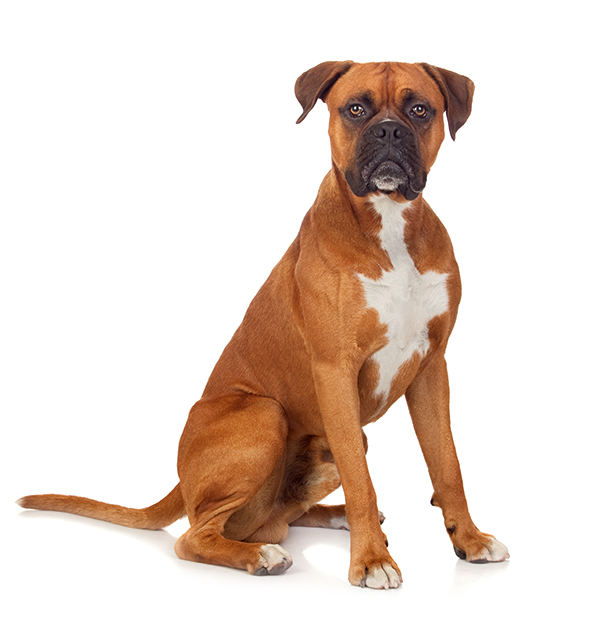 The Boxer is among the breeds more commonly affected by mast cell tumours.

The malignant big brother of the histiocytoma is the mast cell tumour (MCT), and this is never a nice diagnosis to discuss with owners. MCTs account for 7 – 21 per cent of all canine skin tumours, but can also develop in internal tissues. Any breed or cross-breed can get them, but Boxers, Labradors, Golden Retrievers and other popular breeds are more frequently affected. Grade 1 tumours can usually be removed surgically but may require large amounts of surrounding tissue to be removed. Grade 2 tumours are unpredictable and additional testing is advised to get a better prognosis. Grade 3 MCTs are the most aggressive and chemo or radiotherapy may be suggested to extend survival time. Recently, a new treatment has been developed for MCTs in difficult surgical positions such as on the lower limbs. An injection is given into the tumour, which then causes the tumour tissue to die. This leaves an open wound which quickly heals. So far we have used this treatment on one case and things have gone well. It isn’t without risks, and multiple revisits are required, as well as drugs, to control pain and the risk of infection.