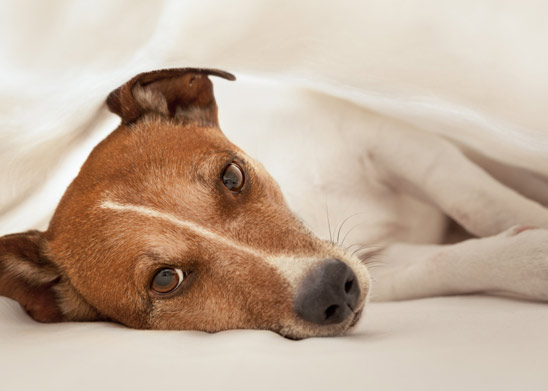 Roberta says: There are a number of viral and bacterial diseases that can cause the symptoms of upper respiratory infection, which generally include runny nose and eyes, coughing, and sneezing. In humans these symptoms are generally caused by a rhinovirus (which causes the common cold) or the influenza virus (which causes flu).

A common respiratory disease, kennel cough can cause a cough, discharge from the eyes, and a high temperature. Affected dogs are highly contagious and are often given antibiotics to fi ght it off, although it can take weeks for them to fully recover.

Some bacterial elements of kennel cough are vaccinated against in a normal booster and there is also a bordetella vaccine available. It is given up the nose and is often recommended for dogs who mix with a lot of other dogs, or regularly stay in kennels.