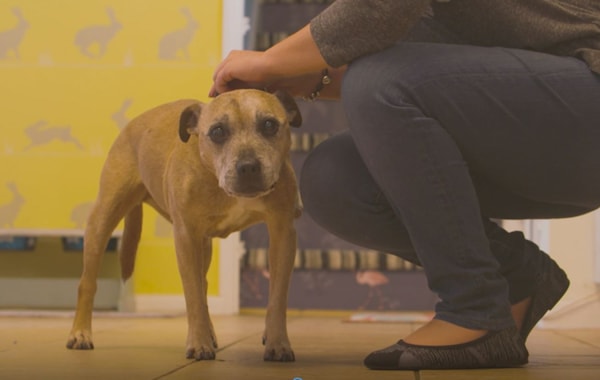 Agria Pet Insurance has launched this year’s ‘Age Amnesty’ campaign with a video, ‘Lifetime of Love’, reflecting on the life of Bella, a 16-year-old Staffordshire Bull Terrier.

The video highlights the memories made over the years, and how much older pets still have to look forward to – helped with the protection of lifetime pet insurance.

This is the sixth year that Agria has run ‘Age Amnesty’ – a two-month period where no pet is too old for lifetime insurance. This addresses the fact that, once a pet reaches a certain age, owners can struggle to find insurance for them if they are not already insured. During October and November, Agria has removed maximum upper age limits for new policies, so even the oldest pets - like Bella - can be protected with a lifetime policy.

Present-day Bella is played by Bacon, a 16-year-old Staffordshire Bull Terrier. She reflects on her life so far – one that has been incredibly full. Tate, her great-niece, plays her memories.

Some of the highlights of Bacon’s life include:

Great-niece, Tate is following in Bacon’s footsteps. She’s now on the display team and – unsurprisingly, given her incredible agility performance in the video – is successfully competing in both agility and hoopers.

You can watch the video below...

Accompanying the video are survey results that have been released from Agria. Owners of cats and dogs over ten were surveyed, and it was found that:

Simon Wheeler, Managing Director of Agria Pet Insurance says, “Those of us with older pets totally understand the deepening bonds that develop as the years roll on. Across a year punctuated by Coronavirus, we have looked extensively at the critical role pets play in our lives and have had some incredible stories and touching moments shared with us.

“Ensuring that our older pets can be protected with lifetime insurance helps to also safeguard this very special bond between the owner and their pet, helping them to enjoy happier, healthier older years as their dependency deepens.”

Owners taking out a new dog or cat policy during Age Amnesty can also claim a £50 free healthcare voucher from Agria, by quoting HS19.