10 big mistakes we make with our dogs

1. Allowing puppies access to the whole house and garden from day one 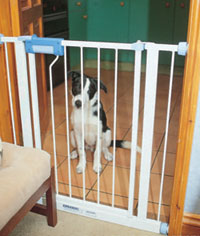 If puppies were always restricted to their own, easily cleaned and safe area of the house and garden while growing, just think what they could avoid doing wrong. They wouldn't get into the habit of weeing and pooing in the ‘wrong' places - such as the rest of the house. They wouldn't incur your fury by trashing valuable fittings, furnishings or possessions. They wouldn't learn the joy of taking some treasured item of yours and then running off with it so you chase them, or that if they are aggressive enough towards you they get to keep the item. They wouldn't be able to take hostile possession of anything from your sofa and bed to your hallway and front door, deeming it their right to decide how any visitor should be dealt with. By having their own fenced-off bit of garden they wouldn't learn to dig up the lawn and flowerbeds, or be able to trash or eat cherished or potentially poisonous plants.

Only when puppies have been taught good habits through training, such as giving things back to you when asked, for a reward, or to leave things when asked, and their toilet training is pretty reliable, should you gradually start inviting them into the rest of your home, returning them to their own area the moment they show any ‘wrong' behaviour.

2. Being lazy or unreasonable about toilet training

Some breeds, or individual dogs, can take longer to toilet train than others, but the principles are always the same; the more often your dog is in the right place (such as outside) when he relieves himself, and the more consistently you reward him both verbally and with a treat the instant he goes, the more reliable a habit this becomes.

If you don't religiously go out with your pup as often as possible and wait for him to go, you won't be in a position to reward him immediately for this, and therefore keep reinforcing such correct behaviour. It is totally unreasonable, if not barbaric, to physically punish puppies for going in the ‘wrong' place, such as indoors. This just breaks their trust in you, and can give them severe future hang-ups about relieving themselves in front of you. They may also take to going in more devious places indoors, or overnight, when you're not around.

3. Never teaching a dog to cope well with separation and ‘down time'

Many dogs' separation problems date back to their puppyhoods, when their owners allowed them constant access to themselves and their entire homes from day one. This can lead to extreme levels of emotional over-attachment in some dogs later on, and/or a sense of ‘all access' entitlement. These feelings then trigger the anxiety or frustration many dogs experience when an owner leaves them alone and confined. People often seem to think it cruel to make puppies or dogs sleep downstairs, and have regular periods of separation from their owners. But I think it more cruel still not to give dogs the emotional resilience to cope with routine periods on their own.

Dogs also have to be taught ‘down time', periods when nothing exciting is going to be happening at home and they must settle quietly. Each owner can decide when these daily ‘down time' periods should be, but they should remain as routine as possible, and occur only after the dogs have had sufficient periods of exercise and/or mental stimulation.

People's devotion to their dogs often blinds them to the fact that they have no manners, and as such can be offensive to other people or dogs. Bad manners in dogs include things like jumping up, constant yapping, charging uninvited up to other people and dogs, stealing or grabbing things off others, and refusing to do anything they are asked.

None of these habits would develop and endure if they were taught better behaviour when younger. Simple exercises with puppies, such as making them sit and wait patiently before getting any of the good things in life, starts the process of them learning the rewards of cooperating with you.

While dogs can routinely enjoy the experience of affection or love from owners, what they need most of all from them is a sense of security. The more your dog sees you as a strong leader, able to take charge of all the bigger or scarier decisions and situations in life, the safer and more protected he will feel, and the less likely to exhibit behaviours - such as aggression - prompted by anxiety, insecurity or fear.

Owners routinely fail to see how their own behaviour can affect their dogs. They may be anxious, indecisive, weak, panicky or aggressive themselves, yet still expect their dogs to exhibit exemplary conduct. Nor do they appreciate how much guidance dogs need, all the time, when it comes to knowing what they should be doing and when. Dogs can rarely know or guess what you want of them without consistent training throughout their lives.

6. Not teaching a dog to be socially adaptable or how to correctly react to visitors to the home 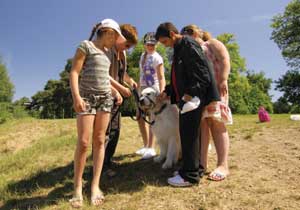 Dogs often develop aggression issues with other dogs or people, both outside and inside the home, out of a sense of insecurity, uncertainty or fear. Such feelings usually stem from insufficient positive interaction with other people and dogs when younger, and/or inadequate guidance from owners as to how they should behave during different social encounters.

If you don't teach your dog to have great social flexibility and confidence when he is young, through countless daily fun and positive interactions with different people and dogs, such skills can be harder and harder for him to master when older. Similarly if you don't make it clear to your dog from the outset that the entire household territory is yours, and that you alone decide what happens within it including how visitors should be approached, he may try to take over instead and adopt a more confrontational or territorial role out of confusion or panic.

7. Never teaching a dog to walk properly on the lead

Many people consistently fail to teach their dog to walk properly on the lead, which then triggers a lifetime of them having their backs or arms strained to busting point, as the dog tows them down the road, mangling his windpipe in the process and risking permanent damage to his neck and spine.

A dog pulls on the lead to get somewhere quicker than you are walking. When you put any device such as a choke chain on him, he will then pull even harder to try to escape the pressure you are applying to his neck. The more you pull back, the more he will then pull forward to escape this pressure. It's a totally endless and pointless battle.

The best way to lead train a dog is as follows. First, decide how far ahead you want your dog to go on the lead. As soon as he's gone this distance and the lead goes tight, stop immediately and make him come back to you and sit. By contrast, any time he is walking nicely next to you, praise him fulsomely, say a word such as ‘Close', and give him a treat. Your dog needs to learn that only walking next to you will bring rewards, whereas pulling will get him nowhere.

That's all there is to it. Granted this exercise can be very tedious until you have finally perfected it. But isn't this still preferable to a lifetime with a pathological puller?

8. Failing to properly correct ‘wrong' behaviour the instant it starts

A great many bad behaviours in dogs only persist, or become ingrained, because they weren't properly challenged and corrected the instant they first started.

Owners often imagine they have corrected a dog, when in fact they have just got angry and upset or frustrated and shouted at him, which usually makes matters worse.

There is a world of difference between correcting wrong behaviour in a dog, and simply rewarding/reinforcing this behaviour instead through the type of attention you give it. To correct a dog you must adopt a calm but firm manner, make good eye contact with him, then walk quickly forward into his space, making him move back as you give your correction word or sound - such as ‘Uh-huh!'. Thereafter, immediately invite a preferable behaviour from him - such as ‘Lie down' or ‘Sit' and ‘Watch me' - which you can reward instead with much praise and a treat.

Doing this every time your dog does the wrong thing will have a lot more impact on changing his future behaviour. 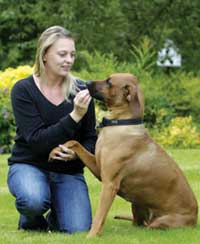 So get into the habit of always making a big fuss of your dog, and intermittently rewarding him with treats, whenever he is doing something good - such as settling quietly - or cooperates with you or a command is some positive way. This is the best way to shape any dog's behaviour for the better.

10. Failing to remember that dogs are not people, and will never be able to think like us

Everyone has made a mistake sometime with a dog. Erring is human and mistakes are the critical first step to our learning to do things better. Because we are human, however, our mental programming often makes us forget that dogs do not think like us. This in turn leads us to judge them over-harshly or unjustly.

Dogs are not stupid, or bad, or mad; they are simply a different species, designed for a very different existence to our own, who need help to understand what we want of them. And the more we respect this simple reality, the better our relationships with them can be.