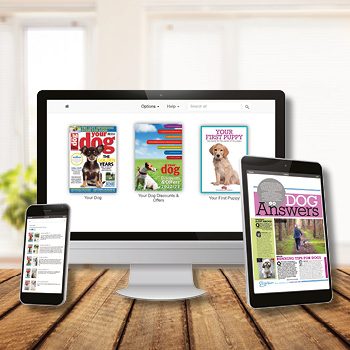 ✔️ Your First Puppy Guide- taking you through all the various stages during the first year of your dogs life.

✔️ Access over 6,000 pages of expert advice and dog features, from breeds to health, activities to walking guides. Current issue added every month. Read on your phone, tablet or computer.