It may be that although you'd like to give a rescue dog a home, you really feel drawn to a particular breed. However it's not impossible to reconcile the two wishes.

Your local shelter may have a suitable candidate in residence and, if not, you can always leave your details in case one does turn up. You can also contact the appropriate breed rescue group; virtually every breed has at least one, and in the case of some of the more popular breeds, you'll find there can be as many as a dozen.

The reasons for pedigree dogs ending up in rescue centres varies; some have suffered neglect or abuse but happily this only applies to a small percentage. More often the dogs end up in rescue because of unforeseen changes in the personal circumstances of their owners which make it impossible to keep them.

Sometimes it can be due to a lack of research prior to buying a puppy, who, having grown out of the cute bundle of fluff stage into a bouncy adolescent, has become more than the owner bargained for. Obviously, if it is a breed you have not owned before you should not fall into the same trap yourself. Find out as much as you can from sources such as books, magazines, the internet, visiting Discover Dogs and chatting to breeders and other owners.

Advantages of adoption a pure breed

One of the advantages of taking on a pure rather than a cross-breed dog is that although temperament and personality vary from one individual to the next, known breed characteristics such as activity levels and potential health problems mean you have some idea as to what the future is likely to hold.

In addition, if - as is often the case - the dog is coming into rescue directly from a family home, a greater amount of detailed information regarding the dog's background and reasons for surrender will be available and perhaps a few home comforts too.

Obtaining a dog from breed rescue does, of course, also offer you a way of owning a breed you couldn't perhaps otherwise afford but - and quite rightly so - don't expect an adoption to be entirely free of either financial or moral obligations. You will be required to make a donation, pedigree papers are usually withheld, and as well as signing an adoption form certain stipulations may be attached, such as agreeing not to show or breed from the dog and to neuter the animal anyway, if this has not already been done.

Each breed group operates in its own way but generally having contacted the rescue coordinator and had a chat, you'll be asked to fill in an application form and possibly also be asked to produce a letter of recommendation from your vet. Don't expect a dog to be available immediately, as waiting lists are usually kept and the more narrow your preferences, the longer you are likely to have to wait. Some breeds come into care less frequently than others and have very long waiting lists and as dogs are also generally allocated to the home most suitable, not necessarily the one nearest the top of the list, you may need to be patient.

As with other rescue organizations, a home visit is also generally carried out to ensure that you can offer a suitable environment. Once you have acquired a rescue there may also be follow-up home visits and/or phone calls to check that you are both getting along OK. When a suitable dog is found for you, as well as paying a donation, you'll be asked to sign a form outlining the terms of adoption.

As most breed rescues are run by volunteers, often on a shoe-string, they don't usually have their own kennels and wherever possible try to leave dogs with the original owner. As well as helping to conserve funds this minimizes the stress for the pet. If this can't be managed they are often cared for in foster homes, with kennels only being used as a last resort in emergencies. Meetings between the dog and new carer and ownership transfer may occur directly in some cases but very often they take place at a halfway house, with the dog being dropped off by the original owner earlier in the day, so as to maintain confidentiality between both parties and avoid any potentially uncomfortable scenes.

Finding a breed rescue near you

If you contact the relevant breed club, they will be able to put you in touch with your nearest rescue. The Kennel Club (KC) also publishes a directory of breed rescues; your vet or local dog warden may have a copy you could check through or you can contact the KC direct for more information on tel. 0870 606 6705. 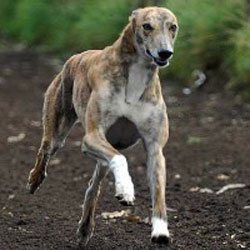 Probably the most numerous of all breeds in need of rehoming is the Greyhound. Although there are no accurate figures, it is estimated that of the 10,000 retired from racing annually, just over 3,500 are rehomed. The fate of the remaining Greyhounds is unknown although it is believed that many are destroyed. There has been much in the press about the plight of racing Greyhounds and if you are considering adopting a rescue, you could do worse than to offer one of these highly affectionate dogs a home. They do not need vast amounts of exercise or food and even though they may have spent all their lives in kennels, it generally takes them very little time to adjust to the pleasures and comforts of indoor life.

• Visit www.greyhoundrescue.co.uk for links to Greyhound rescues organizations plus information on care and FAQs.