What are the symptoms of prostate problems? 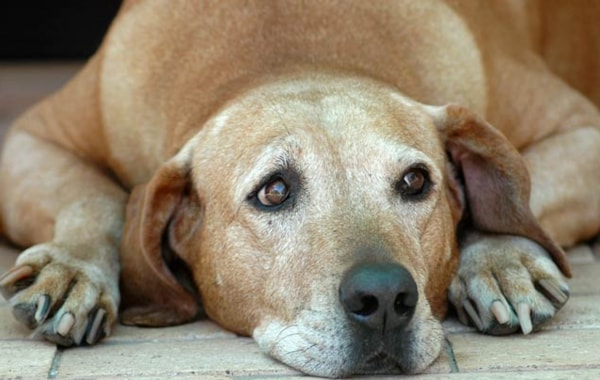 What are the symptoms of prostate problems in dogs, and how is it treated? We talk you through the process...

What is the prostate?

The prostate is a gland which produces a lot of the fluid that makes up semen. One of its major functions is to prolong the life of sperm cells, increasing the chance that they will reach the egg in the female. The prostate gland depends on the hormone testosterone produced by the testes - without which it shrinks to almost nothing.

What is benign prostatic hyperplasia (BPH)?

This is a medical condition suffered only by male people, dogs, rats, and ferrets. As the male gets older the prostate slowly gets larger and larger under the continuous influence of testosterone. The enlarged prostate doesn't cause problems until it starts pushing on surrounding organs, making the male uncomfortable and causing other unpleasant symptoms. It should be stressed that this is not a cancerous growth. Although cancer of the prostate does occur, it is far less common.

How do you know if your dog is suffering?

BPH only occurs in male dogs who have not been castrated. When the prostate gets really big, dogs can occasionally show a number of obvious signs: problems passing urine and/or faeces; blood in the urine; ribbon-like faeces; and lameness and pain around the rear end. However, by the time a dog reaches this stage he has been suffering for some time, so it's best to pick up on the condition by screening early.

How can my dog be screened?

Traditionally a vet would insert his finger into the dog's rectum and feel the prostate to assess its size. In the last few years it has become possible to diagnose the condition through a simple blood test.

How will my vet investigate the condition?

Your vet may decide to opt for treatment at this stage. However, depending on the general health of your dog, he may decide it is advisable to investigate it further prior to treatment. This isn't always necessary but does give a clearer picture of what's going on before treatment is initiated.

How is it treated?

Traditionally dogs were castrated. By removing the dog's testes, testosterone is no longer present, and the prostate shrinks back to almost nothing. This works fine, but it takes a long time for testosterone levels to drop, meaning that the dog suffers for a number of weeks after castration. In the last 10 years a new treatment has been introduced whereby a course of tablets is given over a week, which makes the prostate shrink very quickly, and stay that way for up to six months, after which another week's worth of tablets is necessary. There's no need for surgery, and in fact stud dogs can usually sire offspring.