Teach your dog to release a fetched ball 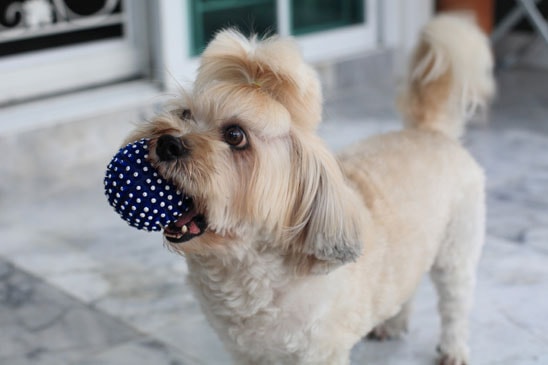 Steve Goward offers a few tips on how to encourage your dog to release a ball when playing fetch...

Behaviourist Steve Goward says: Teaching a dog to release a toy is generally a very simple procedure, but you need to be careful not to create anxiety or mistrust, which could lead to possessive behaviour.

Always try to set your dog up to succeed. Choose an object that your dog doesn't value too highly but which is novel and not uncomfortable to hold in his mouth.

Using high-value food rewards, teach him to drop the toy by showing your dog the treat, and as he releases the object say your release command. Try to avoid using the same command that you have in the past, as this word may have become just a noise that he has heard too often.

Once you have him dropping the low-value object start to say the release cue before showing the treat. Remember to change locations to start generalising the learning. Have a selection of toys to practise with and give them a value from one to five. Practise with the least valuable toys and progress through your list to the highest value. Once your dog is releasing toys in a variety of locations you can start throwing the toys and getting him to retrieve and release. This last part is important; the previous issues you had getting him to release balls will play a part, as he has practised not letting go when coming back with a toy.

If at any stage you don't get a release, go back a stage, stay patient, and don't keep repeating the command. Often, dogs will just need a moment to work out what you are asking, and it is better to give them time to work it out.

Don't get into a tug of war or a battle of strength, as this high-adrenaline activity is more likely to inhibit learning. Stay calm and positive for a long-term solution.