Why does my dog always want more food? Dog expert Tamsin explains why a reader's dog barks and jumps for more food after being fed and during play time... 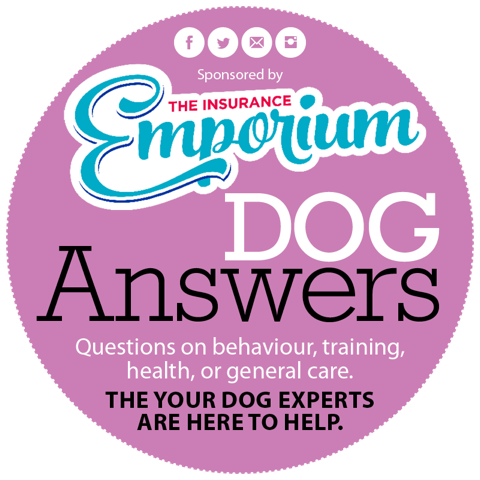 Why does my dog always want more food? My Golden Retriever pup (seven months old) has started barking before mealtimes and when playing. After I have fed him, he will keep going back into the kitchen, jump up at the cupboards and cooker, and bark for more food. What am I doing wrong?

Tamsin says: Don’t blame yourself — there are likely to be many factors at play and it’s great that you’re seeking support early! Dogs this age can typically show frustration-related behaviours, which sounds like what your pup is displaying. Your clever, food-motivated puppy has learned where meals come from, and when, so he is trying to communicate that he wants feeding/more food!

With toys, he’s likely trying to get you to engage in more play. Barking’s difficult to ignore, but our responses might inadvertently encourage our dogs. Generally, with any unwanted behaviour, the goal is to set dogs up for success by managing the situation. Teach him that barking at you doesn’t get a response; however, a more appropriate behaviour will always be praised or rewarded. For example, when playing, reward your pup for sitting before the toy is thrown.

Around mealtimes, give him something else to do while you prepare his food, such as asking him to settle, and intermittently reward him with a treat for staying quiet and calm. After the meal, encourage him to settle, or distract him by letting him in the garden. Preventing access to the kitchen might help. If he does bark, try to ignore or distract him, avoiding any telling off /feedback for it. Getting cross never helps and might make him bark more.

Lastly, check with your vet that his diet is appropriate for his age and keeping him feeling full, as this might contribute to food-seeking behaviour.