Too much fast paced exercise Exciting, fast-paced exercise can be addictive, and have a negative impact on your dog’s brain/body balance, as Julie Hill discovers.

Hannah learned a lot from her previous Border Collie, Holly, who developed painful conditions but still wanted to chase a ball. Now, Hannah avoids giving Luna access to balls to prevent her developing a similar obsession. 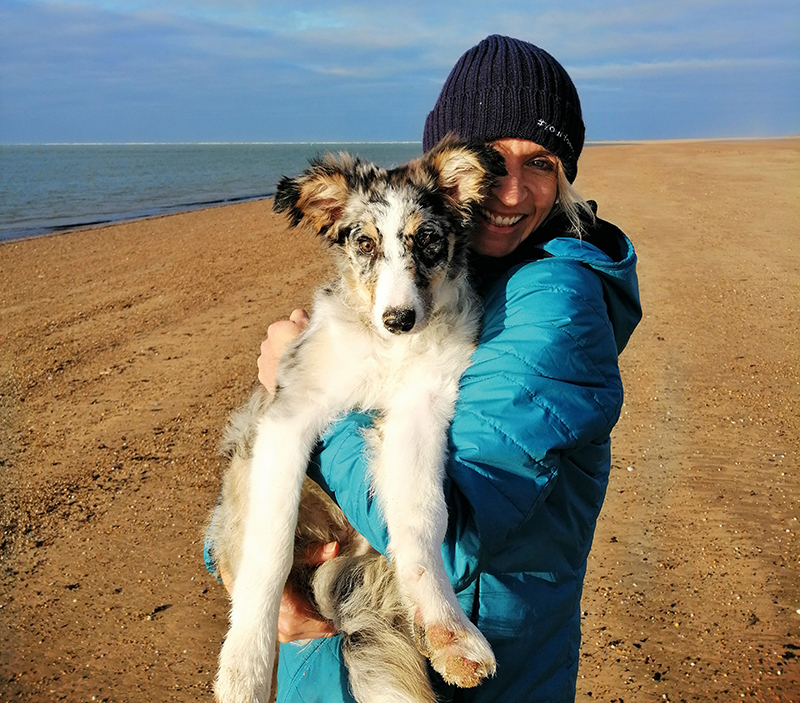 “At the moment, it’s trendy to be very naturopathic, but when you look at natural dog behaviour, do they chase balls repeatedly? No,” said Hannah. Personally, and in her work with CAM, Hannah has seen the physical and mental dangers of too frenetic exercise, and asks dog owners to honestly evaluate what they are doing.

The science backs up Hannah’s concerns — any fast exercise can become too rewarding for a dog.

Clinical animal behaviourist Roz Pooley, founder of The Mutty Professor, said: “Some dogs enjoy going for a run with their owners, two of mine included. The issue here is that as their physiology changes during aerobic and high-intensity exercises, it can mask their perception of pain. Dogs may not realise they’re in pain until later.” 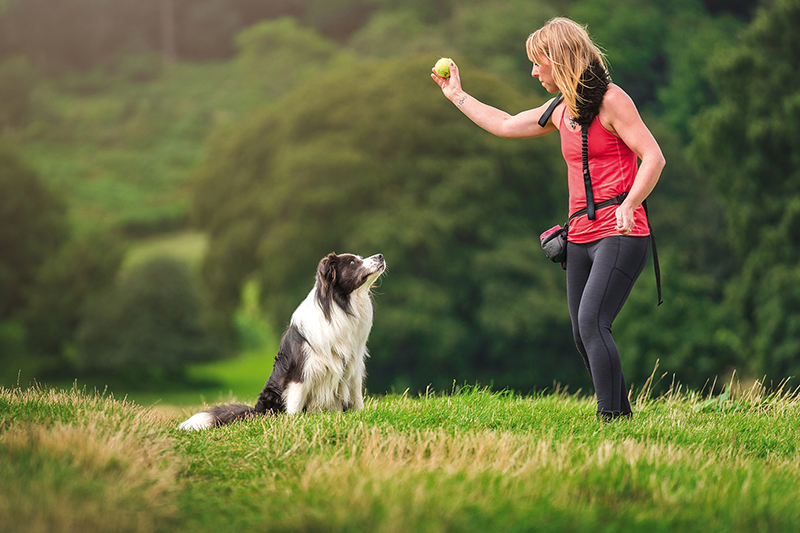 Roz says balls can be a useful teaching tool if used correctly.

Even more alarmingly, she revealed: “In hot weather, dogs can die of heat stroke because, regardless of weather conditions, they’ll continue to be motivated to play ball due to the dopamine released during anticipating and accessing the reinforcer — in other words chasing and catching the ball.

“It’s unnatural to have dogs continuously engaged in the chase part of the predatory sequence. It can be a useful training tool, but you need to be sensible and use it in moderation.”

Kathy Murphy, vet, neuroscientist, and founder of Barking Brains, agrees and added: “Throwing a ball is not inherently bad, it’s the way that you throw it.

“If you’re chucking the ball in a very repetitive, predictable way, it has potentially negative consequences. If you look at the effects of repetitive exercise activity like that, you get a change in the reward systems in the brain; the reward pathways become hijacked in a way. It’s a little bit like addiction to video games, or to your smartphone, or other types of what we call behavioural dependencies. It doesn’t happen to all dogs, but some dogs are predisposed to these behavioural dependencies. The dog will keep wanting and seeking that behaviour even though it’s detrimental to their physical or their mental health.”

So, how do you know if your dog has a problem?

Roz Pooley explained: “You can monitor your dog’s arousal levels when you play these games. If your dog is slower to respond to you, or is less able to maintain cued positions, it is likely to be due to increasing arousal.”

However, don’t abruptly cease your usual activities, but rather ease your dog into healthier ones. 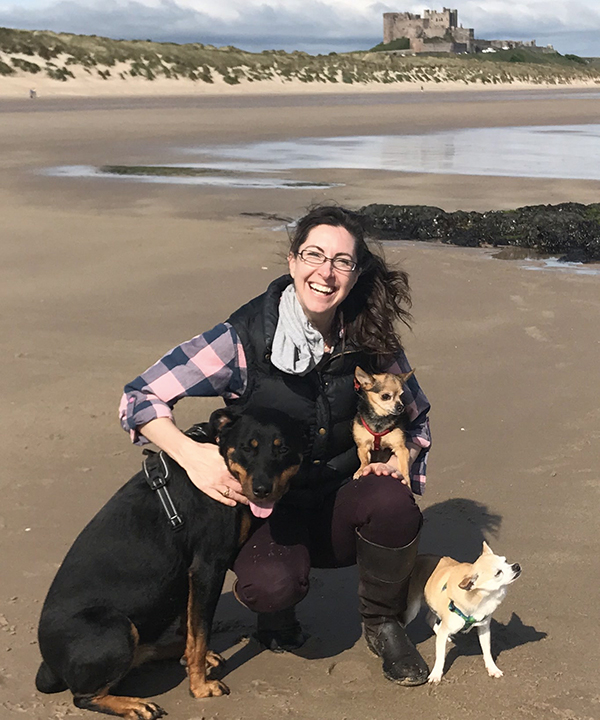 Kathy Murphy adopted a Belgian Malinois with a behavioural dependency. “She couldn’t think about anything else other than her ball when she was on a walk,” explained Kathy. “I still used it, but I would roll it along the ground so it wasn’t flying through the air, which avoided the possibility that she was going to land awkwardly and twist and turn, but was enough of a movement to get her excited. Then when she brought the ball back, I’d sometimes not take the ball back, but do other things. I’d sprinkle food in the grass, or ask her to do a bit of heelwork — just break it up.”

It is important to address the issue — albeit gradually — because behavioural dependencies pose many risks to your dog.

“In behavioural and physiological terms, meeting the physical needs of both body and brain, we talk about the concept of homeostasis, which is how a living organism wants to stay in a balance,” said Amber Batson, vet, behaviourist, and founder of Understand Animals. According to her, one of the problems is that we risk our dogs getting out of balance through repeated or extended fast exercise. 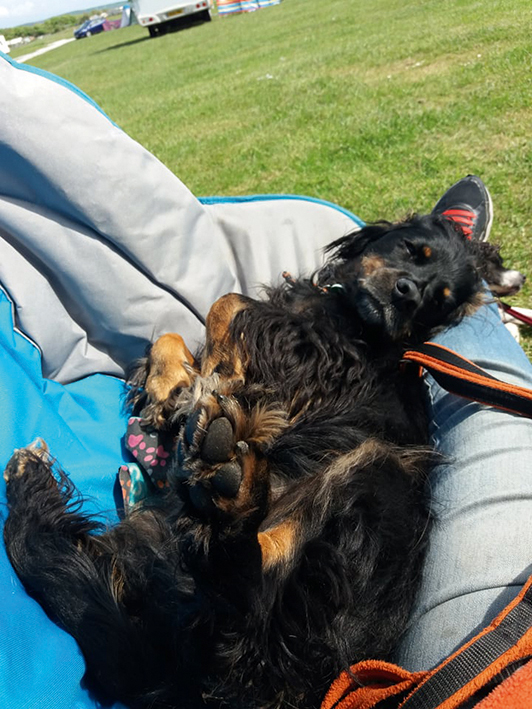 The real Elvis is a calm, loving, sensitive dog. 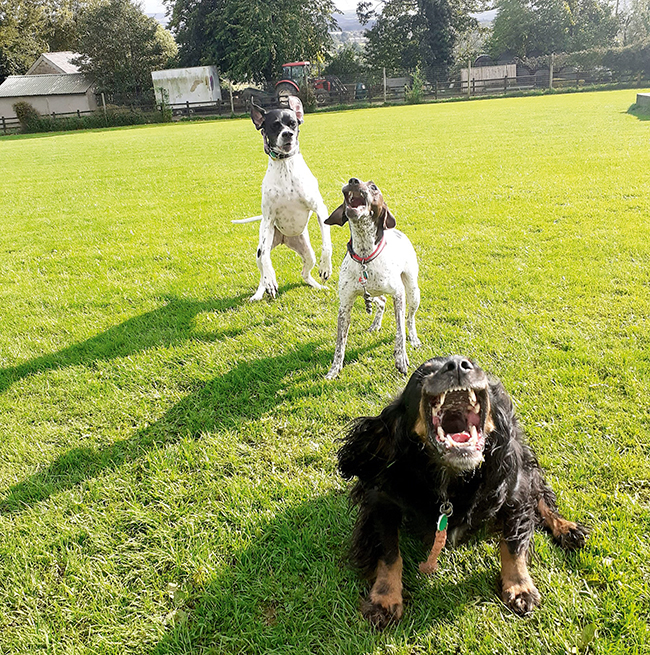 But this photo demonstrates how too much intense activity could push him over the threshold.

Wendy Johnson, from Burnley, Lancashire, knew that Cocker Spaniel Elvis would be an active dog. “Seven years on I’m still learning how to manage it!” she said.

In training classes, Elvis found it impossible to concentrate and participate. Competing wound him up further, so now they stick to activities he can tolerate and enjoy.

“I used to do disc dog with him but it’s so fast and furious, he’d be charging around and barking — but if you looked at his face, you could see he wasn’t having a good time. He just couldn’t deal with all the adrenaline and emotion. He was quite fearful because I think sometimes dogs don’t know the difference between being excited and being frightened.”

Wendy found that scent work allowed Elvis to be active but stay calm. They also participate in hoopers, but she has to remind Elvis to take it slowly to retain his self-control.

“When Elvis goes over the threshold, the noise he makes is so high-pitched it could break glass. I still play chuck it with him because he loves it, but we might only get to throw a ball twice in half an hour. It’s about him being in the right state of mind.”

● If your dog stops listening to you during exercise he may have a problem.

● Ensure activities are age and health-appropriate.

● Roll a ball rather than throwing it.

● Variety is the key to keeping your dog thinking and calmer.

● Hide tennis balls or other items for your dog to find rather than chase.

● Don’t go to the same location, at the same time of day, for the same length of time.