Dogs’ personalities vary, but are they born, made, or something in-between? Carol Price advises.

Dogs, like us, can differ quite widely in mental outlook or personality. However, often these differences are not only too loosely defined — a dog is either nervous or confident, friendly or less friendly, aggressive or submissive — but little thought is given to the critical components, both genetic and environmental, that ultimately shape the future nature of a dog.

So, what really makes your own dog’s personality what it is? In my long experience of dealing with different dogs, it begins with a purely genetic element, and a dog being predisposed at birth to think or behave in a certain way, and in this feature I have listed what I see as the six main genetic dog personalities.

Genetic predisposition, however, is never the whole story when it comes to how any dog’s personality ultimately emerges. So, I have also highlighted different life factors or experiences that can also significantly shape your dog’s nature or behaviour for better or worse (see ‘The changing dog’ on page 12) because this is the bit we can influence ourselves.

Dogs with more nervous genetic personalities are usually fairly easy to spot in that they never seem at ease beyond anything other than the most familiar home environment. They are the dogs you will typically see cowering or shaking when out, or trying to hide behind, or constantly climb up, their owners’ legs for a greater sense of security or protection. They have no sense of social curiosity when meeting other people or dogs on a walk, and just seem to want to get away from them as soon as possible.

Dogs like these may also have sensory issues, making them noticeably more jittery or jumpy at every new sight or sound. Many may also be quite vocal and reactive, barking or yapping excitedly at anything that unnerves them in the hope of displacing some of this inner anxiety, or making what they don’t like go away.

External factors that worsen the behaviour of these dogs include: coming from a more deprived or isolated early rearing environment, like a puppy farm, and/or the dog’s wider socialisation not having been started early enough by both breeder and owner (from when the dog is four weeks old onwards). Also, owners often allow their dogs to keep avoiding facing what they fear, or reward them for more nervous behaviour — like leg climbing/shaking — with attention or, in the case of smaller dogs, pick them up rather than allowing them to learn how to deal with different social encounters by themselves. If you do not know how to socialise your nervous dog better, seek professional help for this as soon as possible as it will really pay dividends later in life. 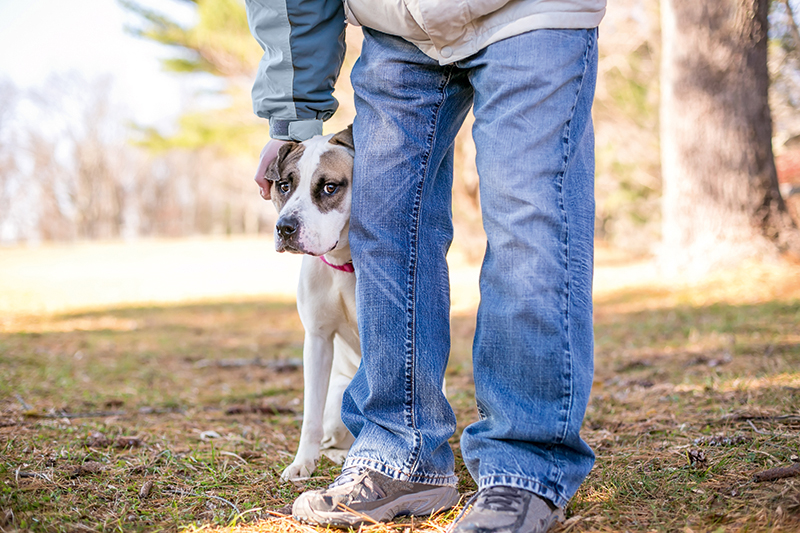 Nervous dogs are easy to spot, often behind their owners’ legs!

Dogs like these are noticeably more attached to their owners, if not quite clingy, and never want to venture too far from them. At more extreme levels, they will even need to follow them from room to room at home, wherever they go.

While not being overtly nervous, like timid dogs, they can be more socially reserved, and less interested in interacting more lengthily with other people or dogs. On the whole insecure/dependent dogs can make pretty easy companions because of their higher level of biddability. This can also make them very easy to train as they live to please their owners.

However, this kind of personality also makes them more prone to separation issues, and more intense levels of distress when parted from an owner.

External factors that can worsen this type of behaviour include: the dog never being taught, from early puppyhood, how to cope better when separated from their owner, by being given regular daily periods on their own, initially while the owner is still at home.

Dogs like these also benefit greatly from confidence-boosting exercises, like finding treats or toys, or other tasks that allow them to work out challenges or problems for themselves, instead of always expecting their owner to solve them instead, which just further increases their sense of dependency. 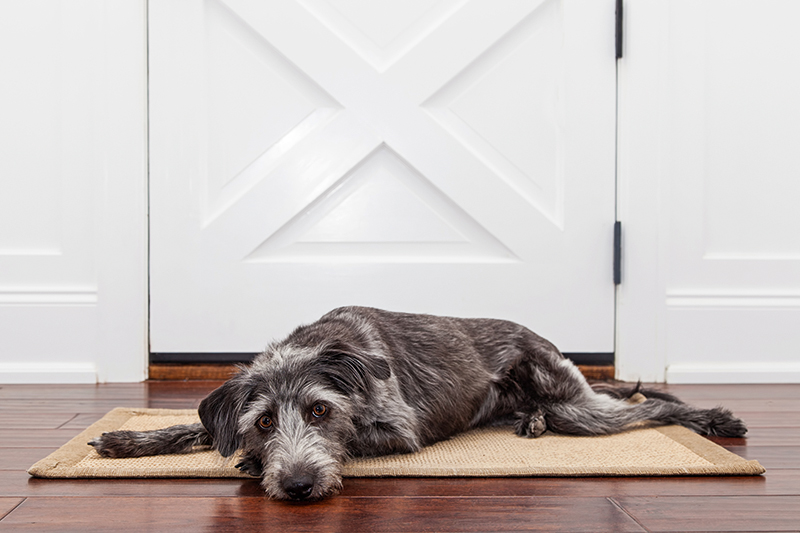 The insecure dog can become very distressed when parted from his owner.

In these dogs, some inherent sense of insecurity gets displayed in a more obsessive desire or need for control in all aspects of their lives.

Dogs like these are more likely to guard things like toys, food bowls, beds, or even their owners, if they sense others may be getting too close to them.

They will also cope less well with any change in their normal daily rituals or routines, and always seek to take charge of any social encounter they have, with more psychologically pressurising/manipulative behaviour (like barking, whining, pawing) or even aggression. Generally, they will be more distrustful of newer people or dogs.

External factors that can worsen this behaviour include: the owner simply not recognising, early enough, the dangers that can be inherent in dogs with this type of personality, and not setting greater boundaries on what they can do or have access to and when.

The key is whether the dog chooses to exert his compulsive need for control via any more aggressive behaviour — at which point seek urgent professional help the moment this begins; do not wait until it becomes an even bigger problem. 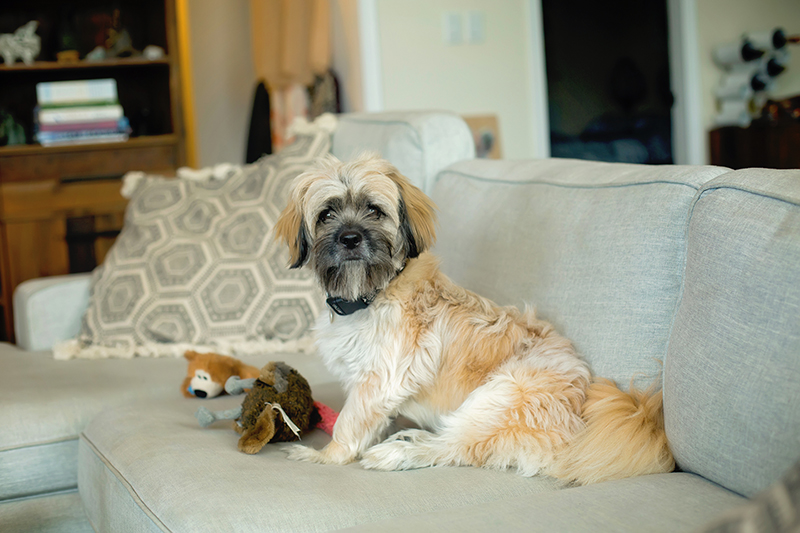 Guarding resources such as toys may indicate a more controlling individual.

Typically, these dogs will come from working breeds like Border Collies or spaniels, who have been deliberately bred to have high levels of physical and mental energy, and are in constant need of a target to unleash them upon; also terriers, in whom more speedily reactive patterns of aggression were formerly desired for some working functions. However, in the average pet home, the same characteristics can often be quite challenging.

At the heart of this problem lies the issue of impulse control: how rapidly the dog will enter a state of mental arousal, how well or not the dog can delay or stop this mental arousal from turning into a physical reaction, and what that reaction will be (chasing something, attacking something, or indulging in some more manic or obsessional pattern of behaviour).
External factors that can worsen this behaviour include: again, not recognising early enough these mental characteristics and impulses in these dogs, so that instead of being kept in better check, with the right training (especially teaching better impulse control) they are allowed to run more rampant and the behaviour becomes ever more ingrained via constant repetition. As ever, do seek expert help with this kind of training if you need it. 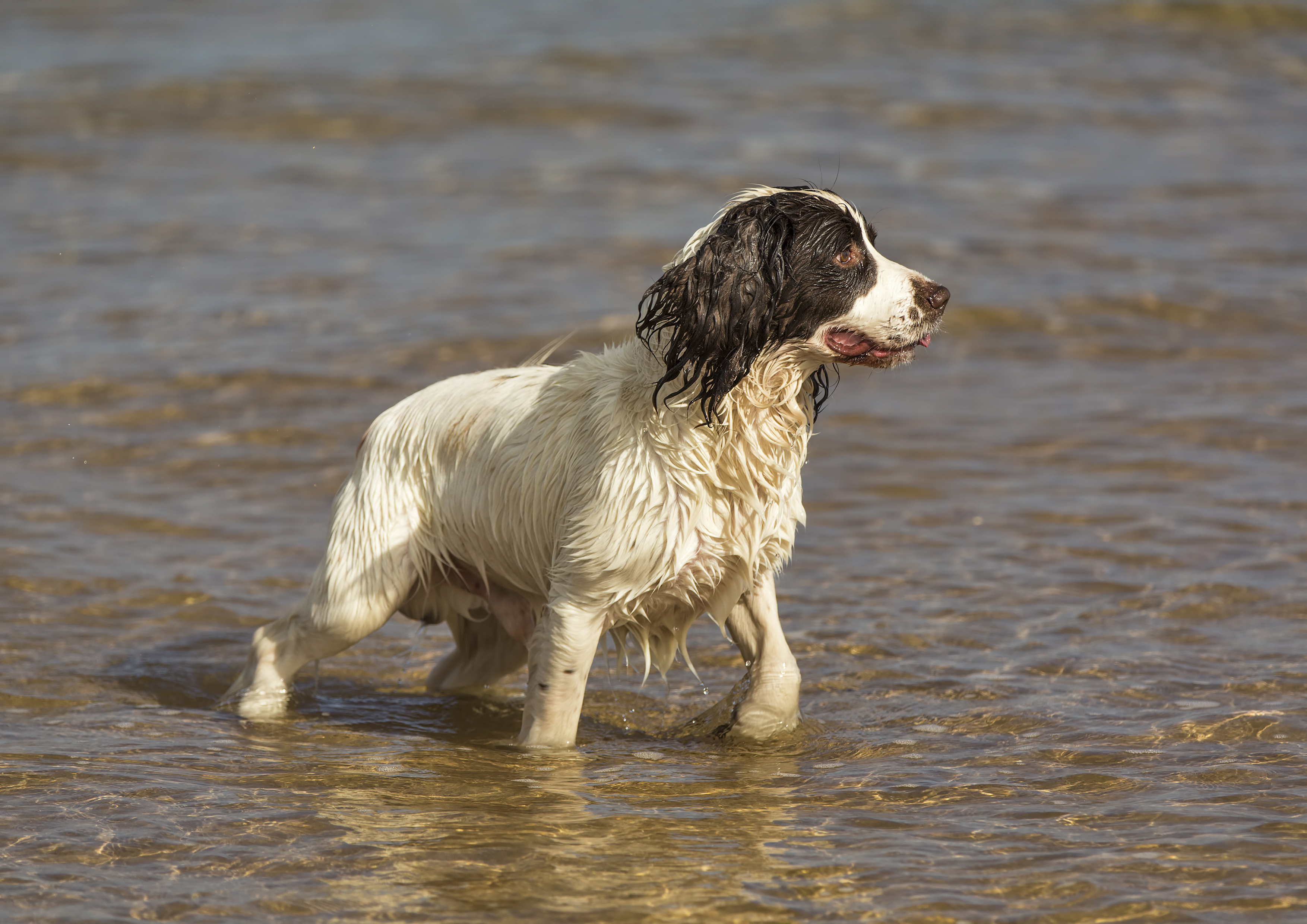 Independent dogs are more noticeably aloof, and also less driven by a desire to please or cooperate with others, including their owners. This in turn can make them harder to train, and certainly less playful or socially outgoing in their encounters with other dogs.

In many ways they represent the more grown up, rather than eternally puppyish, nature of dogs — the latter being something we have only deliberately bred into dogs relatively recently, to make them far easier for us to train or control as pets. Dogs like these may be far less interested in toys or play above a certain age, be more distrustful of strangers, and make only a few really meaningful social bonds with others in their lives — typically dogs or people they have known since earliest puppyhood.

External factors that can worsen the behaviour of these dogs include: owners not appreciating how much earlier, and harder, they have to work with these dogs in order to bond with them and gain greater control over their behaviour,  constantly rewarding them for any act of focus on or cooperation with their owners, from puppyhood. Any more independent ways of thinking or acting they are allowed to develop as puppies will only get stronger as they get older. Often these dogs spend much of their lives on a lead, as they simply can’t be trusted to come back once off it. 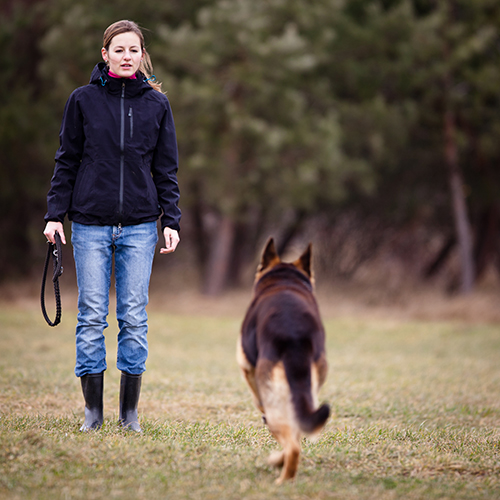 It will take a lot of hard work to ensure you have greater control over an independent dog’s behaviour.

Naturally outgoing, adaptable, and biddable, these really have to be the easiest dogs to own in terms of the fewer problems owners have with their behaviour. Unlike some other dog personalities, they also have a tendency to trust that anyone or anything new they come across will be OK.

Commonly they will be called ‘friendlier’ dogs, when in reality they may just be more conflict averse. They are less obsessed with control, and more driven to avoid any brewing situation of confrontation with tactics of appeasement or retreat to keep the peace. Owners all over the world may take entire credit for the behaviour of dogs like these, when in truth much of it is really down to an inherently easier genetic nature. 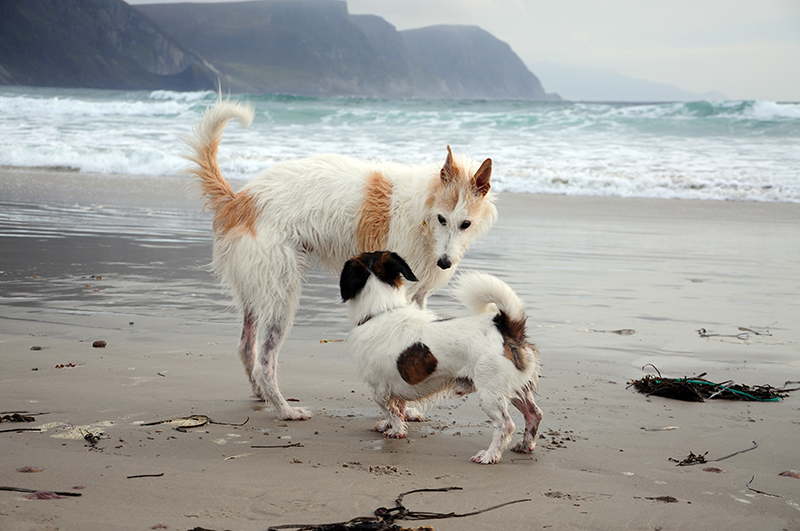 Easy going dogs are generally ‘friendly’ and trust that all will be OK.

Often owners will say: “My dog was fine as a puppy, and then only developed this or that problem later,” when in fact adolescence is the classic time when any underlying fault lines in a dog’s inherent nature will crack open and bring more problematic behaviours or attitudes to the fore, especially things like greater fear, anxiety, neurosis, or aggression. It is incredibly important to be aware of the mental and behavioural changes that can occur in any dog around this time. Some of these may just be transitory, but others may need more expert help and guidance to resolve or nip in the bud, if you do not feel able, or confident enough, to do this yourself.

This feature has highlighted what I see as the key genetic personality profiles in dogs, but all dogs remain very much individuals, and different personality characteristics or behaviours in them can also overlap. Some high-drive dogs, for instance, may also be highly owner dependent, and some insecure/controlling dogs will use strategies of submission, rather than aggression, to get their own way.

Also, be aware that the personality of a dog is never set in stone in infancy, and can keep evolving and changing for the better over time, the more work and effort you put into shaping how you want your dog to think and act — with the benefit of expert professional advice if necessary.