How your dog's shape and size effects what it can do Dr Jacqueline Boyd explains why and how your dog’s shape and size can affect what he can do.

The domestic dog is a truly fascinating creature. Dogs are often described as one of the most physically diverse species on the planet — small to tall, slim to stocky, long-coated, short-coated, and a whole variety of other differences in between. What do these differences mean for our dogs, and what impact can their shape and size have on what we expect them to do?

Understanding the origin of dogs and how breeds and types developed can be a great way to think about managing our dogs’ lifestyles and activities to best maintain their health and well-being. Fit for function is about much more than whether our dogs are physically fit for activities — it is also about what they are physically built for!

Science is quite clear that all domestic dogs originated from a common wolf-like ancestor. Research indicates that the fundamental genetics of dogs and wolves are largely similar, with evidence suggesting about 99.9 per cent genetic similarity. This evolutionary relationship raises some interesting questions about our dogs: are they really ‘wolves in our sitting rooms’ — even our smallest, fluffiest, and least wolf-like dogs?

Well, science says not really. Wolves are pretty consistent in their physical appearance, shape, and size — dogs are much more diverse! There are some social and behavioural differences between dogs and wolves, and even some digestive ones — some dog breeds have an increased capacity to digest starch for example. These differences are a result of genetic changes that arose from domestication, selection, and evolution. In the same way that we humans are genetically very similar to bonobos (about 98.7 per cent similar in fact), it is often the subtle genetic differences that are really important.

For our dogs, the diversity of shapes, sizes, colours, coat types, ear length, and so on, are all clear visual indicators of how even tiny genetic changes can have significant effects on appearance and overall biology. What do these changes mean for our dogs though, how we manage and care for them, and can they affect their health and well-being?

The domestic dog (Canis lupus familiaris) has been clearly identified in fossil and archaeological records as being a common presence in human society for at least 40,000 years, and probably much longer. While this is a tiny period in larger evolutionary history, during the time that we have shared our lives, food, and even homes with dogs, we have had a significant effect upon them.

The domestication of dogs from their wild ancestors was likely a process that involved them ‘choosing’ to be with us (probably as a result of food provision and other benefits) and us ‘encouraging’ them to stay with us for hunting, security, companionship, warmth, and in some cases, as a food source. This meant that early dogs gradually became more tame and relaxed in human company.

Humans would also have selectively bred those dogs who, for whatever reasons, were preferred; some dogs would have been better at hunting, guarding, or as companions than others. These would have been encouraged to breed with other dogs having the same characteristics. Selective breeding like this is incredibly powerful in producing future generations with desired attributes. Indeed, when selective breeding is done regularly, many generations are produced in a short space of time, and significant changes can be observed, both physical and behavioural.

Humans are also very drawn to physical appearances. Dogs with certain differences that were unusual, attractive, or maybe even thought to be linked to a particular behaviour or ability, would again have been selected and bred from, in the hope of producing more of the same! We see this clearly with the modern dog, where some breeds and types have been so heavily selectively bred for physical appearance that they look VERY different to their original wolf-like ancestors. Indeed, archaeology suggests that dog domestication has been associated with significant changes in the skull shape, notably shortening of the muzzle.

For many dog breeds, physical and behavioural characteristics became consistent as a result of specific breeding for functional needs. For other breeds, human desires and wants had an impact. Think about what attracted you to your dog? Was it how he looked, how he behaved, or something else? The truth is, for many people, physical appearance is important. This is no different when it comes to how we choose our dogs. In my case, I love the size and shape of spaniels; combine that with floppy ears and an outgoing, optimistic personality, and well... here I am several spaniels later!

The problem is that sometimes we get so concerned about HOW our dogs look, we forget about what it means for them, their health and well-being. It also means that we sometimes choose dogs originally bred for specific roles because we like them and then find out that their behaviours and other instinctive desires are incompatible with our lifestyles — for instance the collie who starts to ‘herd’ children, and the spaniel who chases birds in the garden. Understanding what our dogs were originally bred for can be really useful in helping us to have harmonious relationships! 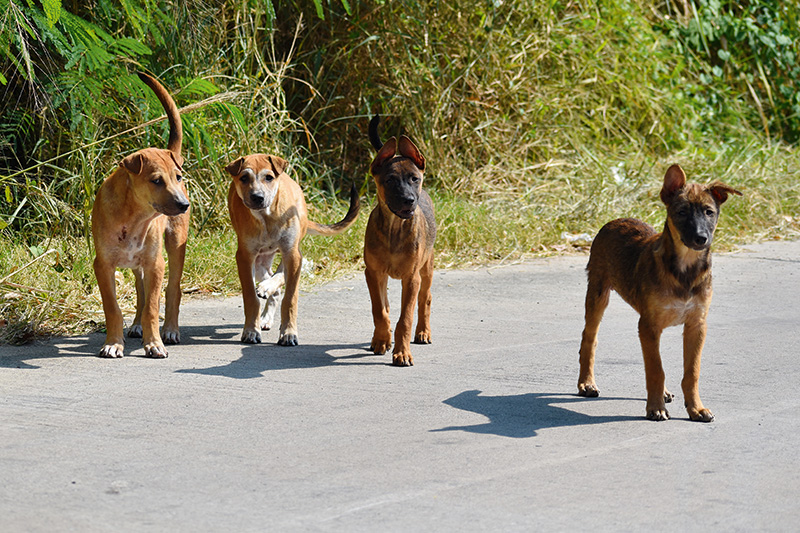 Feral and free-living dogs tend to be far more consistent in their looks.

Wild and free-living (including feral) dogs typically have a very consistent physical appearance. They are medium-sized, with long legs, an elongated muzzle, a slender, athletic body, pricked, upright ears, and a mobile tail that is used for communication. This physical appearance is characteristic of many wolf, fox,  and other canine species, including the dingo and other relatives of our domestic dogs.

Take a look at our domestic dogs however, and they are very different. Physical size and body weight varies enormously, from the Chihuahua to the Great Dane. Ears vary from small, to pointy or floppy. Tails can be long, curly, straight, corkscrew, or even absent. Facially, our dogs show a huge diversity, from long, pointed muzzles as seen in breeds such as the Borzoi, to extremely short muzzles as seen in many Bulldogs, Pugs, and French Bulldogs. There are also differences in coat length, colour, and type. We also groom and clip our dogs in particular styles — sometimes for convenience and function, occasionally simply because we like it. We have even surgically altered how dogs look, although this is increasingly viewed as unethical, unacceptable, and even illegal in many countries. 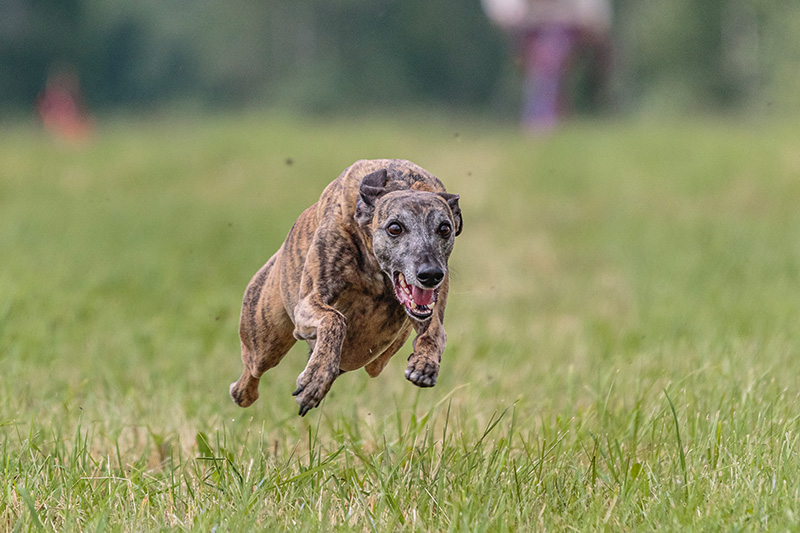 Sight hounds such as the Greyhound were bred for their athleticism and incredible speed. 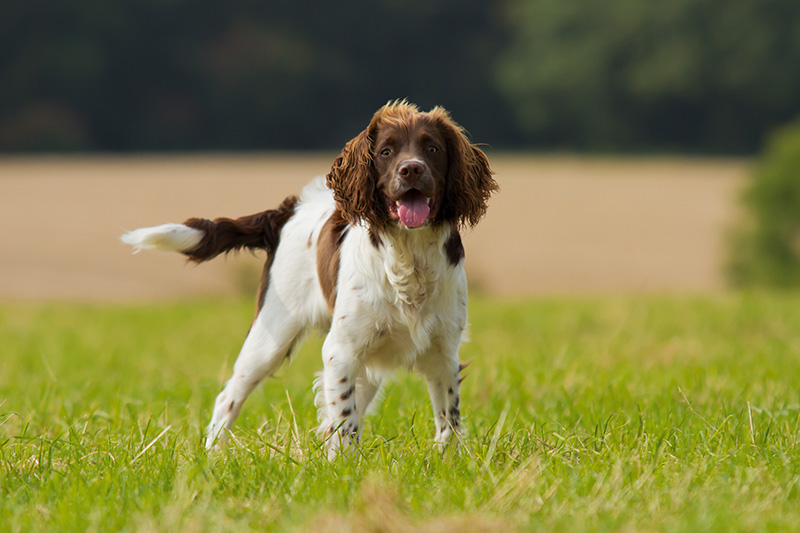 The original function of the Springer Spaniel was as a hunting dog, used to flush out game from dense brush.

The origin of dog breeds and types was generally for specific functions. Dogs who needed to run fast to hunt and chase were bred to have long legs and explosive athletic capabilities, like the Greyhound. Dogs like the Border Collie were bred for trainability, endurance, and hardiness. Breeds intended as companions were smaller, friendlier, and less in need of the same amount of mental and physical stimulation as other breeds. This does not mean however that smaller breeds don’t benefit from exercise in the same way as any other breed or type — it should never be fit OR function, always fit AND function!

Sometimes, breeding for appearance has had quite extreme consequences. There are many examples of exaggerated features in domestic species, not just dogs. All arise from specific genetic changes selected for when breeding. Many of these changes are useful for functionality — the speed of the Greyhound comes from his athletic physique and specific muscle fibres, which help to support explosive bursts of speed. Some changes are less suited to function. They may have had benefits for the roles the dogs were bred for originally, but are less important now.

In some cases, the changes are even more extreme now than they ever were historically.

What this means is that we do need to consider the health and well-being of our dogs and how their physical form might have an impact.

Long backs and short legs might mean we limit jumping on and off furniture and running up and down stairs.

Dogs with short muzzles might need careful management in the heat and when exercising.

Large and giant breeds grow slowly and have a skeleton that needs careful and correct nutrition to ensure proper growth and development. Even simple extremes like the floppy ears seen in many breeds can be associated with ear infections and injury.

Acknowledging the origins of our dog breeds and types can be useful to ensure they fit with our lifestyle, and that we can manage their well-being effectively.  This doesn’t mean that you cannot have different breeds and types doing different activities, but you might want to be a little careful — for example, if you are aiming to be a sled-dog musher, a Maltese might not be the best choice!

The dog is an amazingly diverse creature. It is often said that there is a breed/type for everyone and the diversity in shape, size, appearance, temperament, and other characteristics that we see in our dogs is clear evidence of this. Good breeders of all breeds and types of dog invest time, effort, and money to produce healthy and happy dogs that will make fabulous companions. By choosing our dogs well and  thinking carefully about their origins, what they were originally bred for and what their physical make-up permits them to do safely, we can ensure we give them the best and healthiest life possible.

Facially, modern dogs show huge variance, from the long-nosed sight hounds such as the Borzoi, to the medium-length Labrador, and the brachycephalic breeds such as the French Bulldog. 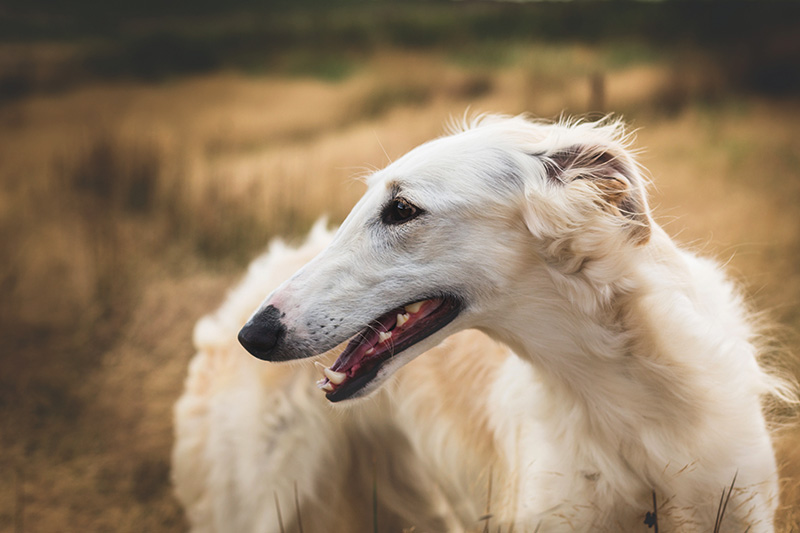 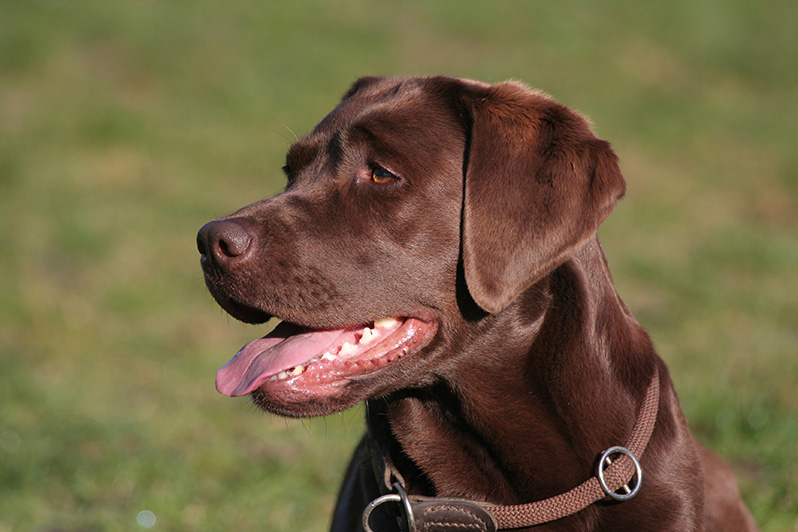 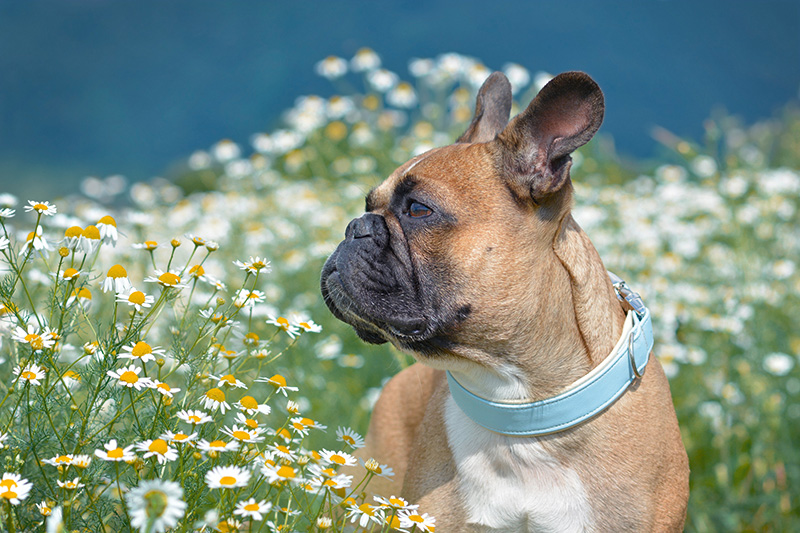 Dogs with very elongated muzzles such as the Borzoi and Afghan Hound are dolichocephalic, meaning
‘long head’.

Dogs with moderate muzzle lengths like Labradors and spaniels have a mesocephalic or mesaticephalic skull, meaning ‘medium head.’

Dogs with shortened muzzles such as the Bulldog and Pug are termed brachycephalic, which literally translates as ‘short head’.