Not only did both experiences make the horrified horticulturalist vow never to allow her beloved Beagle, Cocoa, near harmful vegetation again, but it sparked a unique business idea.

Claire, from Nottingham, blamed herself when Cocoa — then just over a year  old — dug up and ate toxic tulip bulbs from a planter on her balcony. 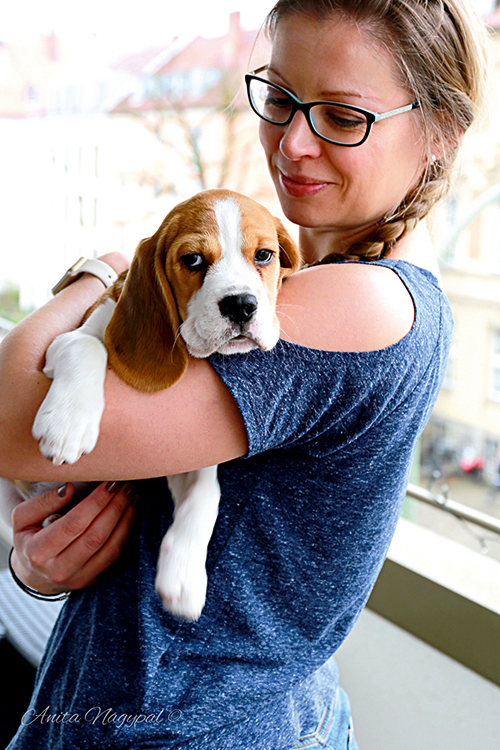 “Cocoa was past the puppy chewing stage and had previously shown no interest in the planter, which had been there for several weeks,” recalled Claire, a former writer, editor, and content expert for Oxford University Press and Penguin Random House.

“She’d eaten about half of the bulbs — the most poisonous part — by the time I caught her in the act.”

Panicking, a worried Claire, 39, rushed Cocoa to the vet’s, where medication was prescribed to induce vomiting, and there were luckily no long-term ill effects.

Despite Claire being overly cautious and extra-vigilant, the Beagle succumbed to temptation again about 12 months later.

“A plant called lantana — a new discovery for me at the time — had also been on my balcony for several weeks,” continued Claire, an ardent animal-lover whose first family dog, a Labrador called Oscar, was “a dream come true” for her as a teenager.

But the pretty and aromatic mix of yellow, orange, red, blue, and white flowers, proved irresistible to the hapless hound.

“I wasn’t very familiar with the plant and couldn’t understand why it had started to deteriorate and lose leaves and flowers,” remembered Claire, who finally caught Cocoa nibbling away at the petals.

“She hadn’t been herself for a fortnight and was having diarrhoea so it made me wonder if eating lantana had been the cause of her being off-colour.”

After removing the plant, Claire googled it and was horrified to discover that lantana is extremely toxic and can damage a dog’s gallbladder, bile ducts, and liver.

Again, Cocoa was rushed to the vet’s, where prompt intervention managed to avert a tragedy.

“I was pretty horrified and didn’t sleep for several nights,” added Claire. “The guilt was awful — I couldn’t believe I’d so carelessly put Cocoa at risk and promised never to allow her access to any toxic plants ever again.

“Luckily, she was fine and suffered no lasting damage, but it really heightened my awareness of just how dangerous some plants can be.”

So much so that Claire was motivated to introduce a range of pet-friendly plants to her successful subscription website, Lazy Flora.

And in a further bid to educate owners and warn them about the doggy dangers lurking in their gardens, Lazy Flora’s experts have compiled a list of plants that are either partially poisonous — such as rhubarb leaves — or totally toxic, like Lily of the Valley.

“To keep curious paws away from danger, it is best to remove these plants out of easily accessible areas of the garden,” advised Claire, who has seen Lazy Flora literally blossom since its launch four-and-a-half years ago.

Claire was inspired to set up the business despite living in a city with no outside space.

“I had always craved the countryside — forests, fields, and beaches — and felt a disconnect, having lived in urban areas all my life,” continued Claire, whose whole family are passionate gardeners.

“But after moving to a London apartment, I dreamed of growing an array of pretty plants on the beautiful balcony.”

However, when it came down to it, Claire didn’t have a clue what plants to buy. And because she didn’t have a car, negotiating public transport while carrying bulky bedding plants and compost was far from easy.

Realising that she couldn’t be the only person who wanted to get beautiful plants onto an inner-city balcony without it involving heavy lifting, a car, or a lot of horticultural knowledge, Claire spotted and exploited a gap in the market.

Combining her love of gardening and the subscriptions concept with the skills she gained working in business analysis and e-commerce strategy in publishing, Claire quit her job and enrolled on a start-up course.

But although she had a clear business plan — making gardening hassle-free for urban gardeners — at first, she felt the idea of Lazy Flora was too big and ambitious.

“I was half wildly ambitious and half terrified,” admitted Claire, who finally launched the company in early 2017 and now employs eight members of staff and 25 contractors.

Four-and-a-half-year-old Cocoa has been by her owner’s side since the start, while her brush with toxic plants has ended up helping to shape the direction of the business.

“I did a lot of research about the breed before getting a puppy and Cocoa is sweet, adorable, and playful,” added Claire, who credits the Beagle with encouraging her to highlight the toxic plants owners should avoid, as well as promoting the ones that are dog friendly.

1. Larkspur
Belonging to the buttercup family, this low-maintenance plant boasts beautiful blossoms in blue, purple, pink, and white and is a favourite among newbie gardeners. All parts are toxic, with the leaves and seeds containing the highest levels of alkaloids, which can cause vomiting, nausea, painful burns in the mouth, and a slow heartbeat. 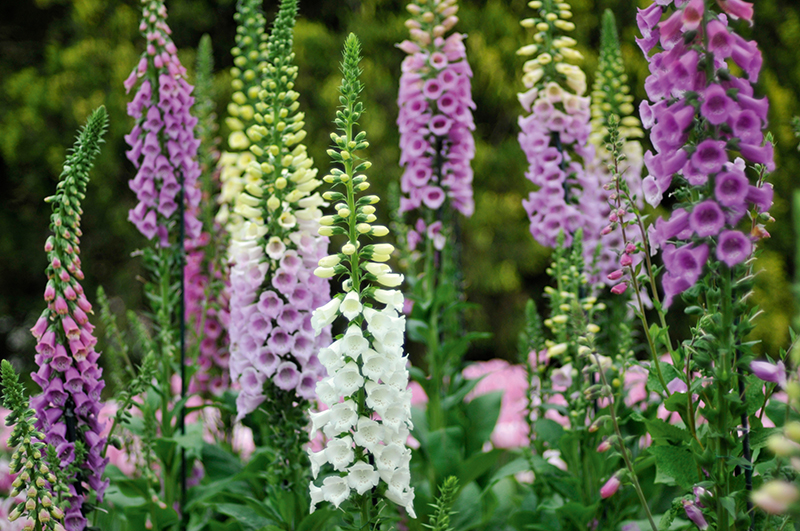 3. Rhubarb
Although popular as a pie and dessert ingredient, this vegetable’s leaves are high in toxins, including oxalic acid, which if eaten in high doses can lead to kidney failure and, in some cases, death.

4. Lily of the Valley
Both its gorgeous green foliage and dainty white fragrant flowers are highly toxic. Vomiting, diarrhoea, severe cardiac arrhythmia and possible seizures can result if eaten. 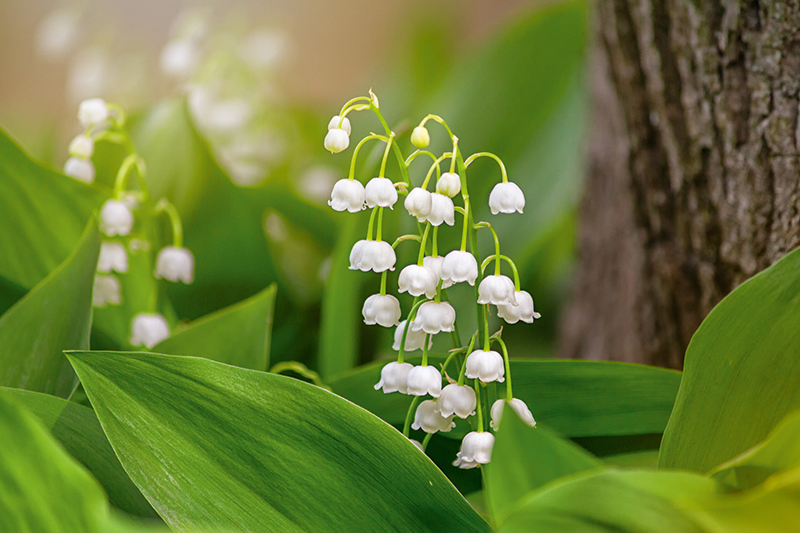 Lily of the Valley

5. Oleander
Popular for its pretty pink flowers, this shrub or small tree causes increased heart rate and diarrhoea if any part of it is eaten and can be deadly. 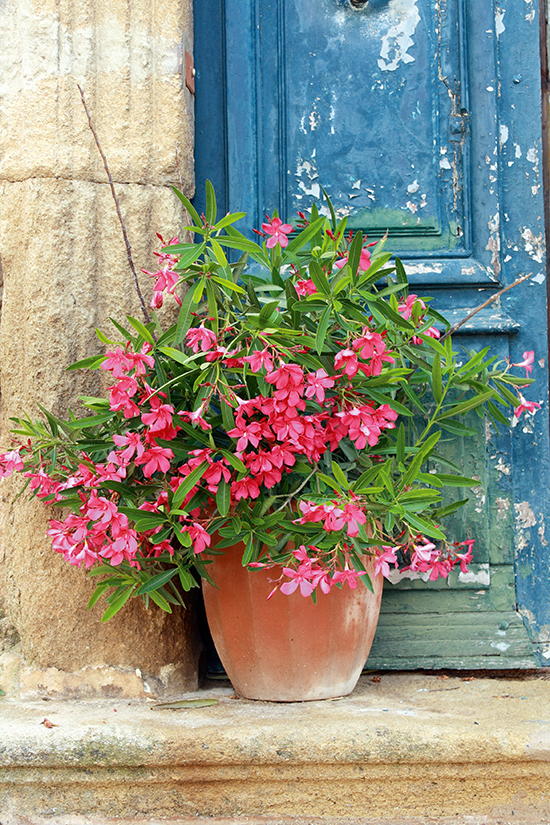 6. Tulip and hyacinth bulbs
The toxins in tulips and hyacinths are concentrated in the bulbs and can cause irritation to a dog’s mouth and throat. The most common symptoms include drooling, being sick, and difficulty breathing.

7. Lantana
All parts are particularly toxic to dogs. In large volumes, it can cause loss of appetite, bloody diarrhoea, vomiting, increased sensitivity to light, and liver failure. 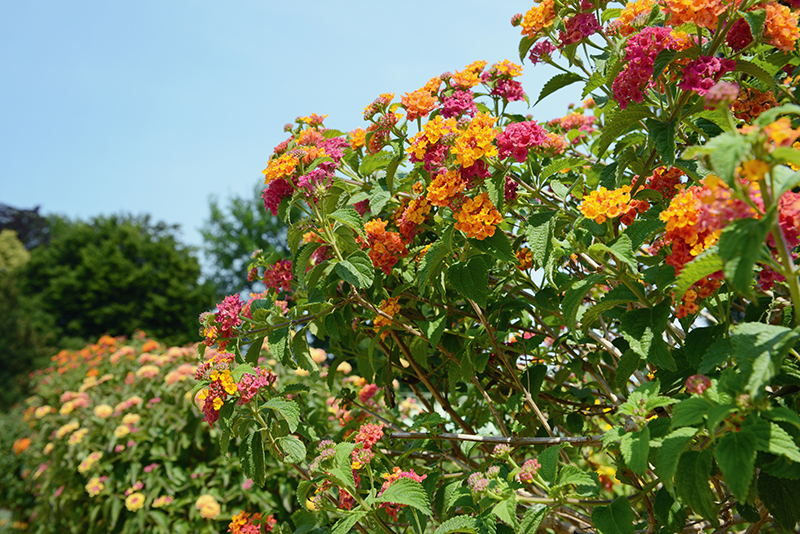 8. Wisteria
This picture-postcard climbing plant with its beautiful cascades of mauve or white flowers is lethal, particularly its pods and seeds. As few as three seeds can cause gastrointestinal symptoms and more than five can prove fatal. Watch out for diarrhoea, dizziness, repeated vomiting, dehydration, and collapse. 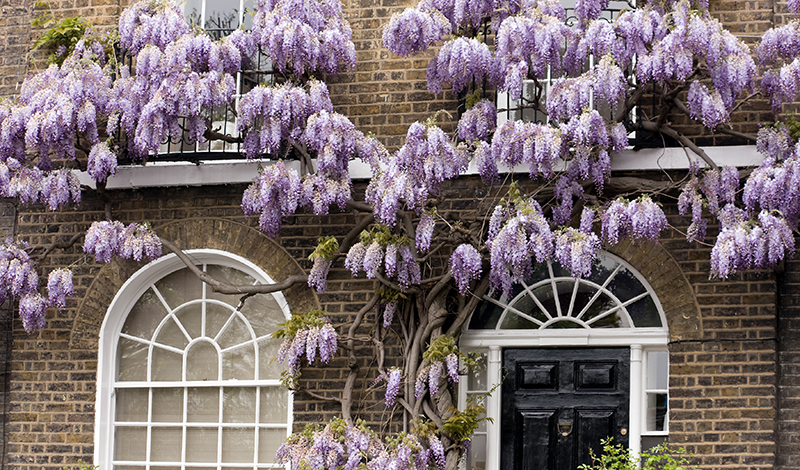 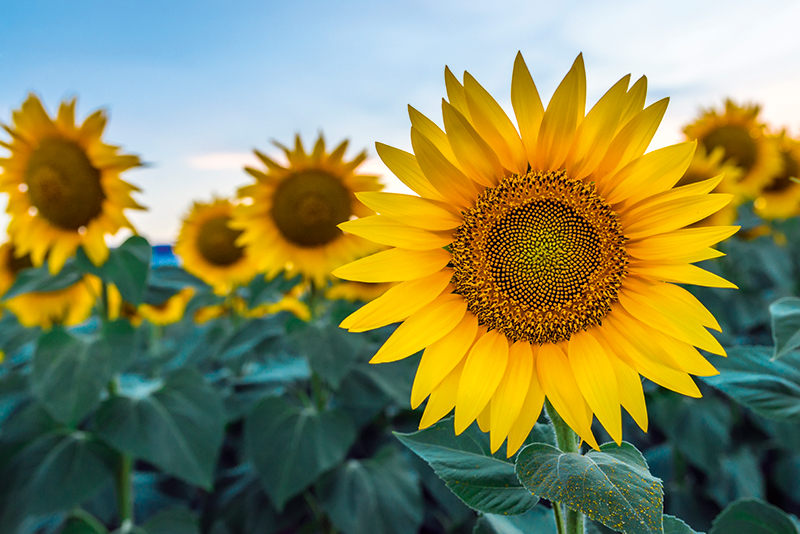 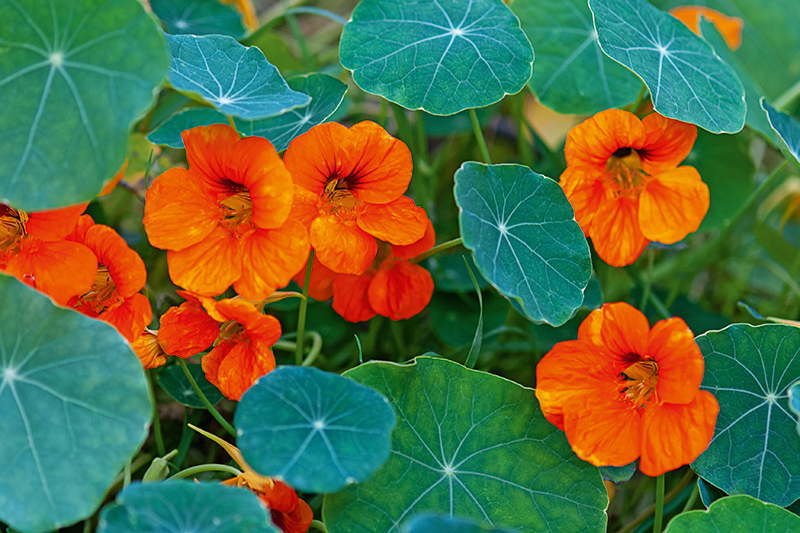 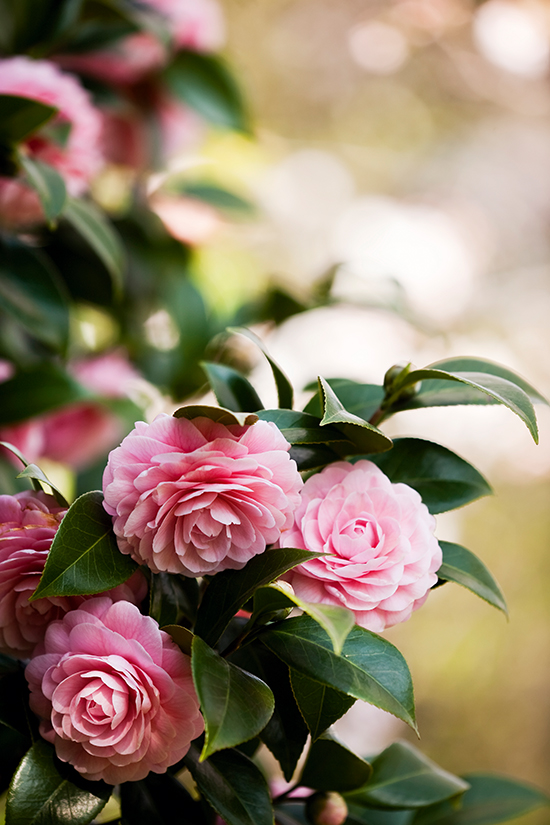