Confused by the terminology when it comes to feeding your dog? Dr Jacqueline Boyd explains all in her glossary of nutritional terms.

● ANALLERGENIC diets are processed in a highly managed and specific way, often in a dedicated factory to minimise contamination. They include ingredients to support the management of allergies and intolerances. They can be useful in managing severe allergies or sensitivities or in food elimination trials. Many veterinary prescribed diets for sensitivities are termed anallergenic.

● ANTIOXIDANTS are substances that support the body in managing the effects of free radicals, which are produced during inflammation, stress, toxin exposure, and as part of day-to-day life! Antioxidants are also added to dog foods to minimise the deterioration of the food from the effects of free radicals. Common dietary antioxidants include vitamin C and vitamin E, which is often called tocopherol.

● ASH (OR CRUDE ASH) is a fraction identified in the ‘analytical constituents’ part of a pet food label. It indicates the portion of the food that is left as ash after the required chemical analyses of the food are undertaken. Ash is the mineral fraction of the food, which includes key nutrients such as calcium, phosphorous, zinc, and others. Food that is high in bone or other animal-derived products will often have a higher ash percentage than food lower in these ingredients. Crude ash might also be identified as ‘incinerated residue’ or ‘inorganic matter’.

● CARNITINE is an amino acid that can be synthesised by dogs, although a dietary supply can be useful for some breeds such as Boxers, Dobermanns, and Cocker Spaniels who may have deficient production. Meat is a good source of carnitine and the body uses carnitine to support heart health and fat metabolism. Weight management foods are often supplemented with carnitine for this reason.

● CHONDROITIN is a substance often added directly to diets, or fed as a supplement, to support joint health. It is naturally found in the cartilage of many animals. A dietary supply may be useful for supporting the health of joints.

● COLD-PRESSED have been processed in such a way that the ingredients are literally pressed together at temperatures typically between 40 and 500C to form nuggets or pellets. Cold pressing is often viewed as a less intense form of food processing than others, and can help to maintain a better nutrient profile because the cooler processing temperatures mean nutrients are less likely to be damaged. Cold-pressed foods may also have higher digestibility and are less likely to swell in the digestive system than other dry foods. However, the shelf life of cold-pressed foods is shorter than many other dry diets as the lower processing temperatures means there can be more microbial activity.

● COMPLETE is a definition which identifies that the diet, when fed according to the recommended feeding guidelines, will provide complete nutrition based on its composition and formulation.

● COMPLEMENTARY is a definition which identifies that the food is not suitable to be fed on its own and must be fed in combination with another food to provide a nutritionally complete and balanced diet. Many biscuit mixers are called complementary as they are intended to be fed alongside moist or other forms of dog food. 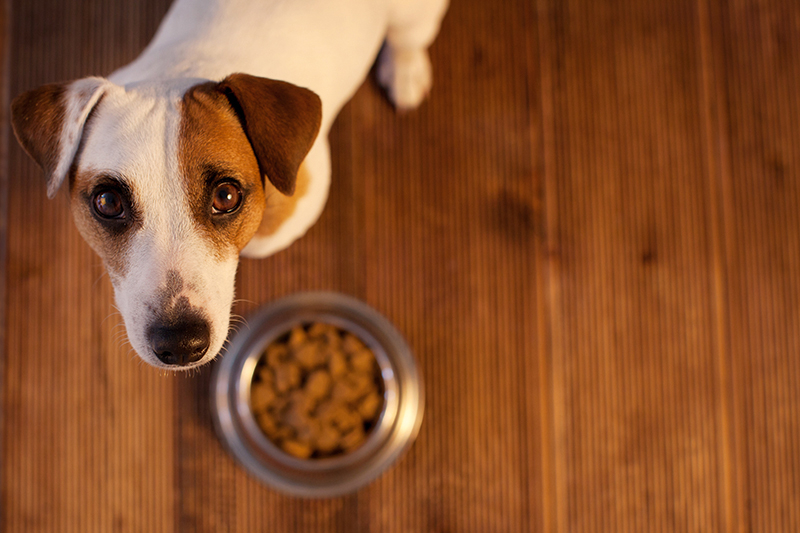 Make sense of what’s in your dog’s food bowl.

● EXTRUDED foods are made via the process of extrusion. This is one of the most common ways that dry dog food is made and involves a machine called an extruder. The extruder works almost like a bread oven, with ingredients being mixed, kneaded, and baked under high pressures and temperatures. The resulting product is a dry, biscuit kibble of different shapes or sizes based on the diet that was used.

● FAT (OR CRUDE FAT) is a fraction identified in the ‘analytical constituents’ part of a pet food label and indicates the percentage of fat identified in the food by chemical analysis. Diets for active dogs will typically have higher levels of fat than diets for weight management or less active dogs.

● FIBRE (OR CRUDE FIBRE) is a fraction identified in the ‘analytical constituents’ part of a pet food label and indicates the percentage of fibre identified in the food by chemical analysis. Dietary fibre can be important for gut health and to bulk faeces.

● FOS (OR  FRUCTO-OLIGOSACCHARIDES) are prebiotic fibres that are not digested but can be fermented by gut bacteria to produce substances that support gut health, in addition to supporting the health of the microbes comprising the microbiome population.

● GLUCOSAMINE is a substance often added to diets, or given as a supplement, to support joint health. It is naturally found in the cartilage of many animals and can be extracted from the shells of some marine animals such as mussels. A dietary supply may be useful for supporting the health of joints.

● GRAIN-FREE (sometimes termed cereal-free) foods are formulated without the inclusion of grain or cereal in their ingredients. This means these diets will not include ingredients such as rice, wheat, barley, or oats, although they will typically still include a carbohydrate source such as potato or sweet potato, so they are not carbohydrate-free.

● HYPO-ALLERGENIC diets are those that do not include ingredients thought to be involved in many dog intolerances or allergies, such as wheat, barley, dairy, soya, and others. The term literally means ‘reduced likelihood of allergy’ and can suggest the suitability of the diet for sensitive dogs. Historically, many hypo-allergenic diets were based on lamb and rice ingredients as these were considered unusual for many dogs. However, this is less true nowadays! 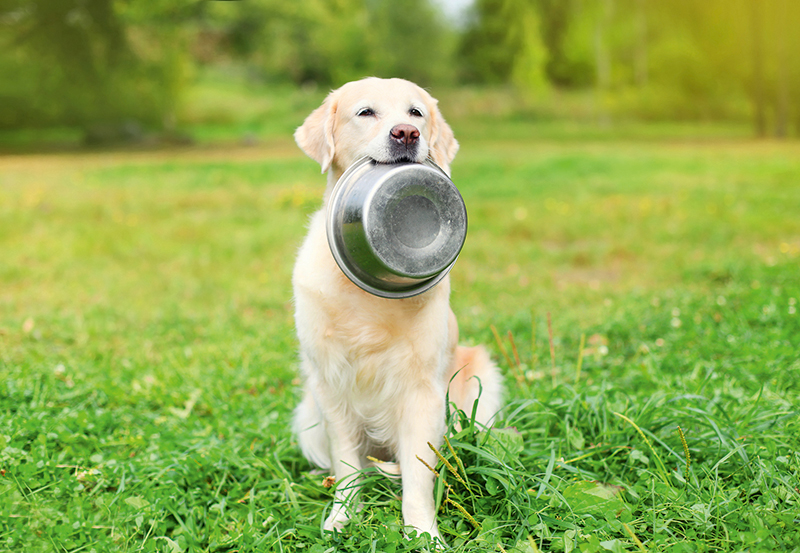 ● HYDROLYSED diets have their protein ingredients processed in such a way that the proteins are already broken down before being included in the food. The chemical process is called hydrolysis and means that the proteins are broken down into smaller parts. These diets can be useful for sensitive dogs or dogs with serious digestive disorders, as they can be easy to digest and may limit possible allergic or
other sensitive responses. Many veterinary prescribed diets include hydrolysed protein.

● METABOLISABLE ENERGY (OR ME) is information about the calorie content of the food. The energy content of dog food is measured in kilocalories and identified as ME, which is the energy in the food that is available and can be used by the animal consuming it. ME is usually measured in kilocalories per 100g or per kilogram of food. Foods to support puppy growth or high-energy dogs will have higher ME values than diets for more sedentary dogs or those on weight management.

● MICROBIOME refers to the population of microorganisms that naturally lives in the gut of all animals. The microbiome can be affected by stress, illness, injury, and specific situations like antibiotic treatment. Probiotics and prebiotics can help support a healthy microbiome. 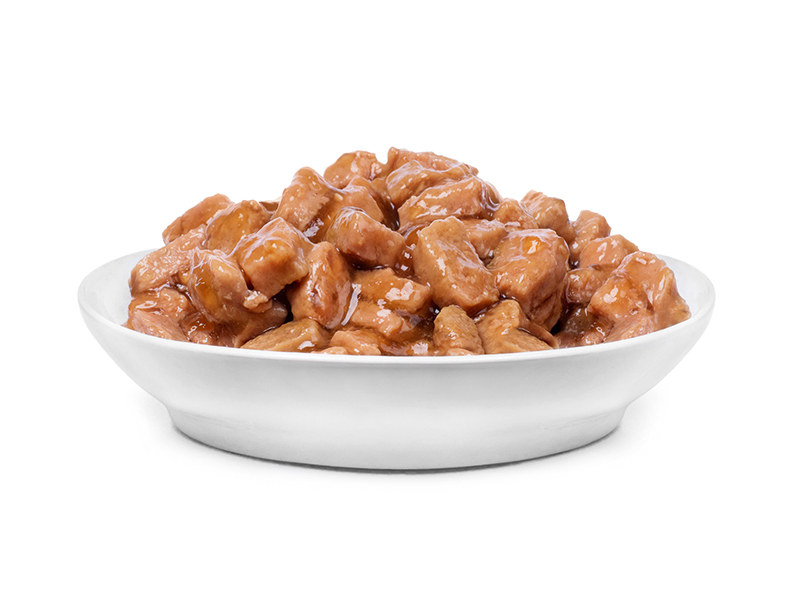 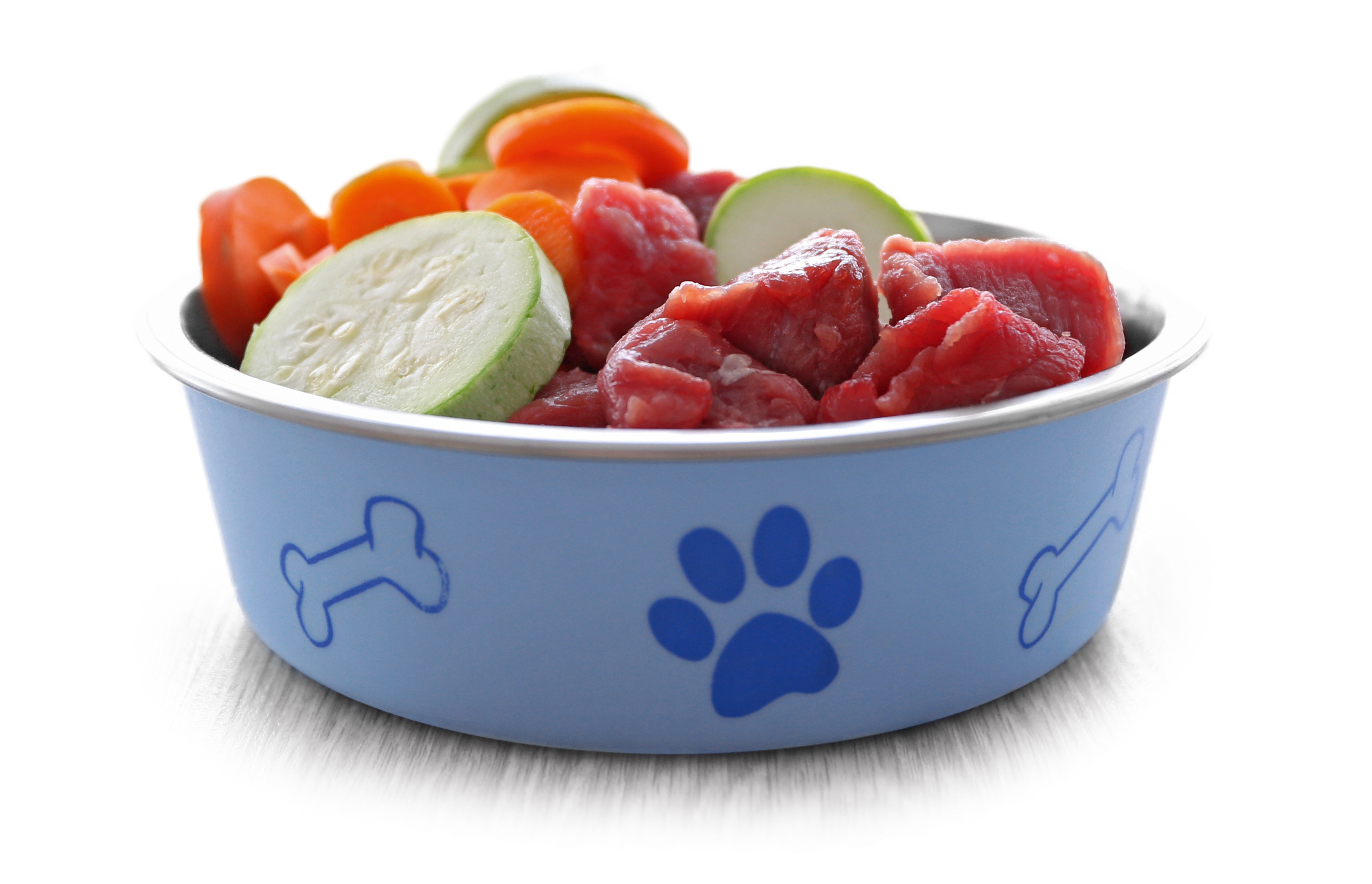 ● MOIST food is pet food with a moisture content of 60 per cent or more. Most tins and cartons of dog food are classed as moist.

● MOS (or mannan-oligosaccharides) are prebiotic fibres that are not digested but support gut health by limiting the attachment of potentially disease-causing bacteria to the gut wall, supporting the immune system and the health of the microbiome.

● OMEGA -3 FATTY ACIDS are a particular classification of polyunsaturated fats that are important in the body. Omega-3 fatty acids support the health and functioning of the immune system and are also important for the development of the eye and brain in young puppies. Plant oils such as linseed are a good source of some types of omega-3 fatty acid, notably alpha-linolenic acid. However, two other important omega-3 fatty acids, EPA (eicosapentaenoic acid) and DHA (docosahexaenoic acid) are primarily derived from marine sources such as fish oil and marine algae. EPA and DHA may be useful in managing overall health, especially in animals with inflammatory conditions. 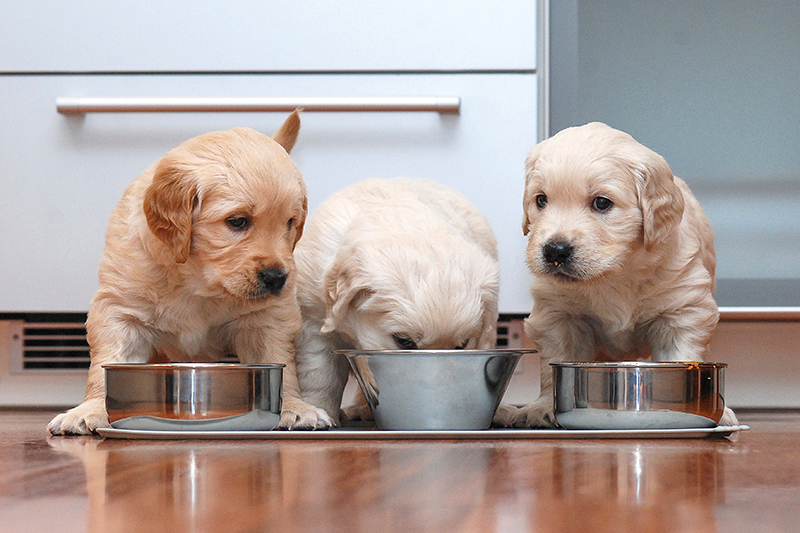 Making a meal of it.

● PREBIOTICS are substances that support gastrointestinal health. They do this by acting as substrates for the ‘friendly’ microorganisms living in the digestive system to feed upon, or by altering the intestinal environment in a way to reduce potential problems from disease-causing organisms. Prebiotics are often given at the same time as probiotics, although some ingredients in dog food will also be described as prebiotic, such as beet pulp.

● PROBIOTICS are microorganisms that can produce a positive health effect when given in appropriate amounts. Most probiotics are live microorganisms that are usually found in the digestive system of healthy animals and can be useful after antibiotic treatment or digestive upset/illness to support gastrointestinal health. A common canine probiotic is the bacteria Enterococcus faecium.

● RAW dog food is where there has been no processing of the ingredients except for chilling or freezing.

● SEMI-MOIST dog food is any food that has a moisture content between 14 and 60 per cent. Semi-moist pet foods are often in a nugget or kibble form, but care needs to be taken as they will have a shorter shelf life than dry foods, so need careful, airtight storage once opened.

● SUPER PREMIUN/PREMIUM are terms often linked with pet foods but have no specific definition. Diets labelled as such may have higher quality ingredients than other diets, or be processed in alternative ways, but the terms do not necessarily mean the product is better than one not labelled as such. 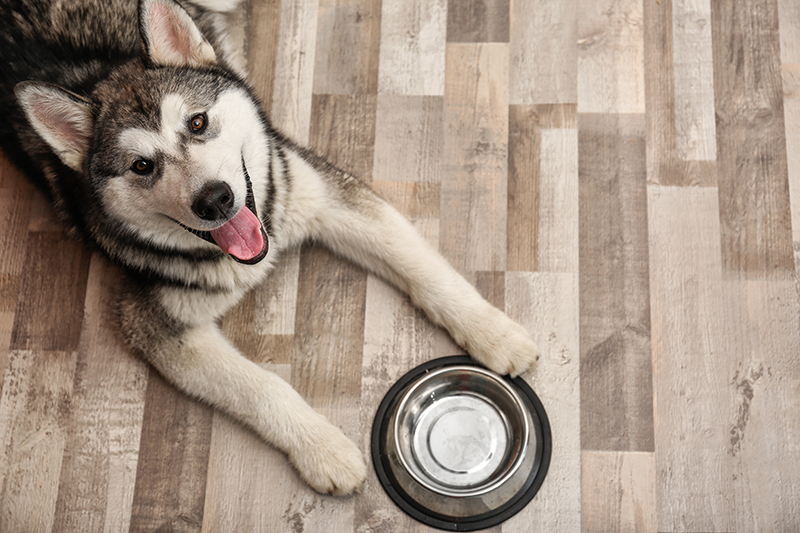 The best part of the day.

● TAURINE is an amino acid that is typically found in meat. It is essential in cat diets, but dogs can usually make enough of their own taurine. However, dietary taurine can be useful as it acts as an antioxidant and can be beneficial for heart health, vision, and reproduction.

● WORKING DOG FOOD indicates a food intended to be fed to working dogs. This term on a label identifies that the food is VAT-free (in the UK). The formulation and ingredients are often similar to those found in non-working dog food and it does not necessarily mean the diet is higher in energy or other nutrients.