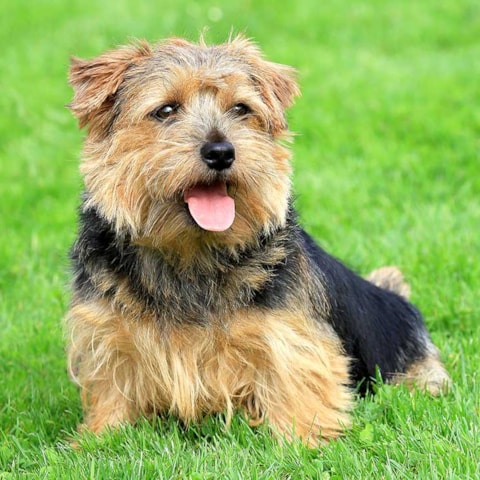 Colours All shades of red, wheaten, black and tan, or grizzle (a mix of dark and white hairs); white patches are undesirable

f9e917f3-4da1-4ae7-b1b8-06645bb24b16
The Norfolk has a delightful disposition. They are a true terrier - he loves to run, dig, and hunt. Training must be started early and be firm and consistent, but gentle - Norfolks can be sensitive little souls.

The hardy Norfolk Terrier has no known breed-specific health problems and no compulsory health tests are required.

However, when looking at puppies, potential owners should consider the following: do they look healthy? Are they alert and inquisitive? Are their eyes and ears clean? Always ask to see the puppies with their mother. If in doubt, do not buy.

History of the Norfolk Terrier

In the early 1800s there was no distinction between the Norfolk and Norwich Terriers. They did not become separate breeds until 1964.