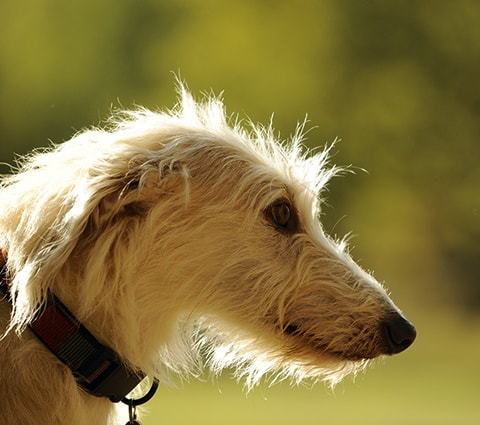 Colours Any coat, any colour

These dogs are a cross between one or more sight hounds — such as the Greyhound, Whippet, Saluki, or Deerhound — and one or more pastoral working breeds, most popularly the Border Collie, or a terrier. Sometimes there is no pastoral blood at all, and they are then really ‘longdogs’ (a cross between two or more sight hounds), although all mixtures are popularly called Lurchers. 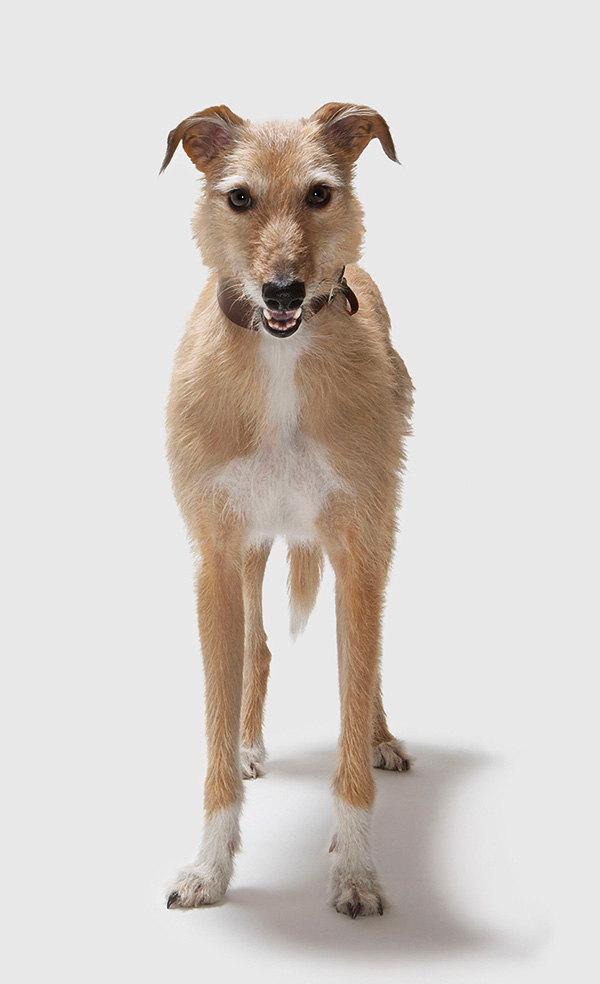 They have been in this country for hundreds of years, from times when poor people were forbidden by law to own Greyhounds — so ‘Milord’s’ svelte hunting dog would have an illicit tryst with a scruffy farm dog, the results hiding their racy lines under a rough coat.

The working dog added biddability to the sight hound, while the running dog supplied silence, speed, hunting ability, and a kind nature.

Lurchers have come in from the cold since those days, and we common people can own them, even though some of them have sleek coats, which advertise clearly what they are. Because they are cross-breeds, and many have several breeds in their make-up, there is a size, colour, and coat type to suit everyone, though the shape is always the same.

Nowadays, there are Lurcher events held all summer, where like-minded people can show their dogs, meet with fellow Lurcher owners, and take part in other activities, such as Lurcher racing, Lurcher obedience (which is totally different from Kennel Club obedience and so suitable for all types), and jumping competitions.

The Lurcher’s original purpose was to put meat on the table for the common man, and though times have changed, these dogs have not: they are fast, furtive, intelligent, and quick to react. Although the Hunting Act of 2005 made many of their traditional tasks illegal, they are still widely used within the law for pest control of rabbits and rats.

Any Lurcher you meet is likely to have been bred from working lines, and so retains the desire and capability to do his original job, whether you want him to or not.

What owners should know about the Lurcher

Lurchers are generally healthy into old age, but their speed and enthusiasm for the chase can mean collision injuries, strains, and rips. Their tails are long and thin-skinned, so take care to see your dog is in a clear space before you let him run, and be very careful with doors in the house and car. Deep-chested dogs can be at risk of bloat, so leave as long as possible between feeding and exercise.

Sight hound types have a higher red blood cell count than other dogs, and are also extremely sensitive to anaesthetics and sedatives, even the most modern ones, so it is important for veterinary staff to be aware of this. Vets who are Greyhound specialists are ideal for this type of dog.

Ideal home for a Lurcher: Calm, peaceful, cosy, with lots of comfortable furniture to sprawl upon.

Are Lurchers good with other pets and people: People need to be polite and not try to force their attentions. These dogs are not recommended to keep with small furries, though most can be taught to accept poultry and their own cat. They dislike bouncy, bad-mannered dogs.

Exercise requirements for a Lurcher: Ideally two daily walks of an hour each, which include some free running. Happy to go any distance if you’d like to do more.

Trainability: Will work with you, rather than for you. Can be trained to a very high standard, as long as they can see the point and are adequately rewarded. Won’t tolerate endless repetition, loudness, or rough handling.

Can Lurchers be left alone? If introduced to the concept positively and gradually, and are well exercised beforehand.