9af58310-5c0f-47ad-803a-f5ff9c05d281
Though numerically small, with his affectionate, easy-going nature and good looks, could the Lucas Terrier have a big future?
Content continues after advertisements

● Coat care: The Lucas Terrier standard describes the coat as ‘fairly harsh, weather resistant, and of medium length’. The coat is quite easy to manage but should be hand-stripped about twice a year to maintain the harsh outer coat.

● Health: Breeders and stud dog owners are required to carry out two tests prior to breeding — primary lens luxation (PLL), and a scan for inter-vertebral disc disease (IVDD), taken between two and three years of age due to the peak opportunity to detect calcification of the spine. Strict breeding controls mean these issues are becoming less of a problem.

● Character: Friendly, with no aggressive tendencies towards people or other dogs, and not fearful or nervous.

● Trainability: These dogs respond well to training and are usually motivated by food. They tend to have more loyal tendencies than other terrier breeds so are eager to please — but stubborn is a word that could be used!

● Exercise requirements: They love being outside so will happily hike all day with you, but they’re as comfortable spending the day on the sofa. A small amount of daily exercise is definitely necessary. 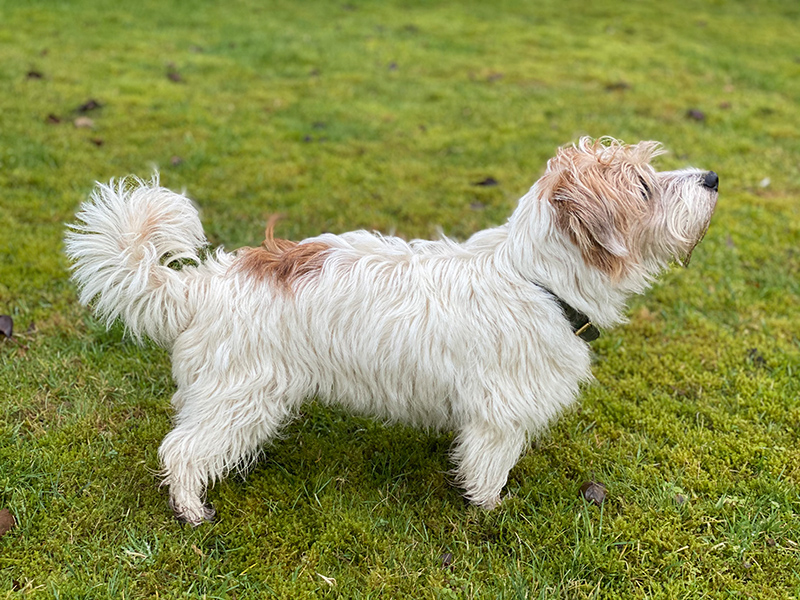 
A HISTORY OF THE BREED:

Sir Jocelyn Lucas, a long-time breeder of Sealyham Terriers in the first half of the 20th century, bred the first cross between a Norfolk Terrier and one of his own Ilmer Sealyhams. He found the mix produced an intelligent, feisty dog with an excellent temperament, suitable for use as a working terrier but equally happy as a domestic pet, and so named the cross after himself. The result was — and is — an intelligent, willing, and active dog, particularly good with young families, but also very suitable for older owners.

Every living Lucas Terrier Club (LTC)-registered Lucas Terrier in the UK is directly descended from Sir Jocelyn Lucas’s original Lucas Terriers. It is this link, occasionally combined with either an LTC-approved Norfolk or Sealyham only, that makes the breed unique.

There are approximately 350 Lucas Terriers living in the UK. These much sought after and most lovable of dogs have gained the loyalty of owners throughout this country and overseas.

Only a small number of litters are produced every year; sizes vary, but the average is three. There are no professional breeders dedicated to Lucas Terriers alone and, consequently, potential owners need to understand that it can be a long wait from joining the list to owning a Lucas Terrier.

Today, Lucas Terriers can make wonderful additions to a family, or devoted companions to those living alone. They require time and input, but with sufficient mental and physical stimulation these charming dogs lavish affection on their owners. The LTC offers support, information, and social opportunities to those who fall under the Lucas’s spell. 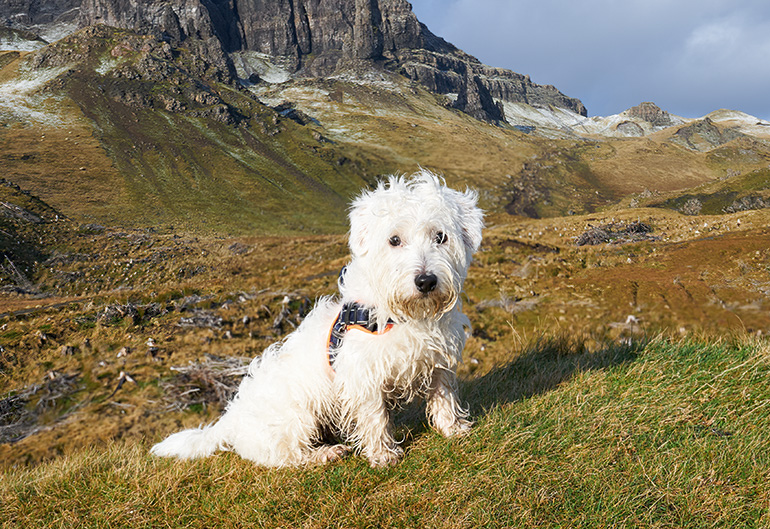 Lucas Terriers enjoy exploring the countryside with their owners.

Tell us about your dog?

“Even though Archie’s 10 months old, he’s still got the mind of a three-month-old puppy. He loves other dogs and always wants to play.”

Why did you pick this breed?

“After a good deal of research, a terrier seemed to be the perfect match. The family already has a Jack Russell and a Border, so we knew roughly what we might be letting ourselves in for. With a terrier’s energy and the Lucas’s easy-going temperament, we knew we had our perfect choice.”

Where did your dog come from?

“We registered our interest through the Lucas Terrier website and were contacted by puppy coordinator Becky Lythe. We knew it could be a good while before we might be lucky enough to be considered for a puppy.”

What have been your biggest challenges with your dog?

“Living somewhere slightly remote means socialising can be difficult; puppy clubs are not something we have been able to utilise. We take every opportunity for Archie to meet other dogs and people. He goes everywhere with us; it’s helping — but I wish he wouldn’t chase the rabbits so much.” 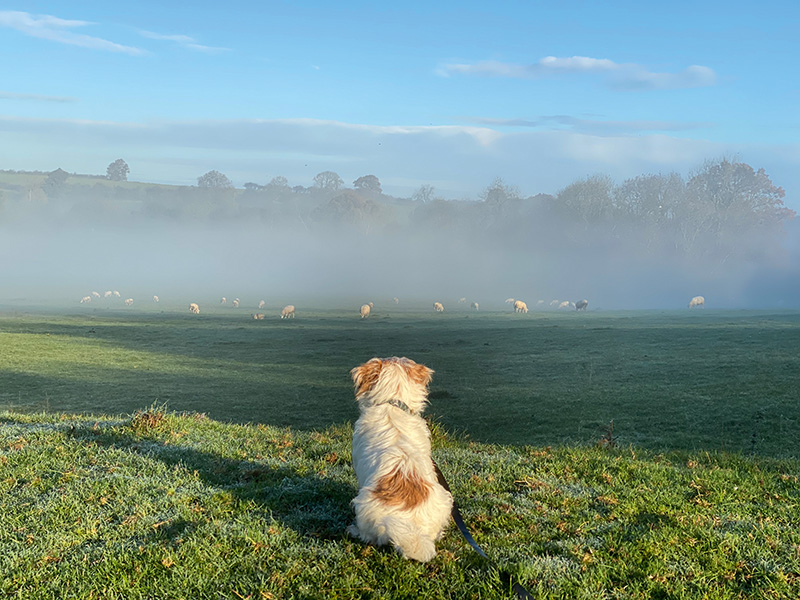 What have been your happiest times together?

“Every day we smile and have a laugh, whether he’s in the polytunnel eating the French beans; or during his bedtime routine, when he gets his snacks.”

Has your dog turned out as you expected?

“Becky was very good at explaining what Lucas Terriers were like, and having been around terriers we knew what was coming. So far, I wouldn’t change a thing.”

“No issues — it’s early days though.”

Any advice to other potential owners of this breed?

“If a terrier is on your wish list, a Lucas must be a consideration, but this comes with a commitment to help the breed and support the club.”

Sum up your dog in one sentence.

“Archie is a happy fella and a joy to be around.”

How easy is he to care for?

“There is very little that needs doing other than brushing and a bath when he gets dirty. Not having too much ground clearance means he does pick up dirt on long walks, and when he’s been digging you don’t want him near you.

“Lucas Terriers don’t moult, so there is hardly any hair to clear up, which is a huge plus.”

Would you have another dog of this breed?

“Oh yes. I think two would be great for each other, but the initial few months would be interesting. We’ll let Archie calm down a little before looking again.”

How have you found training your dog?

“Archie does things his way, but put a snack in front of his nose and most commands are possible. Once on the scent of a rabbit or other furry animal though, no command brings him back and he remains committed to seeking it out. He never goes too far though, and once he realises he hasn’t a chance of catching one he comes straight back.”

“He always wants to go with us, even if it’s just a trip to the shops or pottering around the house. But by far the best times are the walks. He gets quite excited and has so much energy no matter how long we are out for.”

The Lucas Terrier is not the same as the Sporting Lucas Terrier, which has other breeds in the mix, not just Norfolk and Sealyham.