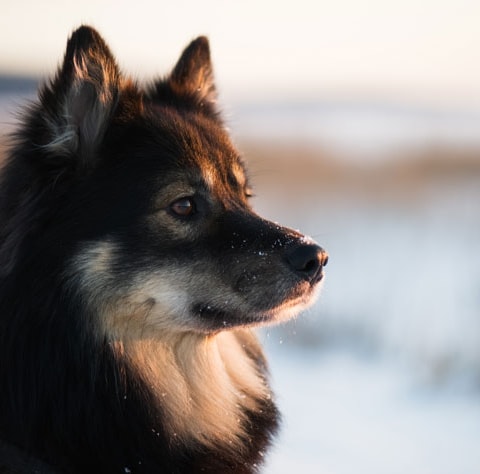 Colours All colours are allowed except merle. The main colour must dominate, although different colours are permitted on head, neck, chest, legs, tail, and underside of body.

dc723aa5-be5c-48f0-984f-ffdb1e0e5178
The Finnish Lapphund is a pastoral breed that was used in its native Finland as a herder of reindeer. It is a Spitz type breed which is commonly known for being nice and clean - free from so called 'doggy odour'.

This is another typical spitz breed with a stocky body, pricked ears, a thick coat, and the typical curled, high-set tail. They come in a variety of colours, but one colour always dominates and the others are usually at the extremities.

The Suomenlapinkoira (as it is known) and similar types of dog have been used in Finland and in the northern parts of Russia to herd and guard reindeer for centuries, although more recently they have multi-tasked and have turned their paws to herding cattle and sheep, too.

Funny and intelligent, strong herding instinct is often present.  The Finnish Lapphund has a lively and active personality, and a willingness to learn, which has led to them becoming popular family dogs. They will certainly alert you to potential intruders, as they have a lot to say for themselves and a natural guarding instinct! 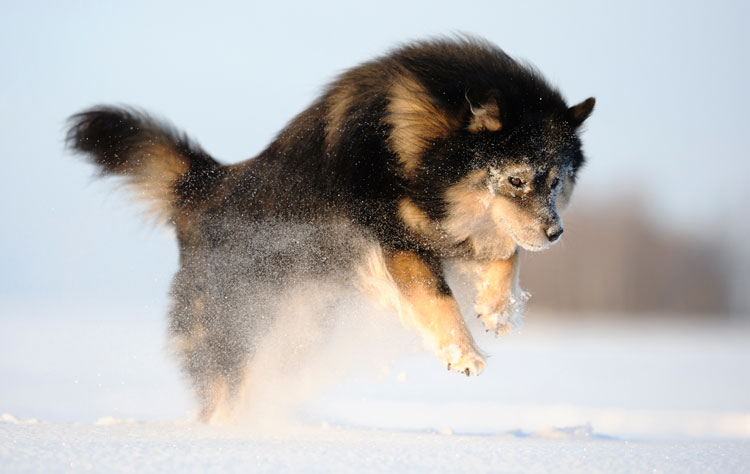 The ideal size is around 49cm for dogs and 44cm for bitches.

A breed generally free from major hereditary diseases and conditions.

May require extra attention during warm summer months so as to avoid any risk of over-heating.