8de803a8-2533-4402-a010-9d37b9e30deb
Bulldogs were originally bred to bait bulls, the early examples of the breed were aggressive and tenacious fighters who would continue fighting despite their own injuries.

The Bulldog is a popular mascot due to their tough and persistent character.

Personable and friendly with a lively sense of humour, Bulldogs are an excellent family dog who will prove extremely loyal. They are easily trained but do not respond well to negative behaviour or raised voices. 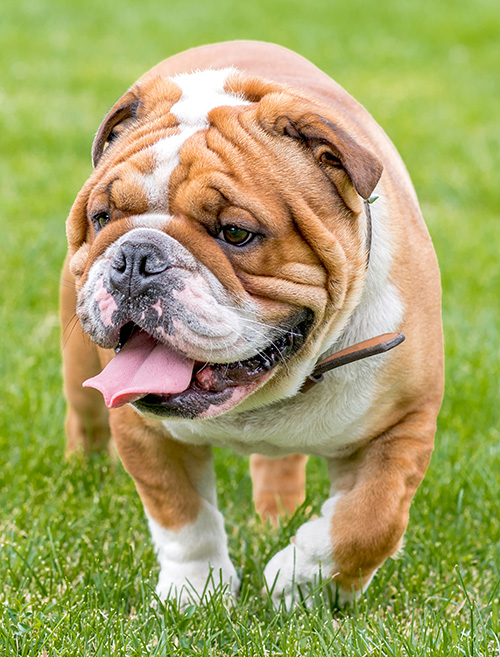 Dogs should weigh around 25kg and bitches 23kg with a height of between 31-35cm.

With its squashed face the Bulldog is prone to breathing difficulties. They also struggle to deal with extremes of temperature.

They shouldn't be allowed to exert themselves too greatly in hot conditions.