The Briard was also a favourite breed of progressive American thinker and author of the Declaration of Independence, Thomas Jefferson. 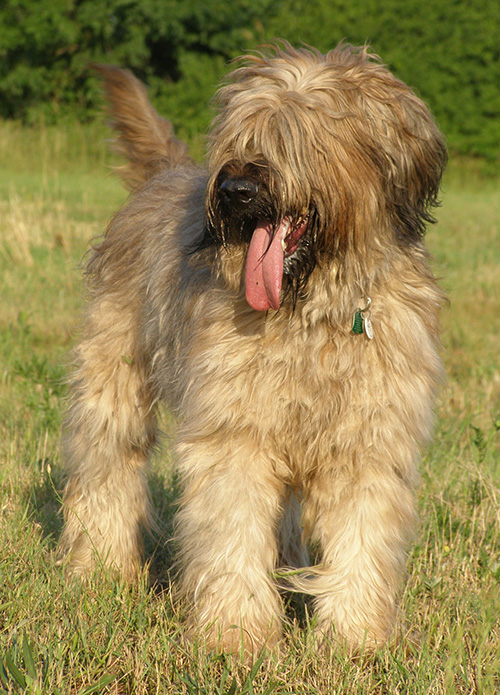 The Breed Standard describes their temperament as being "very intelligent, gay and lively" and they also continue to exhibit strong herding and protective instincts toward their family. They are good with children, other pets and the public at large once they've been shown that there is no threat from them. They don't respond well to being left out of family activities and sometimes issues of dominance can arise, especially where effective socialization hasn't been carried out.

The Briard's Breed Standard specifies a height of 61-69cm for dogs and 58-65cm for bitches.

Early socialization is a must with this breed and care should be taken to let them bond with each member of the family as otherwise they can become possessive of certain family members.