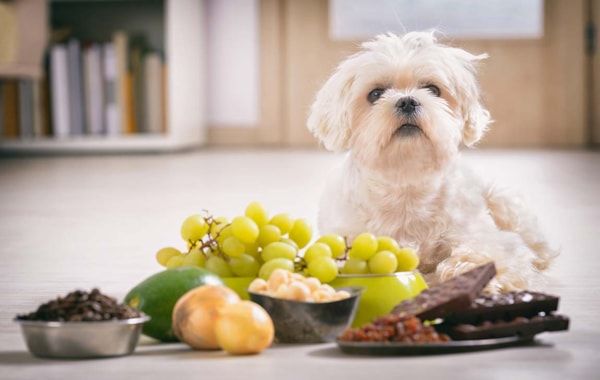 You need to be extra vigilant during the Easter period, especially with all those tempting foodstuffs lying around, many of which are poisonous to our dogs. Vicky Payne explains.

What do Halloween, Christmas, and the upcoming Easter celebrations have in common? A rise in the number of possible poisoning cases that vets have to treat!

At other times of year, we tend to keep food shut away, out of the reach of greedy pups, but during these celebrations we seem more likely to leave it lying around. 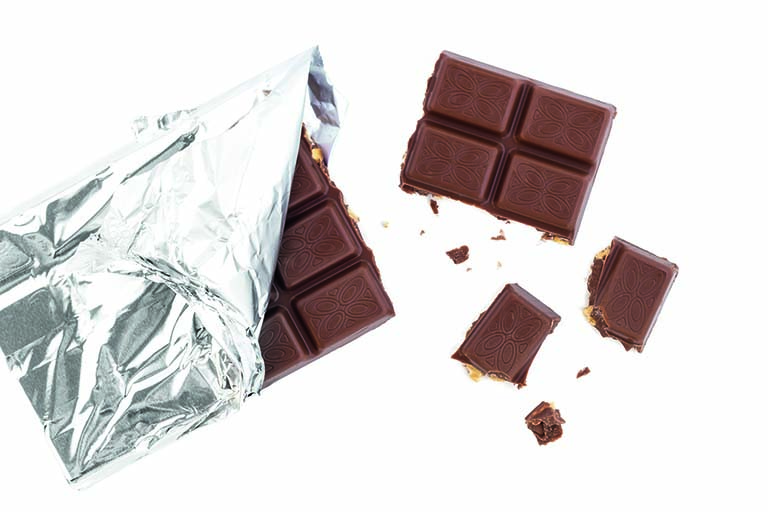 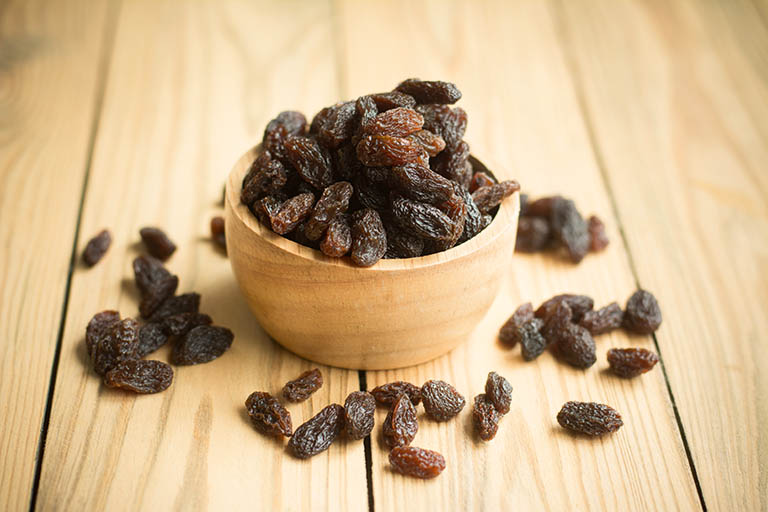 Chocolate and raisins are both poisonous to dogs.

So far, the run up to Easter has been fairly quiet on the chocolate front; however, an aptly named chocolate Labrador, Buttons, did give his owners a scare. While they were out for the morning, Buttons sniffed out a box of Celebrations from a kitchen cupboard, and helped himself. He was found snoozing on his bed, surrounded by the torn-up box and several wrappers. The rest of the contents were missing. Buttons’ owner called us (it was a Sunday afternoon, but we are open seven days a week) in a bit of a panic. Our receptionist calmed things down, and managed to find out the size of the box. We used our handy chocolate toxicity calculator and worked out that Buttons would not have eaten a toxic dose, as the milk chocolates (and wrappers) he’d eaten were filled. However, this dose of sugar all in one go was likely to result in an upset stomach later on, so we advised Buttons’ owner to bring him in for a check over, and to pick up some probiotic paste.

Easter and Christmas also see lots of treats loaded with that other common dog poison — raisins. Grapes, sultanas, raisins, and currants cause acute kidney injury and can be fatal. Even very small amounts can be dangerous, and a hot-cross bun could certainly cause symptoms. Some dogs are particularly sensitive, so we always advise that we see dogs who have ingested grapes (fresh or dried) and make them vomit. If it is too late to make the dog sick, then we will monitor the kidneys with blood and urine tests and start intravenous fluids. Our Facebook page and waiting room are full of posters warning of the dangers of Easter foods, so maybe I won’t have to deal with any more hot-cross bun or Easter egg vomit this year! 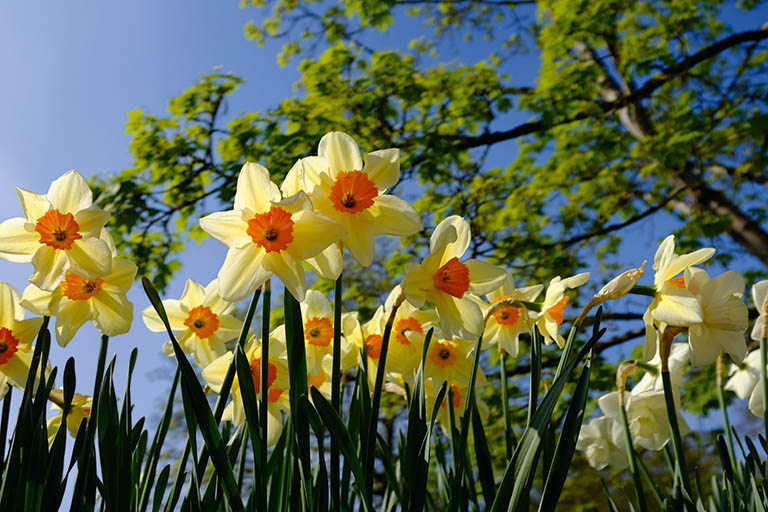 Lovely daffodils — but they’re also poisonous to your dog.

An emerging toxin for dogs is the sweetener xylitol. This is most commonly found in sugar-free chewing gums and diet products, but it can also be used in medicines, peanut butter, and cake frosting. Xylitol causes dogs’ blood sugar to drop dangerously low, which can result in collapse, fitting, and death. Large doses may also cause liver failure up to a week after ingestion.

It has been a couple of years since I last saw a dog who had eaten xylitol, and I won’t ever forget the children in the family crying inconsolably, as I warned their parents how dangerous chewing gum could be. Thankfully, the gum-stealing Vizsla hadn’t had a big dose, and after regular blood tests showed no drop in blood glucose or changes in his liver, he got the all-clear.

From my office window, I can see some very nice yellow daffodils, but, you’ve guessed it, these can be toxic to dogs too. Bulbs, including daffodil, lily, and crocus, can cause nasty stomach upsets. Keep a close eye on your dog while planting these out in the garden as I have treated several dogs who followed their owners around, digging up the bulbs, and snacking on them! Other poisonous houseplants include begonias, ivy, elephant ears (caladium), and dumb cane (dieffenbachia), so check the label and plant websites if you are planning to give a houseplant as a gift to a pet-owning friend this Easter.

Foods aren’t the only danger to dogs around Easter. We have several patients recovering from surgery to remove foreign objects — including children’s toys and batteries — from their intestines. With extra visitors in the house during celebrations, it can be hard to ensure everything is put out of reach, especially if your guests aren’t familiar with dogs. Hearing aids seem particularly attractive!

Finally, a warning about sharing your special Easter meal with your dog. Onions and garlic can both cause changes to the red blood cells. Usually it takes quite a large dose to cause problems, but cases have been seen in dogs fed human foods containing small amounts of onion or garlic over a long period of time.

Make sure you know who to call in case of emergency if your practice is closed over the Easter weekend. And take any remaining packaging with you, so your vet can more accurately calculate whether your dog has ingested a toxic dose.