Why is my dog possessive? 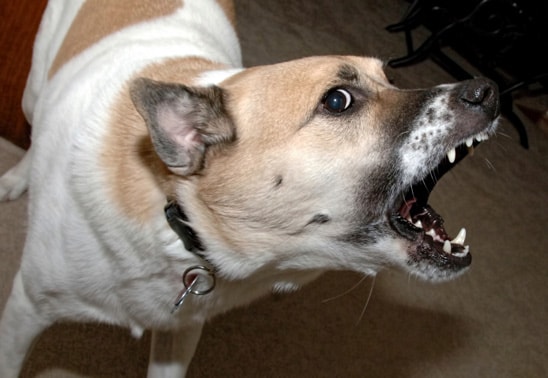 Why is my dog possessive? Possessive aggression should always be taken seriously, in any dog - not least because of the way it can so easily and rapidly escalate as a problem, if not better understood and handled.

The progression of a dog from early possession issues over food or toys in puppyhood, to the aggressive domination of a whole household as an adult, can be an all-too-common pattern. It can also be the reason why many dogs are given up for rehoming, or even put to sleep.

So what is possessive aggression? A typical possessive-aggressive scenario occurs when a dog mentally lays claim to a particular bit of territory or resource - which can be anything from his food or bed, to his owner or another household member - which he will then seek to retain, or defend from any other rival, with the use of hostile behaviour. This can be anything from teeth baring or a growl, to an all-out lunge and bite.

The initial motivation for the behaviour usually stems from some kind of deeper-rooted insecurity or fear, such as a dog losing control of his resources or environment. But the real problem lies in what he discovers about the effects of his aggression on others, such as it frightens or intimidates them, and makes them back off or leave him alone. Once the dog has discovered the rewards of his aggression, the desire to use the same behaviour again and again, in any scenario where he feels even vaguely challenged or threatened by some rival - human or canine - can become too great to resist.

Another common reason why possession aggression escalates so seriously in dogs is because of the way owners attempt to solve it through fighting fire with fire. When a dog shows aggression towards them around his food bowl, or over some other item he is attempting to guard from them, they become aggressive in return. They either physically punish the dog, or try to forcibly remove the guarded item from his possession.

Genetic reasons for a possessive dog

Too often I will see owners being blamed for this behaviour in their dogs, when the problem stems predominantly from their poorer breeding, temperament wise. At the heart of the possessive or control-aggressive impulse in dogs usually lies some hyper-sensitive, if not paranoid, perception of threat, which typically has a genetic origin, but can be greatly exacerbated by additional external stresses and a more deprived, abusive, or insecure early start in life.

So always ask a breeder if you can watch a litter of pups feeding, not just when they are very young, but also when they are older (six weeks plus). You might see one or more pups being more aggressive - growling and snapping - at other pups who get near them when they are feeding. These are not the dogs I would choose to own. If you are a breeder, also understand the vital need to remove all aggressive feeders from the communal eating area as soon as their hostile behaviour starts. Feed them separately by hand, so they have nothing to guard or get possessive about.

You must seek expert help

Things that can make dogs possessive

Also teach him the ‘Leave and come' and ‘Give' commands. For the former, first wait until your puppy has got hold of something in his mouth. Instead of trying to chase him to grab it, or him, call him to you for a delicious treat. As he leaves the item behind to come to you, say the words ‘Leave and come!'.

Praise him fully for his cooperation. Then give him the treat plus an exciting toy to play with. Quickly remove the item you did not want him to have. Repeat this exercise daily.

If your puppy has something in his mouth you don't want him to keep, still use the ‘Give' command, reward him, then replace what he has given back to you with an exciting toy instead.

How to handle possessive aggression

Dogs with possessive/control problems can be much like those people you know, around whom you always have to mind what you say or do, for fear of them taking it the wrong way or flying off the handle. You might call them touchy when actually they are just intrinsically hyper-sensitive to the prospect of challenge or threat. Dogs like these can be very stressful for other people or dogs to be around. They don't like sharing and they don't like anyone hovering near their favourite stuff - often including their owners. They also always have to be handled differently. Because of their strong control neuroses, and intrinsically shorter fuses, you cannot allow them total free access around your home, to commandeer resources or bits of territory at will. Set better limits instead on where they can go, using stairgates if necessary, because they can't guard what they can't have access to. And that includes you.