Why does my puppy wake at night? 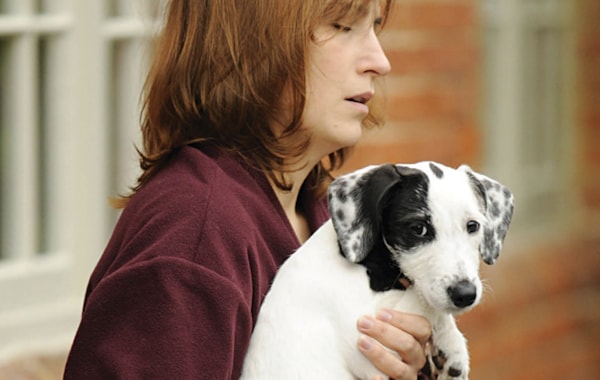 (Q) Three weeks ago we got an 11-week-old Cocker Spaniel puppy, called Holly. She has a crate that she goes in during the day and night to sleep. She knows it is her den already and will settle in the day happily with the door open.

At night, she goes to bed at 10pm but she starts howling, barking, and crying at 1.30am and again at 4.30am, when we eventually get up to her. We are morning people and are usually up at 6am. At these times she usually soils her crate, but once we have cleaned up and given her a cuddle, she goes back to sleep. We have tried leaving her to howl and bark for about half an hour, but eventually we have to get up. She has slept all through the night on two occasions. Do you think we're expecting too much from her?

(A) Behaviourist Claire Arrowsmith says: At 11 weeks of age it is normal for your puppy to wake up during the night to toilet. It is difficult for puppies to hold on much longer than a few hours and they often cry to be let out as they don't like toileting where they sleep.

This is all part of owning a puppy, I'm afraid. As your dog grows up and her digestive system matures, your puppy will be able to hold on for longer. Set your alarm and get up to let her out before she has soiled. Put her out to toilet calmly and quietly and then put her back to bed. If she wakes you and you get up, it's important that you don't make a fuss of her.

Wait a little longer before you let her out each night and she should gradually improve. Make sure she is out of any draughts and you should find that she soon sleeps through the night.