How can I help my pup to settle? 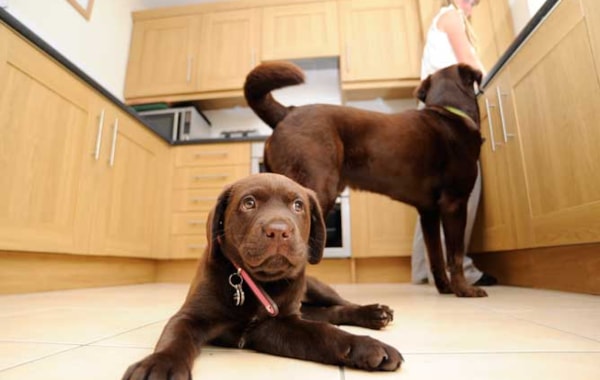 If you've got a puppy and he is very boisterous, then check out How can I help my puppy to calm down?

Ideally a pup should leave his mother at seven to ten weeks old, so he has had time to learn about other dogs but is still young enough for positive early experiences with humans to really count. The first few days are vital.

Before you bring your puppy home

Remember your pup is likely to feel he has been snatched away from his home. Help make the transition easier for him by leaving an old T-shirt you have worn with the breeder on your last visit before collection. With this placed in the litter's bed it will make your scent familiar to him as well as absorbing the scent of his family. When you bring your pup home, collect the T-shirt and put it in his travel basket and then his den. It will comfort him as he adapts to his new environment.

As soon as you arrive home, take the puppy into the garden and reward him as soon as he's been to the toilet. This will set the tone of positive reinforcement and let your puppy see how they should behave. Allow the puppy freedom to explore his new surroundings, but pay close attention to where he goes. It's a good idea to follow them with some treats to keep their attention focused when you need it to be.

Try to collect your pup early so he has the whole day to get used to his surroundings before settling for the night. Take time off work if necessary so your pup is not left alone for at least a few days. Control how and when any children play with him and give him time to explore alone but supervised.

INTRODUCING YOUR PUPPY TO YOUR OTHER DOG 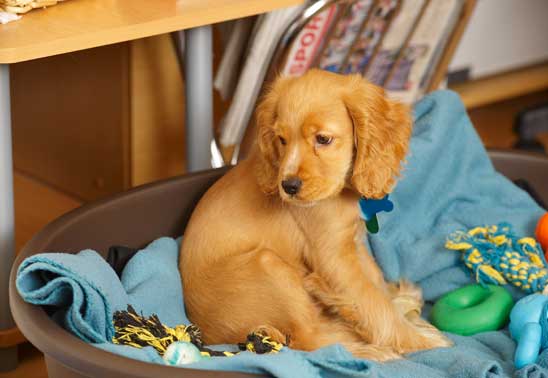 Some puppies settle straight to sleep but many cry during their first night in a strange place, in which case it may be kinder to allow them to sleep near you to begin with. Try to make the process of teaching your puppy to sleep alone a gradual one.

HOW DO I STOP MY PUPPY CHEWING EVERYTHING