Can you over-exercise a puppy? 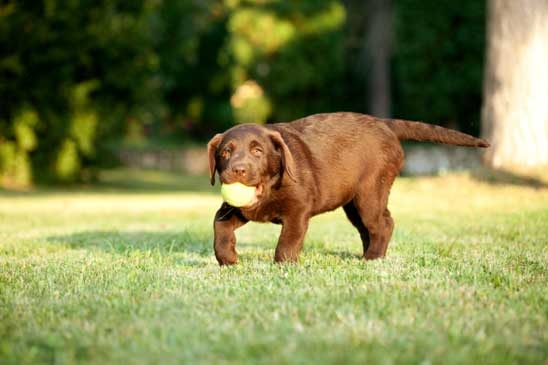 (Q) I have an 11-month-old Springer X Poodle and for the past five or six months I have been walking him on the lead for 50 – 60 minutes twice a day. On about 10 occasions I've substituted one of the walks for a run in the woods. I'm now concerned that I have overdone it and caused damage to his growing joints and skeleton. Could this cause health problems in the future?

(A) Vet Roberta Baxter says: It's worth building up exercise levels gradually in young dogs as excessive or uncontrolled exercise in immature animals can cause damage to developing joints, and any dogs with pre-existing joint disease (which can occur in young dogs) are particularly susceptible.

The level of exercise you describe for your 11-month pup sounds fairly high, but not excessive, and I think that if he is fit enough to do an hour on lead twice daily, a little off-lead exercise should be fine too. However, should he show any signs of lameness, joint pain, or swelling, then it would be wise to cut back the exercise and have him checked out by your vet.

Long walks aren't a good idea and can stress growing joints and muscles leading to future health problems. A leisurely 15-minute stroll two or three times a day will be plenty for most dogs until at least six months old, and older for large breeds. After this time, slowly increase the length of time you're out for.