Your Dog Members can enjoy a discount on admission, and your dog will love it too!

Image: Bamburgh Castle from the beach.

Bamburgh Castle has stood guard above the breathtaking Northumberland coastline for over 1,400 years. Set on a rocky plateau, overlooking the spectacular beach, Bamburgh is one of the largest inhabited castles in the country. Over time it has been home to a succession of kings, from Henry VI to James I, and is now owned by the Armstrong family. It was the ﬁrst castle in the world to fall to gunpowder during the War of the Roses.

Bamburgh welcomes visitors year-round to enjoy the grounds and state rooms, displaying over 3,000 artefacts, a unique collection of artwork, and the Armstrong and Aviation Museum where you’ll find the wreckage of a crashed Spitfire. Dogs are allowed in the grounds, the museum, the Victorian Stables, and the Tack Room Cafe, all free of charge.

Eight-year-old French Bulldog Dora loves nothing better than a visit to Bamburgh.

Owner Will Douglas is visitor services manager at the castle, and he’s lucky enough to take Dora to work with him every now and then. 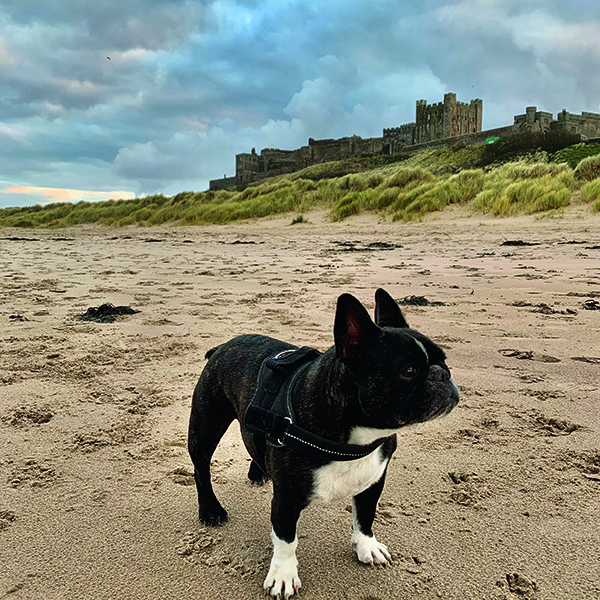 Dora on the beach

“We basically start the day with a walk along the beach — Dora’s favourite — then head up to the castle to prepare for the day ahead, where Dora does a site walk with me before opening. Then we have breakfast — coffee for me and normally a couple of chews for Dora,” said Will.

“Obviously I’m slightly biased, but Bamburgh Castle is fantastic for dog families — the whole site is dog friendly apart from the state rooms. We have a museum, stables (catering seating area), all the grounds, and coming soon a dog room where owners can shelter with their pets while the other humans take turns going through the state rooms. Since opening the gates to dogs on site we have had over 10,000 visit us, which is great. I think the main thing that stands out is every member of the team at Bamburgh Castle owns and loves dogs, which ultimately means all dogs get an amazing welcome!” 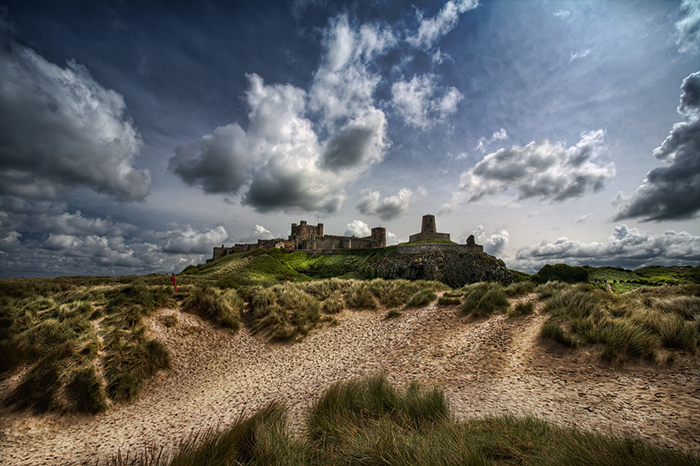 DID YOU KNOW: Bamburgh Castle beach is dog friendly and dog bins are provided.