How to protect your dog against theft 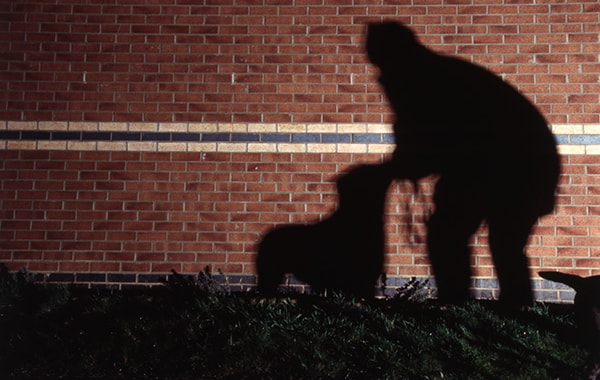 With dog theft showing no signs of abating, Joanne Bednall investigates this worrying trend, and how we can keep our pets safe...

If you live in London, West Yorkshire, or Kent, and own a Staffordshire Bull Terrier, then watch out. Because, statistically, you are more at risk of having your dog stolen, according to research recently released by insurance company Direct Line.

And while the Staffordshire Bull Terrier is still the most commonly taken breed (210 stolen nationwide in 2017), numbers have fallen 15 per cent compared to 2016. Cross-breeds (such as Cockerpoos) remain at number two on the list (82), while the French Bulldog is now third, up from fifth the previous year (61 in 2017, compared to 48 in 2016).

The dog theft capital of the UK

Meanwhile, data obtained under the Freedom of Information Act by North Yorkshire-based pet insurer The Insurance Emporium found that Lincolnshire has the highest rate of dogs stolen per capita.

Dubbed ‘the dog theft capital of the UK’, due to its accounting for eight per cent of the entire country’s canine thefts in 2017, this rural area, ranging from the rolling hills of the Wolds to the flat fens and marshlands, has a large farming community, and a high proportion of dog owners and breeders.

Figures show that 152 dogs were stolen in the county last year — up 58 per cent on the previous year, many of them being puppies who were stolen from their breeders’ premises. Even western parts of the UK — mid and west Wales — haven’t escaped this concerning pattern, with 70 dogs being taken last year compared to 23 in 2016, a 200 per cent rise. Here, Jack Russells were the most targeted breed.

There have been suggestions that this may only be the tip of the iceberg, with a more accurate figure being closer to 60 dogs stolen in England and Wales each week. This could be due to some owners not reporting the theft, as well as police forces recording crime differently across the country, often categorising pet thefts as robbery or burglary, and therefore disguising the true extent of the problem.

However, despite the depressing nature of these statistics, there is one positive aspect. Direct Line found that stolen dogs still have the same chance — 20 per cent — of being reunited with their owners as in 2016, with the East of England boasting an impressive 40 per cent recovery rate. From a total of 116 dogs stolen in 2017, 47 were returned to their owners.

Dog breeds at risk of being stolen

And The Insurance Emporium also uncovered some good news — South Wales Police were able to celebrate a 75 per cent reduction in dog thefts last year. This research has raised some interesting points, not only concerning location hotspots, but also the breeds most at risk, and whether we, as dog owners, are unwittingly helping to fuel the rise in canine theft. The high values placed on prestige pets are making them more attractive to thieves.

Recently, the popularity of French Bulldogs, owned by celebrities such as the Beckhams, Leonardo DiCaprio, Lady Gaga, Hugh Jackman, and Madonna, and the White Swiss Shepherd Dog, made famous by the Range Rover Velar advert, has soared.

“The huge increase in interest in the White Swiss Shepherd Dog is clearly linked to the TV advert featuring the breed, and demonstrates the enormous impact that advertising can have on people’s desires and impulses when it comes to puppy buying,” explains Caroline Kisko, Kennel Club secretary.

“While the White Swiss Shepherd Dog can make a wonderful pet, it is not suitable for everybody. There are 220 pedigree dog breeds and each has unique and predictable characteristics that make them suitable for various different lifestyles, so we hope that people will see beyond the way a dog looks or their profile in the media, and do their research before they buy any dog breed.”

Dog breeds that are prime targets for theives

Prit Powar, head of pet insurance at Direct Line, says: “The rise in popularity of the ‘designer’ dog breeds among celebrities, and the fashion for certain types of dog, mean people are willing to pay thousands for an animal, which unfortunately makes them prime targets for thieves.

“Pedigree owners need to be especially vigilant. Some of the reasons behind dog theft include using the animal for dog fighting, breeding, or selling on.” The Insurance Emporium’s chief executive officer, Francis Martin, adds:

“Dog theft is a devastating crime, and, when it happens, all you want to do is get your pet back as soon as possible. “If the worst should happen, report it to both the police and your insurer as many policies nowadays will cover the costs involved in trying to find your pet.”

13 tips to keep your dog safe

According to the Pet Theft Census, 52 per cent of dogs are stolen from gardens, 19 per cent as a result of burglary, 16 per cent while out on a walk, seven per cent when tied up outside shops, and five per cent having been left unattended in vehicles. Here are some ways to help protect your pet.